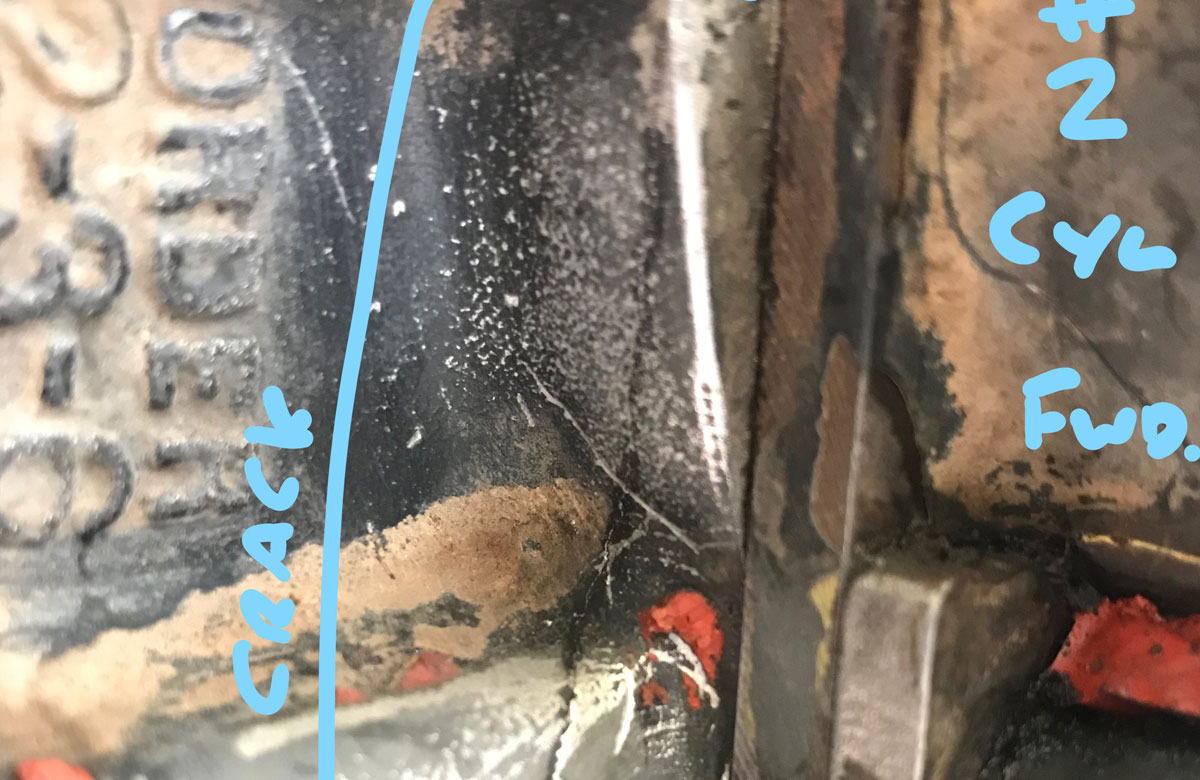 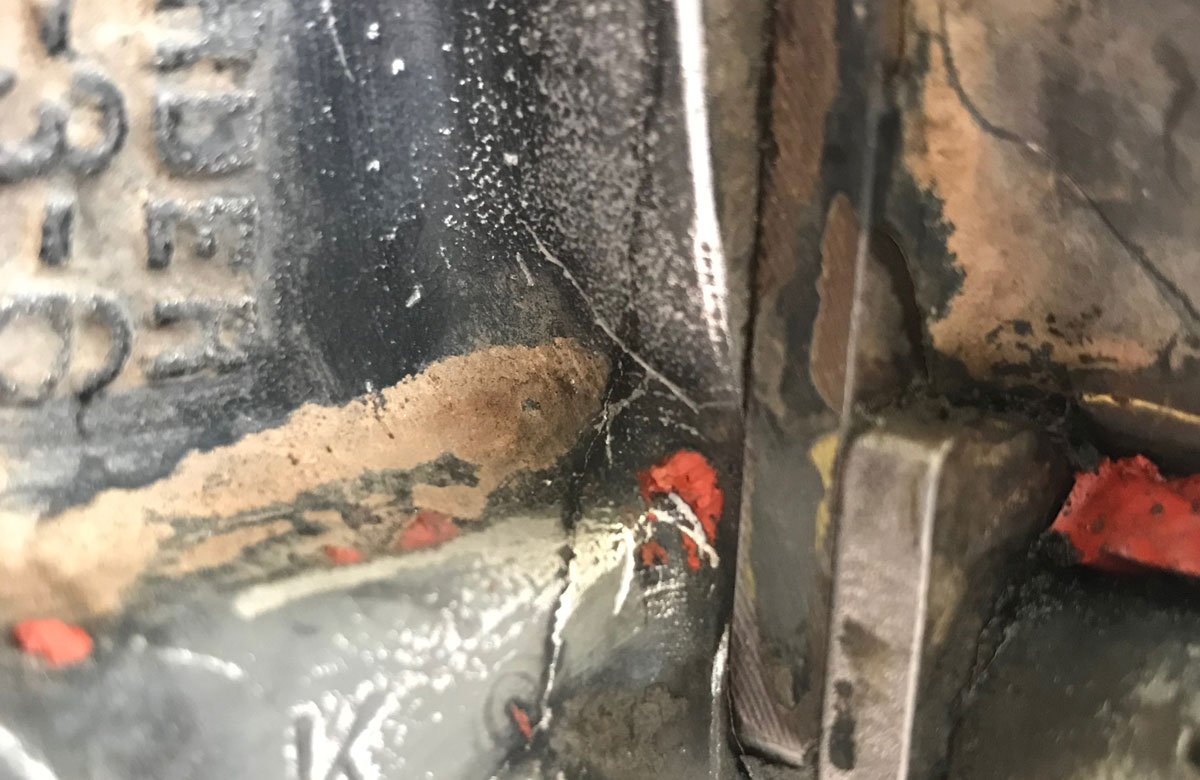 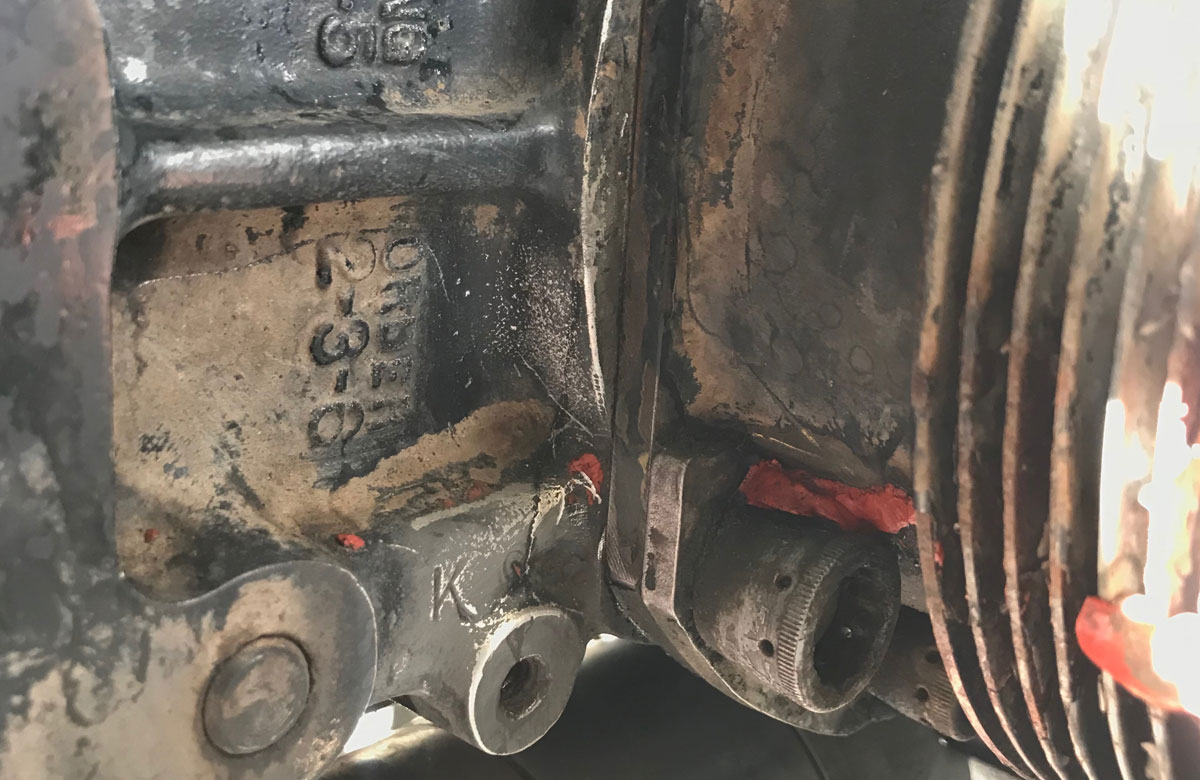 LYCOMING O540–ATA 8520 RECIPROCATING ENGINE POWER SECTION–CRANKCASE–CRACKED. DR 611852252 (image above)
Oil leak detected during operations tracing back to the lower FWD side of cylinder #2. On removal of propeller and baffling, crack found in the crankcase. Engine to be removed and sent to approved repair facility. 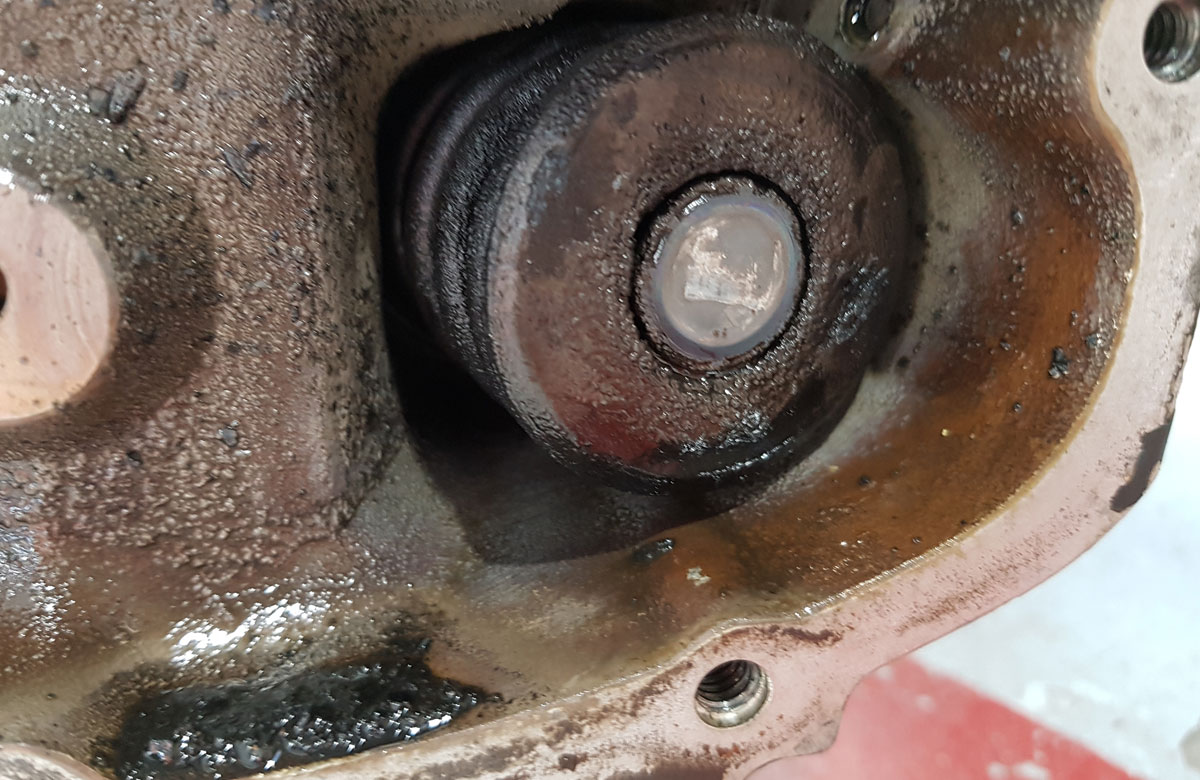 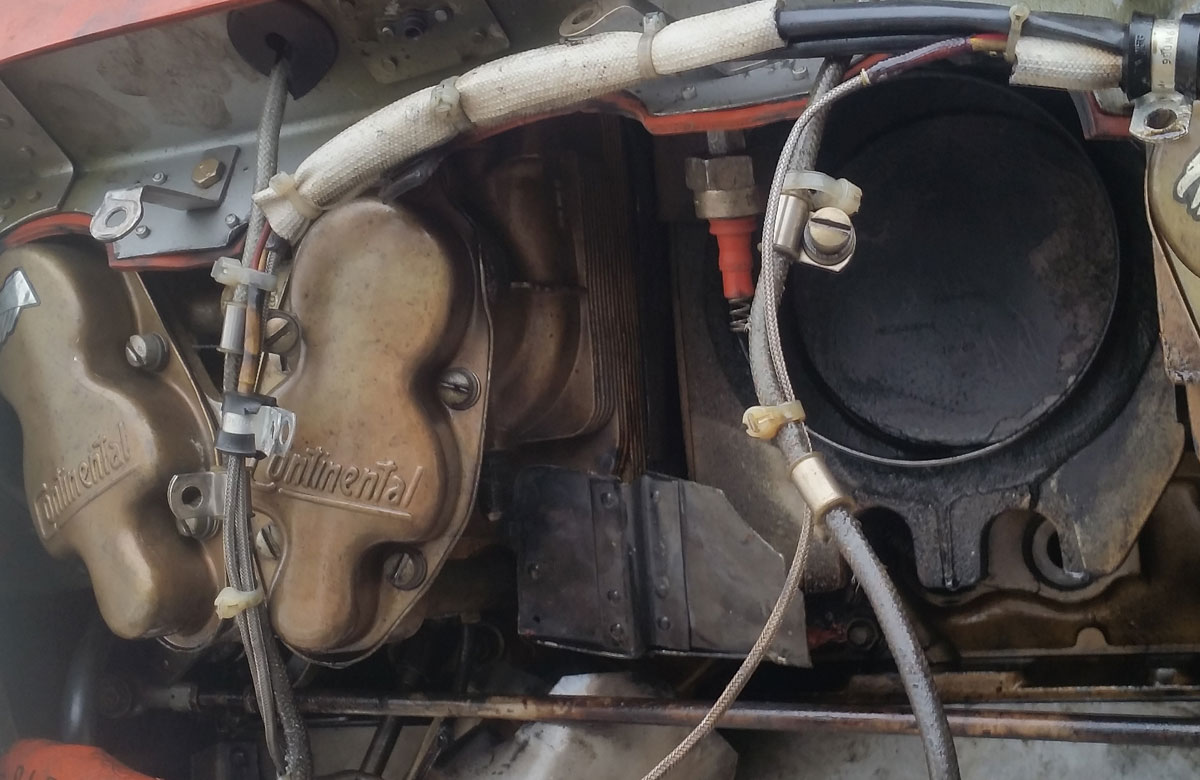 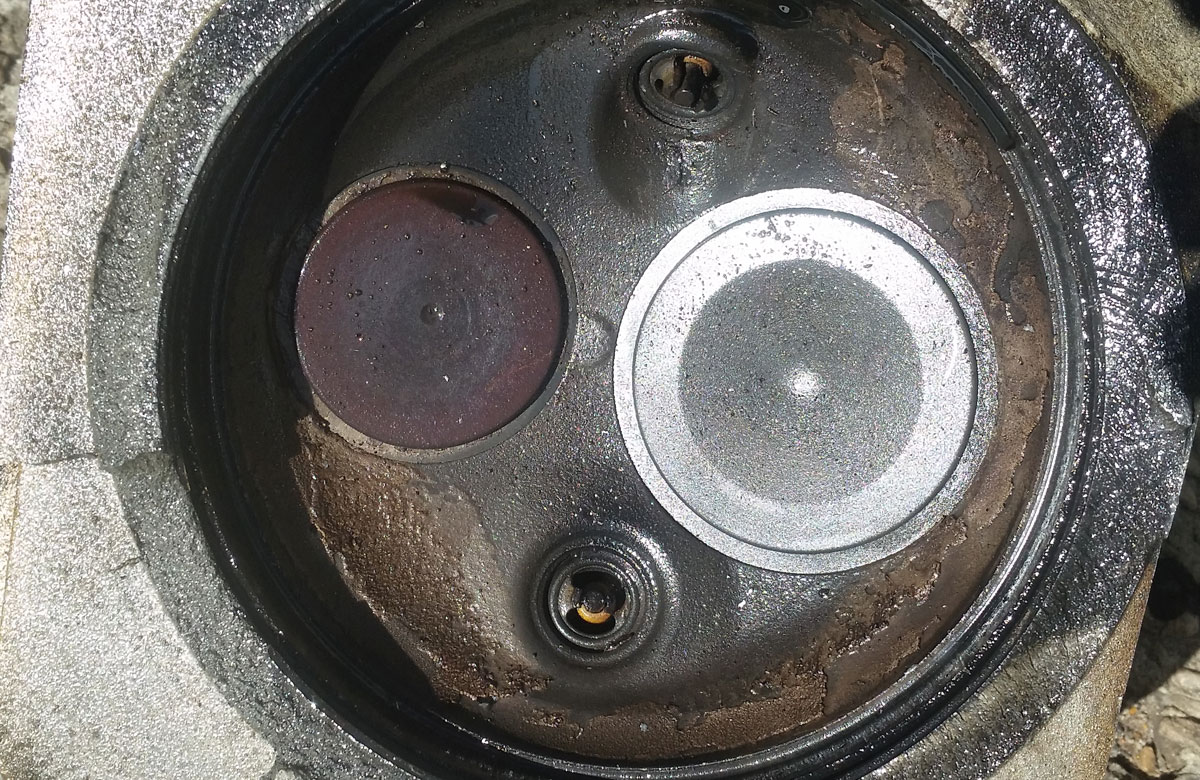 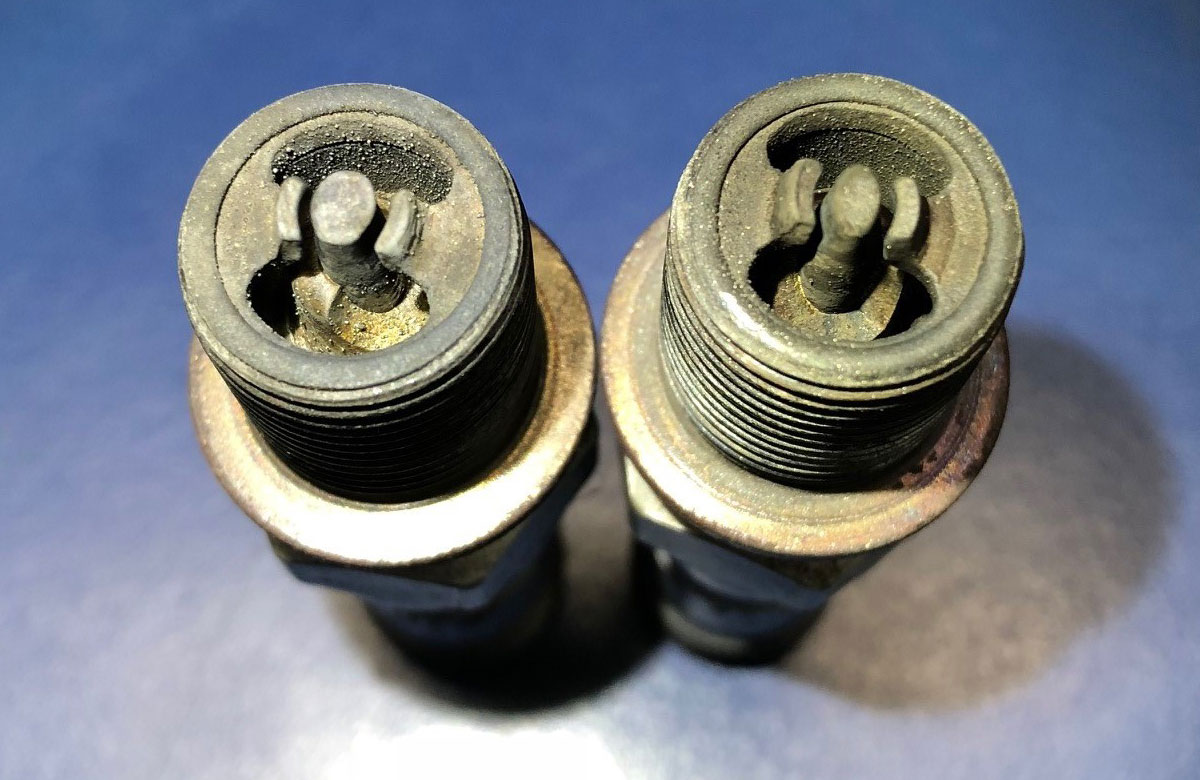 LYCOMING O360 J2A–ATA 8520 RECIPROCATING ENGINE POWER SECTION–Fan wheel–CRACKED. DR 611852336
Cooling fan and associated scroll assembly removed to carry out scheduled inspection and lubrication of lower bearing assembly. Inspection of the fan shaft found the presence of what appeared to be a watermark emanating from the outboard mounting surface of the bearing inner race. Fan shaft bearing assembly was removed/inspected and found to have nil defects evident at this time. Inner taper of associated cooling fan closely inspected and found to be cracked in one place. New fan wheel fitted and aircraft returned to service.