Home From the vault UAS – the story continues… 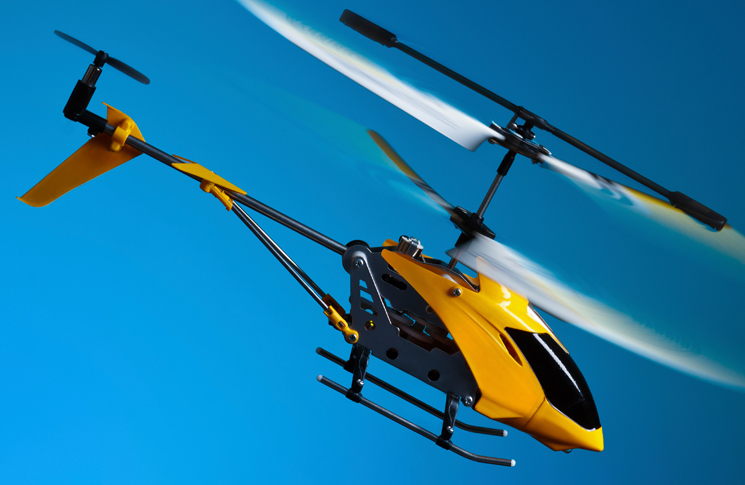 Read an article from May/June 2009, when Flight Safety Australia wrote about the state of UAS operations in Australia, in UAS – the story continues …

In the March-April issue of Flight Safety editor, Margo Marchbank, gave an overview of unmanned aerial systems (UAS) in Australia. The story continues when she speaks with UAS researcher, Dr Rod Walker; and three of Australia’s certified UAS operators.

‘Within 24 hours of the 9/11 attacks on the World Trade Center, Robin Murphy was on the scene with a team of robots to help sort through the debris. “Search cams typically penetrate only 18ft, and the heat was melting the heads off some of them,” says Murphy, 46, a professor of computer science and engineering at the University of South Florida. “Our robots are able to go 60ft through rubble that’s still on fire.”’ – Time Online, posted 8 June 2004.

It is this type of scenario, Professor Rod Walker says, which will turn the tide for of UAS public acceptance of UAS and broaden public awareness of the vital role UASs can play.

Rod Walker is an academic and researcher at the Queensland University of Technology’s School of Engineering Systems.

‘It’s only a matter of time until we hear this person was saved from attack, or this sailor rescued because of UAS surveillance.’ In the UK, for example, he says, police are conducting aerial surveillance of parkland using electric UAVs. Rod Walker is also part of the collaborative Smart Skies research project, which is conducting tests at Kingaroy during April this year, as Flight Safety goes to print. The three-year project brings together Boeing Research & Technology and the Australian Research Centre for Aerospace Automation (ARCAA), a joint venture of Queensland University of Technology and CSIRO.

In the first test, conducted earlier this month, computers in Seattle averted a virtual midair collision between an unmanned helicopter and simulated aircraft over Kingaroy. The flight test involved a small unmanned helicopter, developed and operated by ARCAA, which was placed in a conflict scenario with a virtual aircraft.

‘As far as the aircraft were concerned this was a real collision scenario using real data links,’ Rod Walker said.

‘It detected a potential collision and automatically issued new flight trajectories to the aircraft. The aircraft then safely continued on with their flight. Passengers onboard would never have even known that a collision had been avoided, it was so smooth.’

Continuing tests during April aim to ‘automatically separate a specially modified Cessna 172R aircraft, developed at ARCAA, from the unmanned helicopter,’ Rod Walker said. He said they were also developing unmanned aircraft that could see and perceive airspace in much the same way as human pilots do, working towards the ‘holy grail’ of UAS – ‘sense and avoid’.

This was one of the four challenges for UAS identified in the last issue of Flight Safety, in addition to available bandwidth; ‘equivalent safety’ and public and industry acceptance of UAS. Rod Walker undertook his PhD research on GPS in 1993, and argues that it took 12 years for uptake of that technology. And it’s likely to be similar for UAS. ‘Most people now,’ he says, ‘don’t derive a benefit from current UAS’. But it’s the ‘dull, dirty and dangerous’ categories, which he says will see their early application.

Three Queensland-based UAS operators would agree. In early March 2009, there were eight certified unmanned aerial vehicle (UAV) operators in Australia. Three of these are based in Queensland: HELImetrex, the oldest; VTOL Aerospace; and the most recent, UAV Systems. HELImetrex was the first Australian operator to be certified under CASA’s Part 101, in July 2002. According to director, Ray Gillinder, ‘It’s been a rocky road since 2002, with a number of issues restricting development, including “see-and-avoid”, and finding the appropriate systems stacking up to reliability. But over the last couple of years, there are better systems,’ he explains, ‘and the biggest hurdle now is market confidence in UAVs. The market is now at an acceptance stage,’ Ray says, ‘but it’s been the slowest and hardest thing to do: educating the market what our UAVs are capable of doing.’

These three operations exemplify the tasks for which UAS are ideally suited. HELImetrex focus on survey and monitoring activities, in particular small areas, such as mining stockpile calculations, vegetation mapping and GIS applications, and forestry work. Similarly, VTOL argue that they capitalise on the three core strengths UAS have to offer – low-cost, high-resolution and rapid delivery of data – to carry out asset and environmental management; and cropping and animal monitoring, operating four UAV types on their aircraft operator’s certificate (AOC). Certified in 2007, UAV Systems focuses mainly on aerial photography. Joe Urli, the managing director of UAV Systems, operates a rotary UAV; the entire helicopter (pictured left) weighing 12kg. He monitors weed infestation for the Environment Protection Authority, for example, and monitors banana crops at 400ft, taking high-resolution photographs which allow the grower to examine the health of the crop in great detail (pictured below).

Joe has a background in the military, US civil aviation administration and quality management, so he treats his UAV as a manned aircraft, undertaking detailed pre- flight planning, for example. ‘Every situation is different,’ he says, ‘so you need to do a risk assessment. You’re still operating an aircraft, so the level of safety must be maintained. You have to ensure the area you will be operating in is secure.’

This extends to issues of flight and duty times. ‘UAV activities are very intense,’ the operators explain. ‘After half an hour, at the end of a flight, you need a break. It’s exactly the same as a pilot flying instruments – under the hood and the black screen – for four hours.’

The three operators are happy with the existing regulation, Part 101, arguing that it’s very workable, and only requires minor tweaking. They feel they can work well within the existing framework, but have concerns about those who are not certified, and who are not aware of requirements regarding UAS. This applies particularly to the distinction between the ‘hobbyist’ and the ‘UAV operator’, Peter Hill from VTOL- Aerospace argues. CASA’s UAS office, based in Brisbane, is currently investigating the  Part 101 definitions of both accordingly. The operators, who are proud of their safety standards, are concerned that the hard-won acceptance of UAS could be compromised by some rogue individual. ‘A maverick can simply take a remote-controlled aircraft, and belt on a camera,’ Joe Urli says. This issue was highlighted by an incident which occurred in Western Australia on 17 April.

‘UAV activities are very intense. After half an hour, at the end of a flight, you need a break. It’s exactly the same as a pilot flying instruments – under the hood and the black screen – for four hours.’

According to The West Australian, 21 April 2009, WA Police are investigating video footage taken by a camera attached to a remote-controlled model aircraft deliberately flown at a Virgin Blue jet as it came in to land at Perth airport. The model plane came within seconds of colliding with the 160- seat 737 aircraft and crashed to the ground after being hit by the jet wash last Friday. The man believed responsible took the video off YouTube on Saturday after a report in The West Australian, but not before it was recorded and saved by fellow model aircraft enthusiasts furious at the reckless stunt. Enthusiasts from Australia and New Zealand have tracked down the man they believe responsible for the stunt and have given his details and the video to WA Police.

These three operators recently underwent what they describe as a ‘productive’ CASA review, conducted by CASA inspectors from the Brisbane office. The comprehensive review included interviews with the UAV operator’s key personnel, looked at the administrative systems and the safety and risk management systems employed by each company, and reviewed a range of operational issues, including airworthiness & maintenance; flight crew skills and experience; and public liability insurance. Joe Urli felt this review gave CASA a greater understanding, and the opportunity to accurately assess the standards and the scope of commercial UAV activity in Australia.

So, while researchers such as Rod Walker continue their work on, as he describes it, ‘putting the brains in the plane’, commercial operators such as the three Queenslanders: HELImetrex, VTOL-Aerospace and UAV Systems are building their businesses on the growing, but vulnerable, public acceptance of the usefulness of UAS in performing the ‘dull, dirty and dangerous’.

To read other articles in the 2009 May/June edition of Flight Safety Australia, please visit our archives.