Home From the vault Do not go gentle: the harsh facts of hypoxia 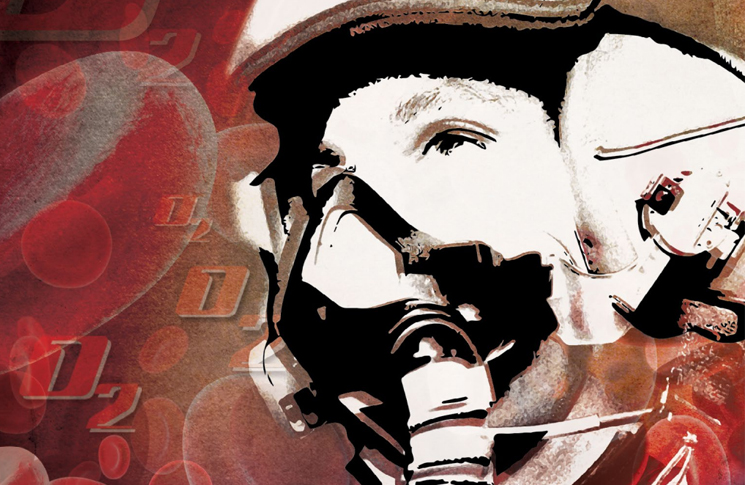 Five months after the disappearance of Malaysian Flight MH370, authorities believe that a hypoxia event best fits the available evidence for the jetliner with 239 people on board to go missing.

In the aftermath of one of the most baffling aviation disasters, Flight Safety Australia looks back at a recent article to better understand the insidious and seductive killer that is hypoxia.

There’s only one good thing to be said for hypoxia. It probably doesn’t hurt as much as the many other ways in which committing aviation can kill you.

The first survivor of aviation-related hypoxia got to the nub of the problem when he described it. Hypoxia is a seductive way to die.

‘One does not suffer in any way; on the contrary. One feels an inner joy, as if filled with a radiant flood of light,’ French pioneering balloonist, Gaston Tissandier, wrote in 1875. ‘One becomes indifferent, one thinks neither of the perilous situation nor of any danger.’

In 1875, three balloonists attempted an altitude record. Tissandier was the only survivor of the three pioneers who, according to the barometer in the balloon, reached 28,000 feet.

Perhaps his words are of some comfort to the family and friends of professional golfer Payne Stewart and his fellow passengers; the eight people on board the Beech King Air that crashed near Burketown, Queensland in 2000; or the 121 victims of Helios flight 522 in 2005. All these people died directly or indirectly from hypoxia.

The Australian Transport Safety Bureau found that there were 517 pressurisation failures on Australian civil aircraft between 1975 and 2006. Of these failures, 10 involved death or injury.

When you breathe, your lungs take in oxygen and expel carbon dioxide. This process is remarkably efficient. At sea level, healthy non-smokers can have up to 99 per cent oxygen saturation in their blood haemoglobin. (Heavy smokers at sea level can be at the equivalent of 5000 feet, and being intoxicated or hungover is reckoned to be a penalty of 2000 feet.)

At higher level there is less pressure, and the air entering the lungs, although containing the same proportion of oxygen as air at sea level, is less dense. The lungs and blood receive less oxygen from this air, so the brain and body do not function as well. This effect becomes noticeable at about 10,000 feet.

To make up for decreasing atmospheric pressure you can increase the proportion of oxygen you breathe by using an oxygen system.

(More oxygen, at less pressure, is the same as less oxygen at greater pressure). But because a certain amount of atmospheric pressure is required for the lungs to function, this only works up to about 40,000 feet. At higher altitudes, breathing support takes the form of a pressure suit and positive pressure breathing system, (which pumps air into the lungs and reportedly is horridly uncomfortable).

The best solution is to pressurise the cockpit and cabin of the aircraft. This reproduces low altitude, and allows the occupants to fly in safety and comfort at any altitude, even above the physiological hard limit of the Armstrong line. This is the altitude (about 63,000 feet) at which fluids in the lungs and mouth instantly evaporate, making breathing impossible, even with a positive-pressure oxygen supply.

Above the 10,000 feet threshold (or below it for people who are smokers, unfit, or fighting off an illness) the symptoms of hypoxia begin to show.

They include loss of vision, in which light is perceived as dimmed, visual acuity diminished, and peripheral vision narrowed. This is particularly noticeable on night flights, where pilots should interpret the impression that the instrument lights have dimmed as an urgent warning to descend, or don oxygen masks.

The popular image of hypoxia is one of a rapid decompression and passengers gasping and grasping for their oxygen masks as the aircraft ‘plummets’, in media-speak, towards the ground. But actual hypoxia occurrences have much more in common with the creeping death that overtook Tissandier’s companions. A US military study of more than 1000 cabin depressurisation incidents found that 83 per cent were slow rather than sudden.

Hypoxia that is not deep enough to kill you is still enough to make you a danger to yourself and your passengers, studies suggest.

Wise general aviation pilots have long suspected that the effects of hypoxia do not begin promptly at 10,000 feet, but rather that they start very subtly at lower altitudes.

The first effect of mild hypoxia is reduced colour perception and visual acuity. This becomes noticeable in night flights at altitudes as low as 5000 feet. For night flying, the US Federal Aviation Administration recommends using supplemental oxygen when flying above 6000 feet MSL.

However, military research into the effects of mild sub-10,000 feet altitude hypoxia is equivocal. A 2009 US Army study found ‘healthy individuals aged 19 to 45 do not experience significant cognitive deficit … when exposed to moderate levels of hypoxia for exposure times of 45 minutes at various altitudes.’

Perhaps the key clause here is ‘healthy individuals aged 19 to 45 years’. Many general aviation pilots are healthy for their age, as their licence requires, but for some their 45th birthday is but a distant memory.

Another US Army study, this time in 2011, concluded: ‘The ability to compensate to hypoxic challenge varies not only between individuals, but also within the same individual, depending on one’s physiological condition at the onset of hypoxia.’

The study declared, ‘The minimum altitude where hypoxic deficits manifest remains unclear,’ and went on to say ‘Since there is no magic line at which everyone becomes hypoxic, we recommend that the potential for in-flight hypoxia at moderate altitude be addressed during mission planning’.

The US Federal Aviation Administration’s Civil Aeromedical Institute conducted a widely cited study in 1996, during which pilots conducted simulator flights while breathing from masks to simulate altitudes of 8000, 10,000 and 12,500 feet. It found that problems occurred not so much in cruise flight, but in the descent that followed, when the oxygen-deprived pilots made significantly more errors, including misdialled radios, missed approaches, failure to follow ATC instructions, and one crash.

A more recent 2012 study at Massey University in New Zealand tested 25 volunteers, who had to solve problems at a simulated altitude of 8000 feet. The study found no significant impairment to complex decision-making and multiple memory performance in the 25 students, but suggested that more complex reasoning might be impaired.

‘We suggest that future studies should include a range of tests that tax participants’ performance in areas such as executive, innovative, creative and flexible thinking, typical of that required in crisis or emergency management.’

The Massey authors listed dealing with novelty, coping with a rapidly changing situation, multitasking, assessing risks, and comprehending the big picture as examples of such thinking. They also emphasised behaviour control (such as avoiding irritable outbursts) and empathy with other people (detecting subtleties in their behaviour).

‘In order to more closely examine the effects of real-world exposures, future studies should examine the combined effects of mild hypoxia with dehydration, sleep loss, long continuous working hours and circadian dysrhythmia (jet lag), all of which are common in aviation.’

‘The problem may not be clear-cut, but the solution is inexpensive. Portable oxygen systems for aviation use, with cannulas instead of masks, are available, and are legal to use if they meet the requirements of CAO108.26. It’s a cheap price to pay for the luxury of breathing easy.’

‘I started getting annoyed the third time I had to draw a cube. Until then the test had been entirely within my abilities, and by my own estimation, I was doing well.’

A 2003 Australian Defence Force study found 86 per cent of hypoxia-trained aircrew recognised symptoms in themselves or others during real hypoxia incidents. But hypoxia training is rare in civil aviation.

Melbourne-based technology start-up Go2Altitude simulates hypoxia in a new and cost-effective way. Rather than pumping air out of a hypobaric chamber, its normobaric test involves a hand-held mask (for easy release) and a supply of nitrogen-enriched (and therefore oxygen-depleted) air generated using a porous membrane method.

‘I have the mask in my left hand, next to a finger clip that measures my heartbeat and blood oxygen level. With my other hand I’m tapping on a computer touch screen, entering headings and flight levels, doing mental arithmetic, copying shapes and tracing curves. Nothing to it, I think, although my ears and face feel pleasantly warm. And suddenly, there’s that damned cube again. It’s really starting to get on my nerves, I mean, “Who do these guys think they are, making a grown man do kindergarten exercises? Well then, I’ll show them!” I focus on drawing my little cube like it’s the last thing I’ll ever do.

‘Watching the video later, I see that I’m so focused on the cube that I don’t notice Go2Altitude principal, Oleg Bassovich, checking my mask and breathing as my heart rate revs up towards 140 beats per minute. (Above 150 he would have stopped the test.) And that is the frightening part of this first-person report on hypoxia-there’s not much to report. By and large you feel okay-there’s no single, overwhelming sensation; just a collection of subtle symptoms, which mean nothing individually. For me they were a generalised sense of annoyance, a narrowing of focus, which I was unaware of, tingling fingers and a feeling of warmth in my face. This was at a simulated 8000 metres (25,000 feet), with a blood oxygen saturation level of about 80 per cent.

“Your main symptoms are your hypoxic signature”, says Dr Rod Westerman as he scrutinises the printout of my results. “The symptoms of hypoxia vary from person to person, but within one person they tend to be consistent over time.” And while some of my test results were relatively unaffected by my lack of oxygen-counting playing cards is not my forte, even at sea level—there’s no mistaking the change in my handwriting: it’s larger, unclear and obviously laboured.

“You felt anger at the cube test,” says Bassovich. “What if that had been a cabin pressure warning, or a master caution?” He has a strong point. I know now that I cannot say for sure that I would have done the right thing. Westerman is slightly more reassuring: “you now have your hypoxic signature. These are the things you should look out for at altitude.”

So now I know. There’ll be no drama if I become hypoxic, particularly if I’m cosy and sitting still (being cold and doing physical activity consume oxygen, which speeds the onset of hypoxia in the brain). But if I feel a warm glow, a tingle in my fingers and a growing conviction that my fellow passengers and crew are a bunch of p*#+ks, that will be my sign to get a mask on and get down, fast.’ 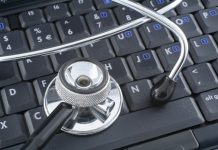 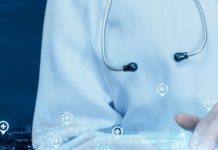 Applying for a medical certificate? Avoid the CASA queue