Home From the vault The error of our ways 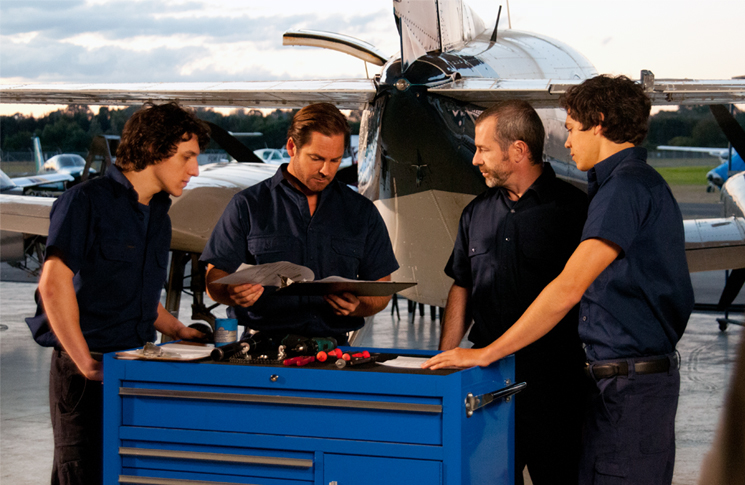 Flight Safety Australia looks back on ‘The error of our ways’, an article from March-April 2013 edition of the magazine, to revisit how human factors shape who we are and what bearing they have on aviation safety.

Mention human performance and aviation safety and most listeners conjure up an image of expert and brave pilots. But safety in the sky also depends on the performance of professionals on the ground.

Human factors have been around for as long as human beings. How people fit into the work environment is a theme that predates aviation by more than 2000 years. It can even be found in the writings of Hippocrates, the ancient Greek father of medicine.

In aviation, human factors has been applied to cockpit design for 70 years, since US Army Air Force psychologist Alfonse Chapanis recommended that the flap and undercarriage levers of B-17 bombers be distinguished by a wheel-shaped handle for the undercarriage lever and a triangular handle for the flap lever. The rash of wheels-up crashes that Chapanis had been called in to investigate diminished immediately this was done.

Human factors knowledge has been explicitly included in aircrew training since the 1980s, under the name of crew resource management (CRM). The scientific discipline of human factors (HF) officially enters Australian maintenance hangars on June 27 this year when Part 145 maintenance organisations are required to adopt safety management systems, of which human factors training and principles form a significant part.

The proper study of mankind is man. Alexander Pope, 1734

Human factors is a term referring to the many issues that affect how people perform tasks. The study of human factors involves applying scientific knowledge about the human body and mind, to better understand human capabilities and limitations. The aim of human factors is to create the best possible fit between people and the systems in which they operate. Human factors includes social and personal skills (for example, communication and decision making) which complement technical skills (such as knowledge and dexterity), and are important for safe and efficient aviation maintenance.

Why have human factors in the hangar? Surely they belong in the cockpit, where danger lies? The proponent of the Swiss cheese accident causation model, Professor James Reason, sees the risks very differently. In Managing Maintenance Error: A Practical Guide he writes:

If some evil genius were given the job of creating an activity guaranteed to produce an abundance of errors, he or she would probably come up with something that involved the removal and replacement of large numbers of varied components, often carried out in cramped, ill-lit spaces, with less-than-adequate tools, and usually under severe time pressure.

In a heartfelt analysis that comes close to sarcasm Reason continues:

There could also be some additional refinements. Thus, it could be arranged that the people who wrote the manuals and procedures rarely, if ever, carried out the activity under real life conditions. It could also be decreed that those who started a job need not necessarily be the ones required to finish it. A further twist might be that a number of different groups work on the same item of equipment either simultaneously or sequentially, or both together.

The US Federal Aviation Administration has this to say on human factors in maintenance:

‘The safety and reliability of aircraft maintenance operations depend as much upon people as they do on the technical systems of aircraft, parts, tools and equipment. Nevertheless, accident and incident reports continue to show that aircraft maintenance engineers sometimes make errors, that aircraft maintenance organisations sometimes fail to organize and monitor their work effectively, and that these failures can have disastrous consequences. Furthermore, even when things do not go radically wrong, the evidence suggests that on a routine day-to-day basis, the systems that should ensure that work is accomplished to the highest possible standard are not functioning effectively.’

‘A doctor can bury his mistakes, but an architect can only advise his clients to plant vines’. Frank Lloyd Wright

When it comes to the effects of their errors, aircraft engineers have a heavy responsibility. Mistakes made years earlier can come back to haunt them. A maintenance error can lie dormant for months (or even years) before causing a problem. A loosely secured nut may take months to vibrate free, and a fatigue crack caused by improper maintenance may grow slowly over years.

The world’s worst aviation accident involving a single aircraft occurred to a Boeing 747 that had undergone major repairs to its rear pressure bulkhead seven years before the accident. The repair had involved replacing the lower half of the bulkhead, and it should have been spliced to the upper half using a single doubler plate extending under three lines of rivets. For reasons unknown, part of the splice was made using two doubler plates. As a result, the join relied on a single row of rivets. A fatigue facture developed that eventually caused a catastrophic failure of the rear pressure bulkhead. The resulting damage made Japan Airlines Flight 123 uncontrollable.

There is some evidence to suggest there is an increase in maintenance-related aviation accidents. Boeing indicates maintenance as the primary cause in six per cent of all accidents over the last ten years, while this figure had been 3.4 per cent over the last forty years. Similarly, the number of maintenance errors reported to the UK Civil Aviation Authority (CAA) has increased significantly over the past couple of years.

It is possible that the increase is due to a better awareness today of human factors and the underlying causes of accidents. In other words, engineers might be reporting a human error today they would not have reported twenty years ago, because of a more mature safety systems approach.

There is another, uncounted, side to human factors – the positive contribution. In countless cases, human action has prevented or corrected dangerous situations. Boeing research indicates that most fatigue cracks in aircraft are discovered by maintenance engineers performing an unrelated task.

James Reason equates human fallibility with human intellect and creativity. Errors are ‘not intrinsically bad in the sense of being design defects in the human mind. They are merely the downside of having a brain. Each error tendency – inattention, forgetfulness, strong habit intrusions, and the like – lies on the debit side of a mental balance sheet that stands very much in credit.’

To err is human; to forgive, divine. Alexander Pope, 1734

To err is human, to forgive is divine; neither of which is Air Force policy. Anonymous, 20th century

Human factors is a broad discipline in which there are many points of view. But there is one point of consensus: Trying to reduce human error by exhortation – telling people not to stuff up – is pointless.

This is because ‘the management of error is itself prone to error,’ Reason writes in Managing Maintenance Error: ‘When we see or hear of someone making an error we attribute this to the person’s character or ability.’

Psychologists call this tendency fundamental attribution error, also known as correspondence bias, and define it as the tendency for people to overvalue personality and undervalue situation as influences.

Reason sees fundamental attribution error as a barrier to understanding and combating error. ‘To break free of this “blame cycle” we need to recognize that human actions are almost always constrained by factors beyond the person’s immediate control, and to recognise that people find it difficult to avoid those actions that they never intended to commit in the first place,’ he writes.

Drawing on examples such as Dutch pilot Jacob Van Zanten, whose mistaken decision to take off killed 583 people in Tenerife in 1977, and the unnamed but highly regarded maintenance supervisor whose series of errors nearly killed pilot Tim Lancaster when the windscreen of a British Airways BAC 111 popped out over southern England in 1990, Reason concludes: ‘The best people make the worst mistakes.’ (Colleagues described Van Zanten as ‘a perfect pilot, a good guy and a great engineer’.)

Reason says it follows that: ‘Measures relying heavily on sanctions and exhortations have only very limited effectiveness. In many cases they do more harm than good.’

‘Situations and systems are easier to change than the human condition – particularly when people are well-trained and well-motivated, as they usually are in maintenance organisations.’

Professor Sidney Dekker, of Griffith University, expresses a similar view – and goes further: ‘The point of learning about human error is not to find out where people went wrong; it is to find out why their assessments and actions made sense to them at the time.’

CASA human factors specialist, Gareth McGraw, says: ‘There’s no point in trying to change human nature. You need to recognise that all humans have the potential for error. It is the factors that affect this potential in a task that can be addressed, such as:

With these considerations in mind, human factors aims to design and improve systems for error management. These involve concepts such as error reduction, error capture (task inspections by supervisors are an example, although an imperfect one, of this) and error tolerance, an example of which is the rule that twin-engine air transport aircraft operating under extended diversion time operations (ETDO) certification must never have both engines replaced at the same time. This ensures that a maintenance error will only affect one engine, and cannot turn an airliner into a large RPT glider.

Human factors aims to reduce errors, capture them, or make them tolerable by:

human performance and its limitations

The effects of alcohol and other drugs, and by

All these aspects of human factors are covered in CASA’s new Safety Behaviours: Human Factors for Engineers resource guide, which will be available from CASA’s online store from mid April.

Research has indicated that overall, maintenance human factors training can save money. One study at a U.S. airline reported a US$60,000 saving per year. Following a two-day human factors training course, there was a 68 per cent reduction in ground damage incidents, a 12 per cent decrease in job injuries, and a 10 per cent reduction in staff overtime. The introduction of a maintenance resource management program at another U.S. airline reduced lost-time injuries by 80 per cent over two years, with a total claimed cost saving of US$1.3 million over that period. 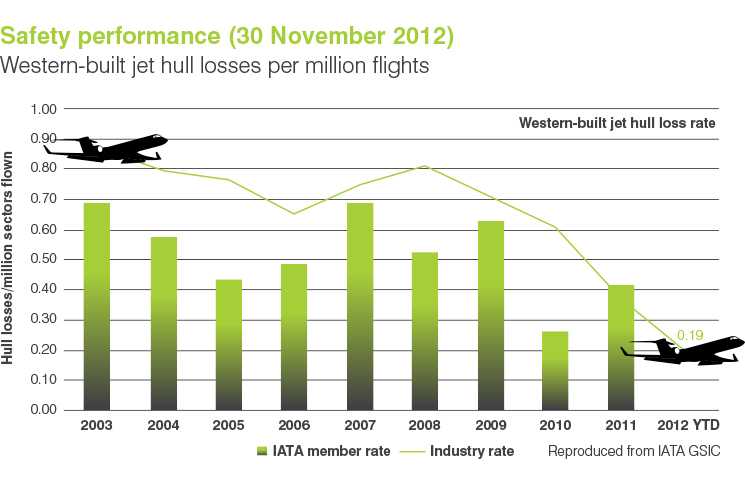 Pear-shaped but useful: the PEAR model

Human factors is a broad subject but its many tenets can be summed up in four letters. The PEAR model of human factors stands for the people who do the job, the environment in which they work, the actions they perform and the resources they can call on. If you consider how each of these applies to any situation, you have begun to do a human factors analysis. Although it sounds simplistic, the PEAR model has a distinguished pedigree. It has been used by Lufthansa since 1995, and delivered to more than 10,000 employees, and is included in the U.S. Federal Aviation Administration’s (FAA) Maintenance Human Factors training package.

Under each of the four headings is a range of more detailed considerations.

Steps to perform a task

The advantage of the PEAR model is its simplicity and versatility. It can be used as a component in an organisation’s safety management system, as well as a four-finger checklist for any individual maintenance job.

The use of PEAR can be as simple as asking:

Asking these questions is the first step in really starting to address the HF influences in the aviation maintenance environment, allowing maintenance personnel to manage their potential for error and keep risk as low as reasonably possible.

Rankin, W.L. (1999). ‘The importance of Human Factors in Design for Maintainability – A manufacturer’s view’. In: Proceedings of the conference, Human Factors in Aircraft Maintenance: Integrating Safety Management Systems to minimise risk, Amsterdam: 27-28 April.