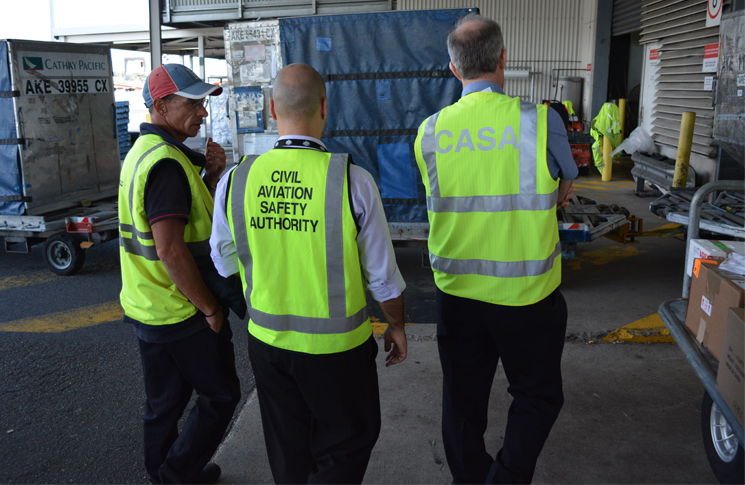 Dangerous goods are items that, when transported by air, can put people’s health, safety or property at risk. They range from the obvious—such as explosives, radioactive items, and dangerous or volatile chemicals such petrol and strong acids—to seemingly innocuous everyday items that can cause problems if not handled correctly, such as aerosols and lithium batteries.

Adrian holds a Diploma in Aviation Safety Regulation as well as a pilot’s licence and has over 30 years’ experience in incident investigation, enforcement and prosecution.

In February 2008 he became a member of the Dangerous Goods Panel of the International Civil Aviation Organization based in Montreal, Canada. He currently represents CASA on various inter-agency panels relating to the transport of dangerous goods and has represented Australia at the United Nations Sub-Committee of Experts on the Transport of Dangerous Goods.

Adrian is available at the CASA stand in Hall 2 to discuss dangerous goods from Friday, 27 February until Sunday 1 March. He can also show you how to download CASA’s new  Can I pack that? dangerous goods app.