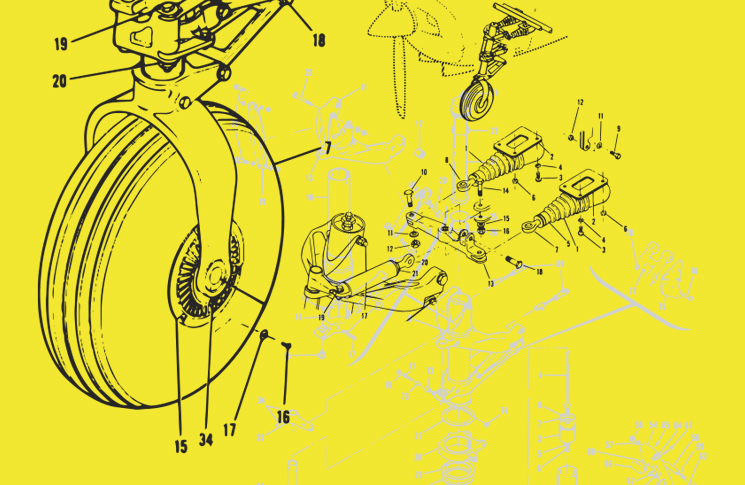 A known and documented problem continues to cause embarrassment and expense for Cessna operators.

It was a memorable sightseeing trip, for the wrong reasons. The aircraft passengers got a ‘near death experience’ anecdote to enliven their holiday slideshows; the aircraft operator got an expensive bill.

On 1 February last year, a Cessna 210 returned to Kununurra airport in northeast Western Australia, after a scenic trip to King George falls, which were in full flow at that time of year.

When the pilot selected the landing gear ‘down’, the green light did not come on, but the landing-gear pump continued to run until its circuit breaker popped. It did this each of the three times the gear selector was operated. The main gear, which could be seen, was clearly down, but the state of the nose gear was a mystery. The pilot inspected the indicator globe; it was working. The pilot extended the gear manually, then flew past the runway where observers on the ground said the nose gear appeared to be down. About 100 m after touchdown it became clear that it was not, as the nose of the aircraft struck the runway. There were no injuries, and minor damage.

A near death experience it was not, except perhaps in the Daily Mail use of the phrase. Controlled gear-up landings rarely cause injuries and hardly ever lead to deaths. But they are expensive and embarrassing. Human nature being what it is, gear-up landings have a certain inevitability: distraction, stress and simple lapses of attention see to that. But equally, gear-up landings are almost always avoidable.

The one at Kununurra was. It was the result of a failure mode that was well known and thoroughly documented. Cessna service bulletin SEB95-20 Nose Landing Gear Actuator Downlock Inspection, had been around since 29 December 1995, and specifically recommended the inspection of the nose landing-gear downlock actuator pins to determine their security and functioning.

SEB95-20 requires an initial inspection within 12 months, or 200 hours; and each 200 hours following, for pin movement and cracking. The alternative to this regime is to install modified pins in accordance with Service Kit 210-155.

CASA had published Airworthiness Advisory Circular 1-102 in 1998 recommending inspections as described in Cessna SEB 95-20 and the installation of SK210-155. However, AAC 1-102 was not mandatory.

In its investigation of the Kununurra accident the ATSB noted that the aircraft involved had been maintained to CASA schedule 5. ‘As the nose landing gear was inspected in accordance with Schedule 5, the operator reported that they did not need to comply with Cessna SEB95-20,’ the report says.

Undercarriages, whether retractable or fixed, are not part of the supplementary inspection documents (SIDs) that CASA has mandated for primary structural items on Cessna aircraft (see Doing it Right Flight Safety Australia, May-June 2014). CASA AWB 02-048 Issue 3 clarifies this exemption. This was done to ease the cost burden of SIDs compliance on Cessna aircraft owners, and in recognition that undercarriage failure rarely, of itself, leads to injury or death.

Nevertheless, Civil Aviation Regulation (CAR) (1988) 42V (1) requires that ‘the performance of maintenance’ is to be carried out in accordance with the relevant approved data, no matter what the elected maintenance schedule. Colloquially, if it’s printed you must read it and do what it says.

That’s why CASA strongly recommends incorporating Cessna SID inspections for all Cessna aircraft undercarriage structures and systems, including Cessna SEB 95-20, currently omitted from the SID requirements for the Cessna 210 series (although, strangely, it is applied to other Cessna retractables). Apart from anything else, it would be a pity to write off an aircraft after a gear-up landing after spending considerable time and money to make sure every other aspect of it was safe and SIDs compliant.