Stall spin crashes have been killers for as long as aeroplanes have flown, as this vintage video shows.

This US navy video from 1945 Quit stalling or spin in! was an attempt by the navy to reduce the numbers of aircraft and crew killed in stall/spin crashes. Then, as now, loss of control in flight was a major flight safety issue. In the two years following the US entry into World War II, the navy lost more flyers in accidents than in air combat, the film says.

Behind the hectoring language of the ‘pilot error’ era and hokey dive-bomber sound effects the film’s message is as true as ever, although not as sophisticated as modern understanding of the stall and how to avoid it.

Who could disagree? These are all true and good basic advice that should never be forgotten. But it is also rudimentary advice. For stalls, and particularly for spin recovery, you need to be familiar with what the Pilot’s Operating Handbook (POH) for your aircraft says. Modern aircraft are more spin resistant and recovery procedures will vary.

Another difference in modern instruction about stalls is that pilots in the 21st century are taught how they are related to angle of attack, not speed per se. There’s no mention of angle of attack in this 72-year-old film. And finally, its language reflects the values of the time, criticising individual pilots and avoiding scrutiny of the (presumably very flawed) training system that produced them. That’s not to mention its assumption that all pilots are men.

Warbird fans can see original footage of aircraft including F4 U Corsairs, F6 Hellcats and PBY Catalinas. Interestingly, the video mentions ‘hitting the slipstream from another aeroplane’—a hazard civil aviation did not recognise as wake turbulence for many years.

Yet again: out of a clear blue sky 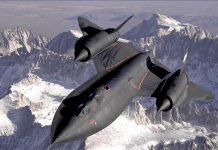 How slow can that baby go?