GE Aviation Systems has announced an ‘Open Flight Deck’ project, aimed at breaking down barriers to the introduction of new aviation technologies.

The company is the lead participant in the project, which has received funding of 13.1 million pounds ($A21.9 million) over three years by Innovate UK, Britain’s innovation agency. The other project partners are BAE SYSTEMS, Rolls Royce, Coventry University and the University of Southampton.

GE Aviation sees the open flight deck as a logical extension of the avionics common core system, or CCS, pioneered on the Boeing 787 and also used on the Gulfstream G500/600. This allows modules to be plugged in to the avionics platform as required, providing both flexibility and future-proofing.

In a statement, the company said, ‘Aircraft are in service for decades, yet there is a huge barrier to adopting new technologies on the flight deck due to the high cost of change and certification. An Open Flight Deck architecture will define the standards and interfaces to allow functional apps to be developed, which are then easier and quicker to deploy’. 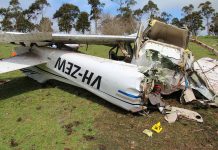