A new strain of oil-producing sugarcane could be used to produce a more environmentally friendly and cheaper aviation biofuel, according to recently-published US research.

And if the entire Australian sugarcane crop was replaced with the new strain, it could produce billions of litres of biofuel each year.

A project at the University of Illinois called Plants Engineered to Replace Oil in Sugarcane and Sweet Sorghum (PETROSS), has developed sugarcane that produces oil, called lipidcane, which can be converted into biodiesel or jet fuel in place of sugar that is currently used for ethanol production. With 20 per cent oil—the theoretical limit—all the sugar in the plant would be replaced by oil.

According to a media release from the university, lipidcane can produce between 1600 and 6300 litres per hectare—four to 15 times more jet fuel per hectare than crops such as soybeans. It can also be grown on marginal cropland, without the environmental impact of other biofuels such as palm oil.

Director of the Integrated Bioprocessing Research Laboratory and Professor in the Department of Agricultural and Biological Engineering at the University, Vijay Singh, said ‘Oil-to-jet is one of the direct and efficient routes to convert bio-based feedstocks to jet fuel. Reducing the feedstock cost is critical to improving process economics of producing bio-jet fuel. Lipidcane allows us to reduce feedstock cost.’

The lipidcane also produces profitable by-products including a hydrocarbon fuel and sugar, which can be refined or used to produce ethanol. As with conventional strains of sugarcane, the bagasse, or cane residue, can be used to generate steam and electricity to power the extraction plant.

According to the university, a Boeing 747 burns about 3.8 litres of jet fuel per second, or about 136,000 litres for a 10-hour flight. The research estimates that the same amount of fuel could be produced from about 22 hectares of lipidcane.

In Australia, the sugarcane industry employs about 16,000 people, with about 372,000 hectares harvested and total production of about 4800 tonnes a year, of which around 3700 tonnes is exported. Based on the PETROSS figures, Australia would have the potential to produce up to 2.3 billion litres of lipidcane per harvest. 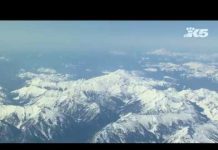