CASA has published stronger and clearer safety rules for drones.

The new rules will better protect people and aircraft from drones and have been developed in response to community concerns about drone safety and the rapid increase in the number of drone operators.

Among other things, the rules provide that drones must not be flown:

Droneflyer.com.au complements CASA’s Can I fly there? free mobile app, which provides recreational and sub-2 kg drone operators with practical information about where they can and can’t operate. For example, the whole of Sydney Harbour is a no-fly zone for drones.

The updated app will be available next week.

The new rules don’t apply to holders of remote pilot licences (RePL) who operate according to a remotely piloted aircraft certificate (ReOC) or have an authorisation from CASA. Model aircraft operating under CASA approvals are also exempt.

Test your knowledge on drones 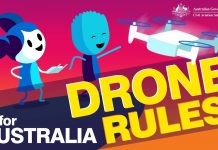 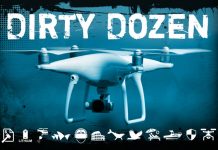 Dirty Dozen: 12 ways your drone can land you in trouble