The US National Transportation Safety Board has issued a video of the fire that forced the evacuation of a British Airways Boeing 777 in Las Vegas on 8 September 2015.

BA flight 2276 was at 78 kt on take-off when its left-hand engine had an uncontained failure. The captain, a 42-year-old veteran with the airline on his second last flight before retirement, stopped the aircraft on the runway and ordered an evacuation. Firefighters arrived on the scene one minute and 59 seconds later and the fire was extinguished less than five minutes after the aircraft came to a stop.

All passengers and crew survived. Nineteen passengers had minor injuries and there was one serious injury to a cabin crew member who broke her arm after falling from the end of an escape slide made slippery by firefighting foam.

No other passengers were harmed, despite some of them taking cabin baggage with them in the evacuation and despite the right engine remaining running for 44 seconds after the evacuation signal. The captain, working from memory, had missed a checklist item.

The aircraft was repaired and is still in service with British Airways. 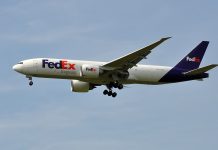