The funding is in addition to $12 million announced in January 2017 for a two-year SBAS testbed led by Geoscience Australia and the Cooperative Research Centre for Spatial Information (CRCSI). As Flight Safety Australia reported in November 2017, the technology has applications in a variety of industries, including agriculture and transport.

SBAS uses geostationary (high orbit) satellites to transmit correction signals to GNSS receivers, allowing accuracies of up to 10 centimetres. In the case of aviation, the signals are received by aircraft fitted with TSO-C145/-C146 or later GNSS receivers, allowing precision approaches using localiser performance with continuous vertical guidance down to a low minima.

Resources and Northern Australia minister Matthew Canavan said the funding would enable ‘certain aircraft to land at far-flung airports in poor weather instead of having to divert’.

Regional airlines have been pushing for the adoption of an SBAS, as has the Australian Airline Pilots’ Association. Such technology is already used in the US, Russia, India, Japan and parts of Europe and groups here say there is a safety case for the technology.

The SBAS funding is part of $260 million funding announced in the Budget for GNSS and improved satellite imagery. 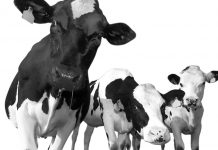 Navigating till the cows come home