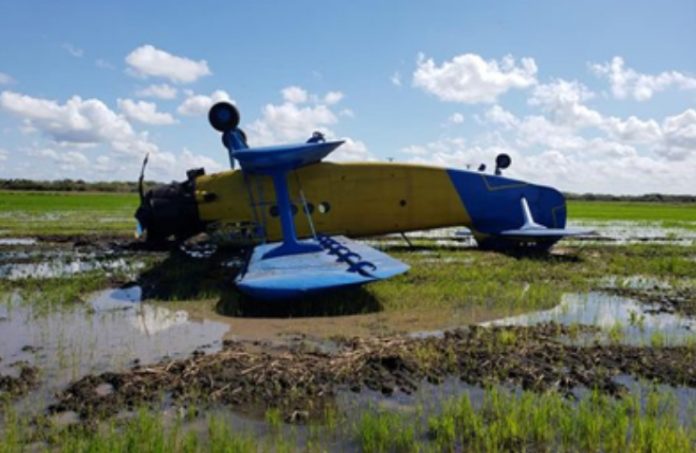 Date 27 March (image above)
Aircraft Antonov An-2
Location Alonso de Rojas, Cuba
Fatalities Nil
Description Following a possible loss of engine power, the aircraft force landed in wetland terrain in an unreported location in Cuba. The aircraft came to the rest inverted, sustaining substantial damage. There were no reported fatalities to the occupants on board. 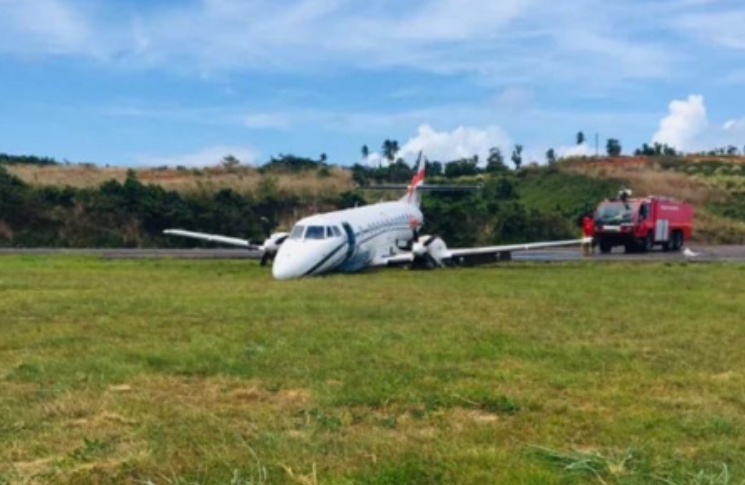 Date 8 April (image above)
Aircraft British Aerospace 4100 Jetstream 41
Location Dominica Douglas-Charles Airport (DOM), Dominica
Fatalities Nil
Description The aircraft suffered a runway excursion after landing. Photos from the scene show an undercarriage leg and debris on the runway with the aircraft having come to rest in the grass next to the runway. All occupants evacuated from the aircraft.

Date 10 April
Aircraft Airbus A321-231 (WL)
Location New York-John F. Kennedy International Airport, NY (JFK), USA
Fatalities Nil
Description The aircraft hit a runway distance marker adjacent to the runway during take-off. The aircraft took off and climbed normally to FL200. After about ten minutes, the flight crew contacted ATC and stated their intentions to return to JFK Airport, citing they had a ‘strong roll to the left’ on departure. The flight crew stated the aircraft was ‘fine’ but that they wanted to return to ‘have it checked out’. After landing, damage was found on the left-wing leading edge.

Date 13 April
Aircraft Rockwell Sabreliner 65
Location near New Albany, MS, USA
Fatalities 3
Description The aircraft impacted wooded terrain about 20 minutes after take-off from Oxford-University Airport (UOX), Mississippi, USA. ATC had notified the flight of moderate to severe precipitation in the area and provided a clearance to 11000 ft MSL. The flight acknowledged the radio call and informed ATC they were climbing through 9000 ft for 11000 ft. Four minutes later ATC queried the flight if they were having navigation issues or if they were deviating. The flight responded they were deviating as they were having ‘AC voltage problems’. The last radio call received from the flight was an acknowledgement of a heading assignment. The aircraft disappeared from radar about 30 seconds later. The transponder stopped transmitting so no altitude information was available for the remainder of the flight. The aircraft maintained an approximate heading of 080 from 15:06 until about 15:10. At 15:10 the aircraft turned right to about 120 heading. At 15:12 the aircraft made a left turn to about 040 heading. At 15:13 the aircraft began a right turn that continued to a heading of about 270 until radar contact was lost at 15:13:26. The final radar return was about .5 miles south-east of the accident location.

Date 14 April
Aircraft Let L-410UVP-E20
Location Lukla-Tenzing-Hillary Airport (LUA), Nepal
Fatalities 3
Description The aircraft impacted a Eurocopter helicopter during take-off. Both the aircraft and helicopter were destroyed. The co-pilot of the aircraft was killed and two people on the ground at the helipad also died in the accident. Lukla Airport is located at an elevation of 9334 feet (2845 m). The runway is 1729 ft long (527 m) with an 11.7% gradient. Take-offs must be performed from the downsloping runway. The helipad is located to the right of the runway, about 100 metres past the threshold.

Date 16 April
Aircraft Pilatus Britten-Norman BN-2B-27 Islander
Location 0.4 km (0.3 mls) W of Puerto Montt-Marcel Marchant Airport, Chile
Fatalities 6
Description The aircraft crashed in a residential area of Puerto Montt and burst into flames. The aircraft impacted a house, 400 m west of the airport. All six on board were killed and one person on the footpath was injured. 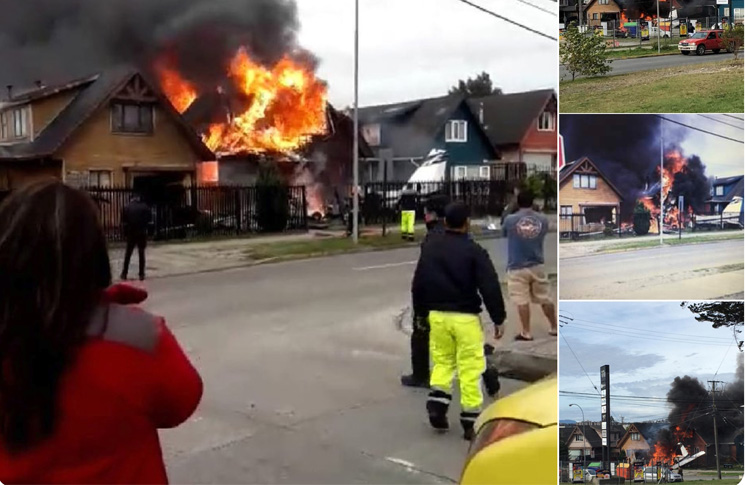 Date 24 April
Aircraft Cessna 550 Citation II
Location Siegen-Siegerland Airport (SGE), Germany
Fatalities Nil
Description The aircraft was practicing approaches and landings at the airport. According to local authorities, the aircraft touched down short of runway 13, causing the main landing gear to collapse. A fuel leak from the left wing caused a fire as the aircraft slid to a stop on the runway. The fire was put out quickly.

Date 24 April
Aircraft Beechcraft 200 Super King Air
Location near Gillam Airport, MB (YGX), Canada
Fatalities Nil
Description The aircraft was on a medevac flight from Winnipeg International Airport to Churchill Airport. Unconfirmed rumours suggest that the aircraft suffered a loss of power in both engines. The flight crew attempted to reach Gillam Airport for an emergency landing. The aircraft touched down on the surface of a frozen lake, just short of the runway. It impacted the upsloping shoreline causing both main landing gear legs to separate. The aircraft continued and slid on the runway. The two pilots and two medical staff were not injured. 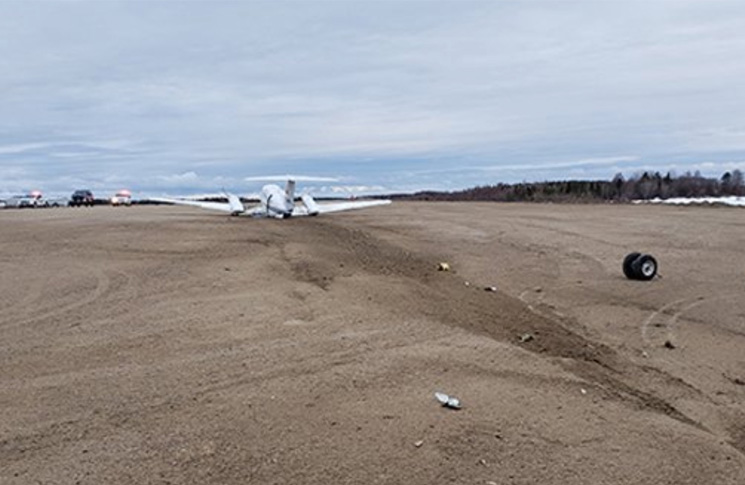