They may look like the windbreaks British holidaymakers put up to avoid hypothermia on their frigid, stony beaches, but these tent-like structures are Vienna Airport’s way of controlling wake turbulence.

Wake turbulence is the result of differential pressure between the upper and lower surfaces of a fixed or rotating aerofoil. The turbulence is caused by the roll up of airflow behind the wingtips, creating a clockwise vortex behind the left wingtip and an anticlockwise one behind the right wingtip. Wake vortexes from large aircraft can be a deadly hazard to smaller aircraft, as a recent fatal crash in the United Arab Emirates showed.

Austrian airspace authority Austro Control and the German DLR Aerospace Center have put up test structures at Vienna International Airport to reduce the lifetime of wake vortexes near the runway threshold.

The structures, known as plate lines are designed to accelerate wake turbulence decay. Secondary vortexes form on the plates, which are about nine metres long and 4.5 metres high. These cause the wake vortexes to decay much more quickly. This could also lead to smaller aircraft potentially making their approaches at shorter intervals behind larger aircraft, thereby not losing any capacity.

Early results are very encouraging and if these measures prove to be broadly effective, which we expect, this could result in improved safety and increased capacity at all airports”, director of air traffic management at Austro Control, Christian Kern, says.

Austro Control and DLR will test the plates’ effectiveness and plan to install a permanent facility incorporating the plates during the next two years. 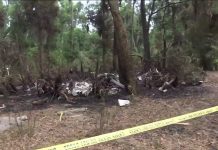 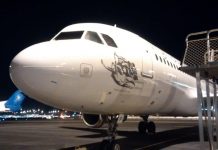