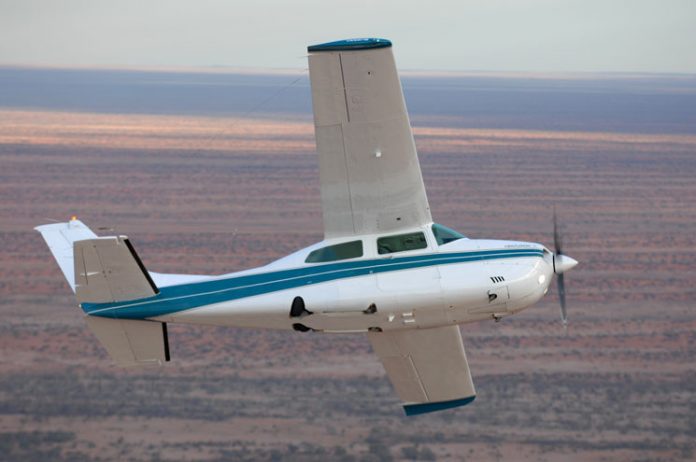 What are some techniques for flying near your personal threshold of strong or gusty winds?

Your ability to handle strong and gusty winds is a function of your recent experience in them. The correct inputs don’t change, it’s your ability to make them to the right degree in a timely manner that determines success.

Like most clichés there is truth behind the first suggestion: landings are mandatory, but take-offs are optional.

Compute the crosswind component. If it is the strongest you’ve encountered in a while, consider delaying until conditions improve. If the wind is gusty, use the strongest reported wind and the greatest angle between wind direction and the runway when making this judgment.

Most aeroplanes have a maximum demonstrated crosswind component. This is not a limitation—it is merely the greatest that was demonstrated during certification. If you’re very proficient, you may be able to take off (and land) with a greater crosswind. But my research shows most loss of directional control on the runway (LODC-R) events occur when the crosswind component is below 10 knots. The aeroplane may be able to handle it—it’s the pilot that most often cannot. Decide whether to attempt a crosswind take-off based on your recent experience, not some figure in the pilot’s operating handbook.

Use the proper control inputs for taxi. I learned ‘climb into the wind, dive away from the wind’. These inputs tend to keep the wheels firmly on the ground and counter a wind that might flip the wing. Discipline yourself to use crosswind taxi controls all of the time, even in light winds, and the inputs will be instinctive when you need them.

Taking off in a strong wind is a transition from taxi to flight. Start a strong-wind take-off with crosswind controls at full deflection. As the aeroplane accelerates and controls become more effective, gradually reduce the crosswind inputs until they are right for flight as you become airborne. Did I say this requires recent practice?

Airspeed control is always important, but it becomes critical to take-off in strong and gusty winds. Lift off about five knots faster in most light aeroplanes to provide a stall margin if a gust degrades lift. Climb at a higher indicated speed to maintain this margin in gusts. With a strong headwind, your angle of climb will be steep. But you can see how gusty winds and an aerodrome with obstacles are not a good mix.

Tailwinds get you to the destination faster using less fuel. Headwinds have the opposite effect. A crosswind, even if from slightly behind your wings, also slows your progress—‘crab’ into the wind reduces groundspeed. This requires more fuel and active monitoring to ensure you’ll have adequate reserves when you arrive.

Turbulence reduces groundspeed and increases fuel requirements, as pitch and heading excursions use some of the aeroplane’s energy in directions other than straight ahead. Turbulence is also very fatiguing, so decrease the duty day you permit yourself.

We get aerodrome winds for landing, but we tend to use them to pick the runway without thinking too much about crosswind strength. Maybe that’s why there are more LODC-R events on landing than take-off. Who computes crosswind for landing? You should, every time. Deciding whether to land is at least as important as choosing whether to take off. Since the landing is mandatory, your decision is whether to land where you intended or go somewhere else.

The rule for gusts is add one-half the gust factor to your final approach speed. This is not as much as you may think. For example, if the winds are at 15 knots gusting to 22, the gust factor is seven so you’ll only add three to four knots to your landing speed. Faster and the airplane will float in the flare, exposing you to crosswind drift even more.

Many pilots use partial flaps in strong and gusty winds. Unless the aeroplane’s handbook makes a recommendation, this is entirely up to you. High-wing aircraft seem less directionally stable with full flaps in my experience, but I land low-wing airplanes with full flaps regardless of wind.

If on finals before beginning your flare, you cannot maintain runway centerline alignment at the proper speed in the proper aeroplane configuration, go around. Don’t wait until you’re flaring or in your ground roll before determining whether you can maintain alignment all the way to a stop.

Safely flying in strong and gusty winds—or deciding not to—is up to you. Make informed decisions based on an honest evaluation of your current abilities.