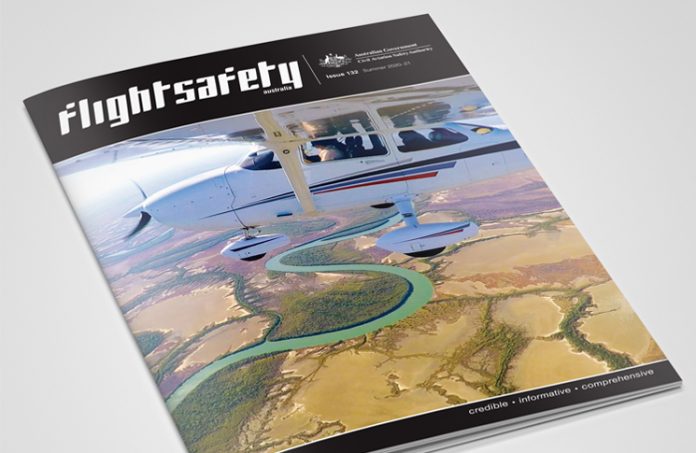 The theme of the Summer edition of Flight Safety Australia is how to have a safe and enjoyable return to GA flying as pandemic restrictions gradually ease.

Our writers discuss how pilots can deal with hot and humid conditions when density altitude becomes a key factor for take-off, prepare for a long-overdue trip to rural airstrips and build confidence after a long enforced grounding.

These features are complemented by the cover image which was taken in the Gulf Country in north-west Queensland for the Out-n-Back series.

Another feature goes inside the Canberra headquarters of the Australian Transport Safety Bureau where investigators use digital clues to solve the riddle of aircraft crashes. For instance, had it happened last century, the night-time disappearance of a Bell UH-1 ‘Huey’ helicopter into the sea off Newcastle in September last year would probably have become one of Australian aviation’s enduring mysteries. But the combination of data from ADS-B and devices on the aircraft—an iPhone and an iPad running OzRunways—meant investigators knew the aircraft’s flight path with reasonable accuracy within days.

This edition’s historical feature examines the expert airmanship and teamwork that prevented a disaster when a sudden uncommanded pitch up occurred immediately after take-off in a Lockheed L1011 Tristar.

In the ever-popular close calls, a GA pilot crossing the Nullabor decides not to turn around as the cloud base lowers. He has to descend to 200 feet AGL—at night. ‘It was so dark I couldn’t even see the propeller spinning … by now we were really scared,’ he recalls. He turned on the landing light and was rewarded with two dim strips of light reaching out into the darkness ahead, leading to Forrest.

This edition will feature another ‘crash comic’, test readers’ knowledge with quizzes and have great safety reading and information valuable to everyone in aviation.

Read the stories online or as a 64-page glossy magazine delivered to your door.

A subscription to the print edition of Flight Safety Australia costs $39/year (you save 10 per cent) or $11/quarter.

Orders for the Summer edition close on 3 November.