Military veteran and pilot Kevin Humphreys emerged from the shadow of mental illness by accepting his condition and dealing with it. Now he’s helping others to avoid the pitfalls he encountered.

In 2006, Kevin Humphreys took a Chinook helicopter through heavy fire to extract surrounded and outnumbered Canadian commandos from a field in Afghanistan.

The soldiers he rescued told him they were amazed he made it given the hell that erupted around the aircraft including narrow misses by rocket-propelled grenades.

Another dramatic operation saw him precariously balancing a Chinook on a cliff edge in the middle of the night to drop off special forces soldiers.

A 20-year military career flying Blackhawks and Chinooks in hot spots such as East Timor, Iraq and Afghanistan resulted in Humphreys rising to Lt. Colonel and having his portrait in the Australian War memorial.

But the burden of leadership, undiagnosed post-traumatic stress disorder (PTSD) from a prior deployment and a toxic culture, took an unrelenting toll.

Humphreys’ early problems were left unaddressed and an ongoing mental illness cocktail of PTSD, depression and anxiety would balloon into a serious mental breakdown and suicidal thoughts.

The breakdown left him temporarily grounded and, despite doing the hard yards to regain his medical certificate, unsympathetic treatment by his colleagues prompted him to leave the Army in 2011.

He was able to successfully build a second career working in emergency services but it would take several years before he talked publicly about his experience.

When that catharsis eventually arrived, it convinced him that sharing his experiences could help others and help smash the stereotypes haunting mental illness.

Today he tells his compelling story to gatherings of military and civilian aviation professionals as well as to organisations in other fields.

He uses his experience to emphasise that even crippling mental illness can be overcome and urge pilots to prioritise their own mental wellbeing to address issues as early as possible.

‘That simply means that we have to prioritise our own self care if we want to keep ourselves well,’ he says, likening the process to airline instructions to fit your own oxygen mask first before helping others.

‘If you don’t, you’ll not only be unable to help others but you may become a liability to the others and to yourself.’ 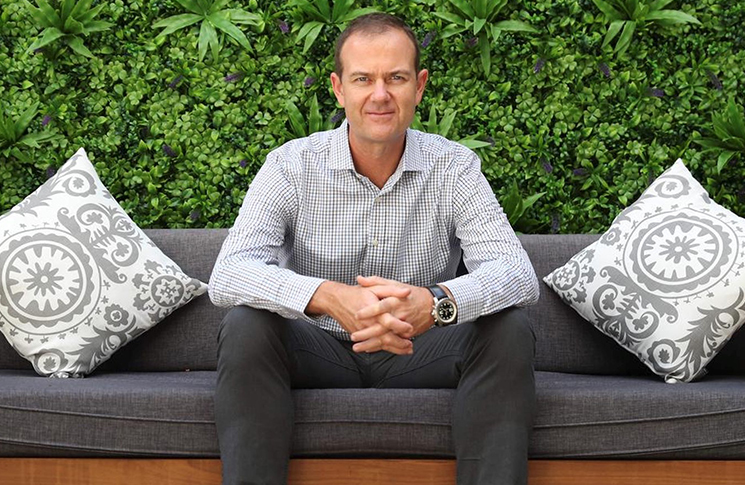 He didn’t realise what was happening when he experienced a panic attack in a shopping centre in 2000 during a trip home from East Timor.

‘I didn’t realise it was a panic attack at the time; I was confused and embarrassed and asking, “What the hell was that?”,’ he says. ‘I certainly didn’t tell anybody about it.’

Then an event in Iraq in 2003 brought on PTSD and what he describes as ‘night terrors’.

‘I was waking in the middle of the night screaming and crying,’ Humphreys says. ‘My wife knew something was up but I certainly didn’t want to tell anybody about it. I was embarrassed.’

By 2007 the wheels had started to come off and Humphreys says he was angry and frustrated all the time.

He tried to get help from a psychologist but the 2 failed to gel and he decided to tackle problem by himself.

‘But the night errors came back and I started to abuse alcohol,’ he says. ‘My fuse was really short and pretty quickly, I started to think I’d be better off if I just wasn’t here.

‘That led to suicidal ideation and when I went one day to actually take my life, I couldn’t do it and I had a breakdown.’

Humphreys wasn’t in a flying job at the time but his aviation medical certificate was suspended and he was off work for 9 months.

He eventually got his medical back but by then he knew he had to move on.

‘Damaged goods was the phrase they used about me so I knew my time in the Army was done and it was time to get out and have a civil career,’ he says.

He got a job with CareFlight in the Northern Territory before moving on to other emergency services organisations in Queensland. Civilian roles have included check and training captain, flight examiner, director of operations and chief pilot.

Yet it would be 7 years after his breakdown before he would overcome the shame and self-blame to admit his history.

The breakthrough came when he recounted his illness to a business coach towards the end of 2015.  She urged him to accept his past illness as an historical fact.

‘I thought, “Gees, you know what, I can actually work with that, I can do something about that”,’ Humphreys says. ‘Then a couple of months later, I ended up releasing my secret publicly. It was just amazing – instead of the world swallowing me whole, like I thought it would, the world embraced me and lifted me up.’

The veteran’s background means he understands how hard it is for pilots to admit there may be something wrong.

He notes there is a sense of pride, purpose and identity wrapped up in being a pilot. But a major fear, and one he shared initially, is losing a medical certificate.

‘If a pilot loses their medical and can’t fly anymore, they’re not a pilot anymore,’ he says. ‘They lose their livelihood as well as their purpose and their identity. It can become, quite literally, a death spiral.’

At his presentations, Humphreys hands out a colour-coded self-check ‘continuum’ developed by the Mental Health Commission of Canada showing that mental health issues, like other illnesses, occur across a spectrum.

It gives people an idea of what they might experience if they are healthy, reacting, injured or ill.

‘It’s a really good way to just give you a snapshot,’ he says.

The military veteran also put together 3 mental health checklists with aircrew in mind and had them vetted by psychologists.

‘There are notes, cautions and warnings, in-flight manuals and checklists,’ he says.

‘I’ve used the same concept but with the 3 checklists – one for normal operations, one for cautionary and one for emergency operations. Those 3 checklists relate to the mental health continuum, depending on whether you’re in the green, the yellow/amber or the red.’

All 3 start with a caution or warning about the negative consequences of failing to prioritise self-care.

A green card has advice on how to stay well and an amber card talks about coping with deteriorating mental health. The red card is a list of warnings about serious mental illness, including the need to seek clinical assistance.

The key, says Humphreys, is to get in early and recognise an issue long before it reaches the red stage and to seek help.

He says this has been made easier because of the approach taken by organisations such as CASA in helping individuals deal with a mental issue, rather than simply looking at the condition itself.

There is also support from organisations such as Beyond Blue and Lifeline.

Nipping a problem in the bud early, he adds, ‘is a lot better than getting to the point of contemplating suicide and then facing a very long road back’.