A little after midday, on Sunday 2 October 1994, an Aero Commander 690 operated by Seaview Air taxied for take-off from Williamtown, NSW, on a flight to Lord Howe Island. Eight passengers, including honeymooners and a family with two children, boarded the single-pilot aircraft. Unknown to the passengers, the pilot’s conscience, and the culture within which it breathed, had sealed their fate.

Half an hour later the 25-year-old pilot made a call on the company’s internal communications frequency: ‘I’ve lost it, Clive, I’ve lost it’, as the aircraft descended at high speed into the ocean. The chief pilot and manager of Seaview, who were on a separate company aircraft also flying to Lord Howe, heard the radio call but continued on, and after landing retired for the afternoon, apparently in good conscience, as Flight Service tried desperately to raise the missing aircraft. Nothing was found of it apart from two aerials, some cabin trim and seat cushions, a radio compartment panel and a section of wing insulation. There was no trace of the occupants.

Conscience is often portrayed as an internal compass providing true direction when other cues fail. To conduct oneself with an approving conscience, to pursue principles along a line of reason as ‘straight and clear as a ray of light’ (to quote the 18th century radical philosopher, Thomas Paine), seems a noble ambition.

The problem, especially in aviation safety, is that a ray of light is neither straight nor clear. It can be refracted, reflected, dispersed and warped. And what’s true for the metaphor is true for the subject: no person is an island; they exist within a continent of influences, compulsions and biases. They exist within culture. And culture has its own set of accepted values, behaviours and norms—each affirming, rebuking and modifying the thing we call conscience. In fact, by definition and by application, if culture is, as most definitions express it, ‘accepted values’ culture is conscience.

So, while ‘let your conscience be your guide’ seems like good advice, what guides your conscience? What cultural atmospherics are distorting that ‘straight and clear ray of light’?

How would culture influence your conscience in a small but busy aviation company where, as a newly licensed 25-year-old, you gladly accept a step-up pilot’s job? Applying the new guy’s old adage ‘eyes open, mouth shut’ you quietly refresh yourself on local procedures, aircraft technical matters and operations documentation. You’re excited about the opportunity and willing to make certain concessions to prove yourself—including long hours and low pay.

You soon notice some inconsistencies. You notice the twin-engine aircraft you are to pilot must be regularly overloaded to ‘get the job done’. You notice the company, although operating as regular public transport (RPT), only has approval for charter work. You notice safety equipment such as life rafts is inaccessible. You notice other significant breaches of regulations. Then you start hearing tales of the previous chief pilot submitting confidential reports to the Civil Aviation Authority (CAA) after being sacked.

You like the new chief pilot though, and he seems to like you. You notice he doesn’t seem to worry too much about being overloaded and regularly does it himself—again ‘to get the job done’. Perhaps you have considered broaching the subject with the chief pilot. Perhaps you are worried about the implications of a ramp check and have finally worked up the courage to raise the issues when you and the other company pilots receive a memo from the chief pilot. The memo is advice on how to respond to the regulator when you or the other pilots are questioned regarding company misdemeanours. The advice is firstly to ‘plead ignorance’, and if that doesn’t work ‘plead contrition’. The memo wraps up with ‘… only use believable bullshit—you [pilots] appear dumb, shouldn’t be too hard …’

What is ‘guiding your conscience’ at this point? It might be, from fear of the regulator, ‘don’t breach the regs—it’s your licence if you get caught’. It might be, from a sense of professionalism, ‘come on, you know about airmanship—is this really appropriate?’ It might even be, when looking into the eyes of the passengers boarding your plane, ‘do they deserve all these safety deficiencies?’ But the dominant culture trumps all: the hand that signs the pay cheque gets the final say.

The cruel twist of culture and conscience on that day was this: the passengers had the least control, with the most to lose. They always do. But what if the consciences of the passengers had been informed? What if, somehow, the safety cards (a cruel misnomer in this case) really had provided a snapshot of the safety of the aircraft?

This is what they would have said …

Welcome and thank you for flying with us. Your aircraft today is an Aero Commander 690 conducting an overwater flight to Lord Howe Island.

Your aircraft is probably overloaded by about 300kg. Your pilot is 25 years old and has 60 hours flying this type. He has an infection and is taking unregulated antibiotics and analgesics. His annual medical certificate elapsed last month and has not been renewed.

The latest weather report may or may not have been obtained and indicates the aircraft will be flying in significant icing conditions. There is a placard restricting flight into icing because of equipment deficiencies.

The maintenance control officer lives 500km away, in Wagga Wagga, and has acted as a clerk rather than directing and controlling maintenance. In the last 12 months numerous defects have not been recorded. Airworthiness directives have been actioned tardily, or not at all, and the right engine of your aircraft has exceeded a 5400-hour manufacturer’s limit.

The chief pilot of your airline was employed six months ago after the previous chief pilot was sacked. The sacked chief pilot reported directly to the Civil Aviation Authority (CAA) citing serious safety concerns. In recent years your ‘airline’ (in reality a charter operator) has been involved in 11 air safety reports and two of these allege unauthorised RPT operations in overloaded states with unsecured cargo and inaccessible life rafts.

In May your ‘airline’ was mentioned negatively in Parliament and numerous inspectors and managers within the CAA have failed to address these issues.

Please ensure your seatbelt is buckled and enjoy your flight …

It’s hard to imagine any passenger remaining on board after reading such a card. But of course the only information on the ‘safety’ cards was the normal emergency information.

When asked at the subsequent commission of inquiry why no alarm had been raised, the manager and chief pilot replied they were unaware anything serious had occurred. It appeared the chief pilot was now following his earlier advice on ‘how to handle the regulator’, except that now the bullshit was no longer believable.

Following is the transcript of the call between the chief pilot and the Rescue Coordination Centre (RCC).

RCC: “… what are your thoughts on his comments ‘I’ve lost it with the vibration’? Lost control or lost …?”

Chief pilot: “Can I speak off the record?”

RCC: “Well I can call you back. This is a recorded tape.”

Chief pilot: “Well my comment basically, the impression both John and I got [was] that he had lost control of the aeroplane … if the guy was still under control of course he would have said something …”

The same question asked of the 25-year-old pilot can be asked of the disingenuous chief pilot; that is, ‘what is your conscience being told?’ It may be, by the fear of severe litigation, ‘I have to cover myself’. It may also be, by the fear of losing revenue, ‘I have to protect my job’. It may even be told, by fear of disrepute, ‘I have to protect my reputation or I may never work in this industry again’. The commission had its own ideas about why the lies were told—the main one being fear of a lost insurance payout.

In any case the commission bluntly stated:

The chief pilot and manager are lying … their failure to report was inexcusable. It was consistent with their having formed the view the aircraft had crashed … and there was nothing to be done … There was however a great deal to be done … elaborate search and rescue procedures have been established precisely because there is always the chance that somehow, miraculously, someone might survive.

Other cultures were distorted. The commission heard how a CAA officer warned his superior, in Canberra, about Seaview. His report was passed to a district manager, who the commission found was ‘furious at having been bypassed’ and ‘determined to thwart the inquiry’. This he did, ensuring only token efforts were made.

The commission would eventually ascribe responsibility for the accident to a ‘wanton operator and an incompetent and timid regulator’.

As the managers of Seaview deceived in an accumulation of ‘small’ things they—pre-accident at least—were merely following a line of reasoning that appeared as ‘straight and clear as a ray of light’. In the full words of Paine’s quote—more poignant in this context—‘he whose heart is firm, and whose conscience approves his conduct, will pursue his principles unto death.’  Seaview’s managers allowed their conscience to be their guide, but failed to see it was being guided by a complex and powerful array of biases that would eventually see nine lives lost.

If the lesson of Seaview Air can be condensed into a ‘bold-face item’ it should be this: for good or ill your culture is your conscience. Your organisational culture—your company’s shared ‘norms’ and shared assumptions are the value metric by which all other actions are measured. When the values are good and true they will be the atmosphere oxygenating conscience: when they are bad, they will suffocate conscience.

And when we consider the modern motifs of ‘safety systems’, ‘safety culture’ and ‘compliance’ the Seaview lesson has a sobering corollary: it is possible to have a system—even a safety system—and not be safe. Seaview had safety cards in its aircraft—but it wasn’t safe. Seaview had an early form of what could loosely be called a safety culture—but it wasn’t safe. Seaview was even tacitly compliant with the regulator (in as much as the regulator hadn’t shut them down), but it wasn’t safe. It is of little value to have a safety management system and be tacitly compliant without a good and true safety conscience, without a robust safety culture. The product must match the billboard. The story of Seaview Air is a cautionary tale deserving our full attention when next we gauge our own culture and conscience. Or the next time we fly.

Commission of Inquiry into the Relations between the Civil Aviation Authority and Seaview Air, 1996 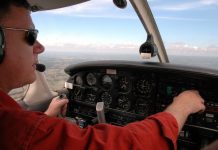