GE CF680E1 turbine engine oil system—oil cooler leaking. SDR 510021664
Oily odour was reported during taxi out, upon descent through FL200 and then again during taxi in. Investigation found a failed APU oil cooler had enabled oil to collect and run down the fuselage, and then be ingested into the APU air inlet. P/No: 38811411.

GE CFM567B2 engine (turbine/turboprop)—turbine engine bird strike. SDR 510021833
At rotation several birds took flight and 2 were struck (one in each engine). Associated burning smell was reported by the flight crew. All engine parameters were normal and air turn back carried out with no further issues. Bird strike inspection carried out and confirmed debris entered in the Engine No. 1 and No. 2 core. Nil damage evident. Boroscope inspection subsequently carried out on both engines. Condition satisfactory nil damage noted. P/No: CFM567B26E. TSN: 6428 hours/2859 cycles. 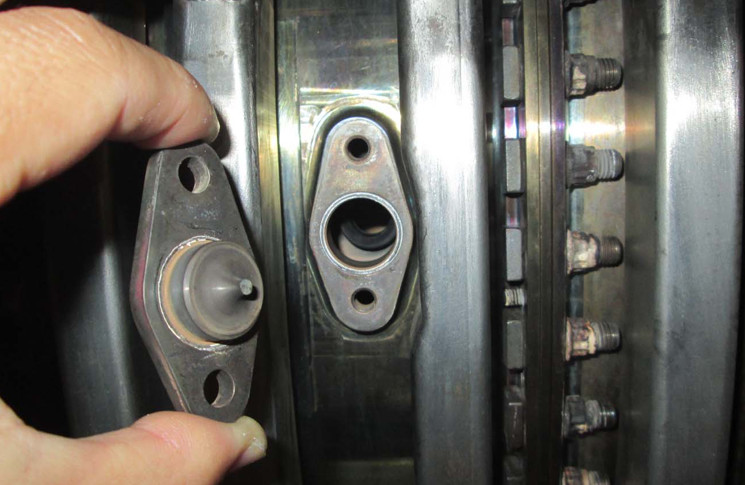 IAE V2533A5 engine (turbine/turboprop)—plug broken. SDR 510021790 (photo above)
During open up for engine HPT blade BSI, the BSI plug T1/2L inner plug was found broken off and detached from the external cover. The broken inner plug was located and retrieved from the turbine casing inter layer cavity. No obvious damage was found on the turbine casing. A new plug assembly was installed after the completion of the BSI inspection. P/No: 2A2351.

PWA PT6A42 engine fuel distribution—fuel line cracked. SDR 510021840
Fuel line found cracked after power loss during engine ground runs. The fuel line is part of a fuel flow transmitter and it a short waisted pipe which does not leave any flexibility during installation. P/No: 3032010.

PWA PT6A67B turbine engine compressor section—compressor blade out of tolerance. SDR 510021767
The out of tolerance blades were discovered at the OEM facility. The reason for rejection was that radius c did not meet the required limit of .100 minimum for two blades. In addition, one of the blades is reported to have a dim n at .220″ which is .070″ over limit. P/No: 3040944. TSO: /6952 cycles.

PWA PW150A turbine engine oil system—seal suspect faulty. SDR 510021635
Flight reported they were experiencing fumes in cabin while on climb. Fault was traced to the deterioration of No. 5 Bearing forward carbon seal. 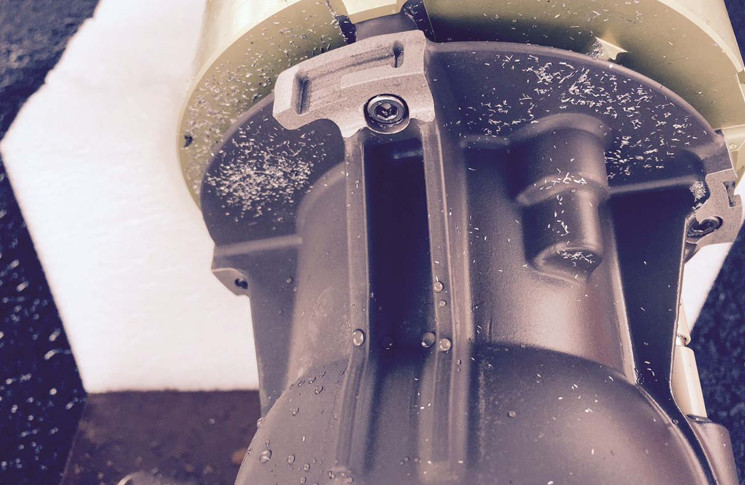 Turbomeca ARRIEL1B turbine engine oil system—pipe cracked. SDR 510021593
The aircraft was undergoing routine inspection. As part of the inspection the engineer was checking (wriggling) lines and fittings when the lower right oil cooler connection pipe fractured. Limited visual inspection revealed the lower half of pipe was partially squashed (approx. 10 % of pipe diameter). It is not possible to determine how the pipe was squashed. There is also some minor surface pitting corrosion on the pipe where the outer rubber pipe goes over it. P/No: 350A53108400. TSN: 6733 hours.

Turbomeca ARRIEL1C engine (turbine/turboprop)—turbine engine seized. SDR 510021682
Engine locking up at start up. This occurred also on May 4 this year and after following manufacturers inspections the cause appeared to cause from possible carbon or contamination of the labyrinth seals. P/No: 70BM035620. TSO: 2254 hours/4076 cycles. 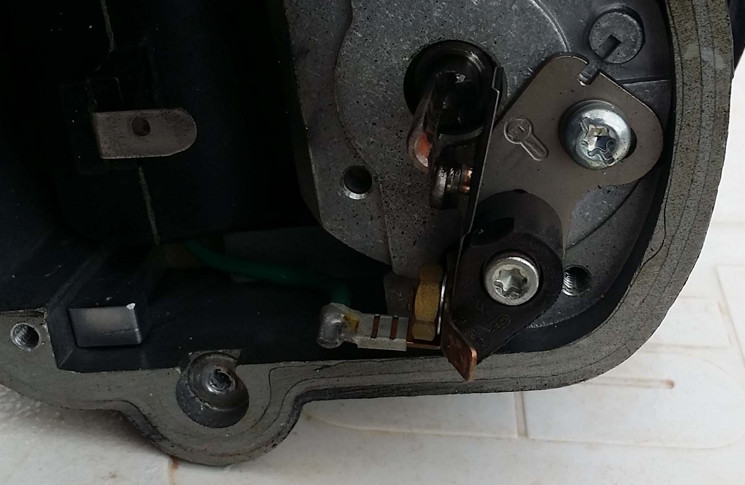 Manufacturer unknown—unknown model window/windshield system—canopy separated. SDR 510021755
Plexiglass canopy detached from frame during winch launch and shattered against tailplane. Adhesive was still firmly attached to frame but almost nil on plexiglass. The adhesive (black) looked severely aged. This was the original canopy from the factory.