Airbus A320-232 Air distribution system—APU overfilled. SDR 510021632
On ground preparing for engine run, cockpit and forward galley filled with smoke for a duration of approximately 10 seconds, the smell was described as an electrical burning smell and persisted for several minutes. APU oil level found high, oil level adjusted. No other defects found.

Airbus A320-232 Crew station equipment system—seat belt disengaged. SDR 510021834
During climb, the captain noticed that the seatbelt had detached from the left hand side of his seat.

Airbus A320-232 Equipment/furnishings wiring—oven odour. SDR 510021549
Aircraft diverted due to fumes in the rear of the cabin. Musty burning smell. Dirty oven cause of smell. 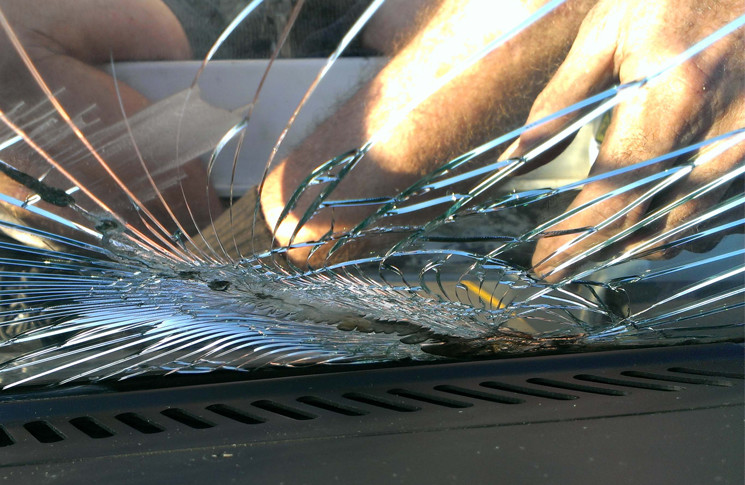 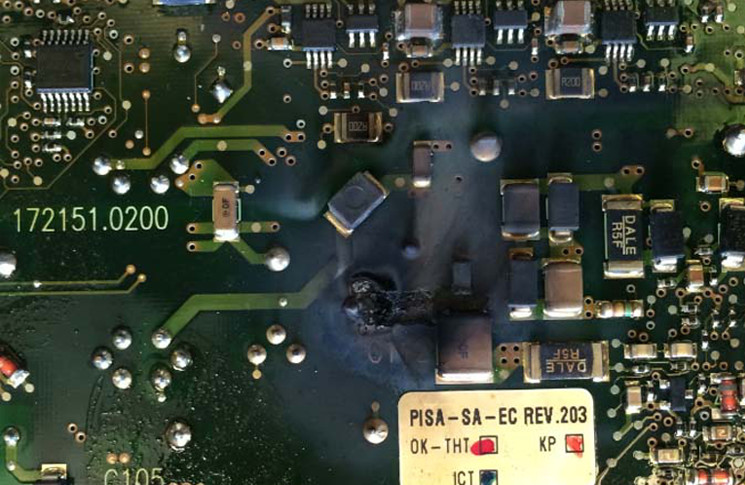 Airbus A320-232 Wing control surface attach fittings—flap track corroded. SDR 510021673
Significant corrosion has been identified at the forward end of the mounting plate of Flap Track 2 near Rib 6A. Corrosion is current being reviewed in consultation with the Aircraft OEM.

Airbus A330-202 Aircraft fuel distribution system—fuel line chafing. SDR 510021826
After landing, a significant leak of fuel from beneath the reverser cowl of No. 2 engine was noted. Upon engineering investigation, it was found that a clamp to the left side fuel manifold had chaffed the fuel line at the engine’s 6 o’clock position. P/No: 2420M70G01. TSN: 43354 hours TSO: 15586 hours

Airbus A330-203 Crew oxygen system—hose broken. SDR 510021624
During scheduled detailed inspection of the Zone A oxygen masks, it was noted that a hose to one of the two masks fitted at the Door 1R (fwd) position had broken and detached at the oxygen generator spigot. P/No: E6068100.

Airbus A330-243 Air conditioning system—aircraft interior odour. SDR 510021752
Cabin crew reported unusual odour around the mid galley (door 2 area) described as a little oily/body odour smell. Troubleshooting carried out and no smells could be reproduced on the ground. 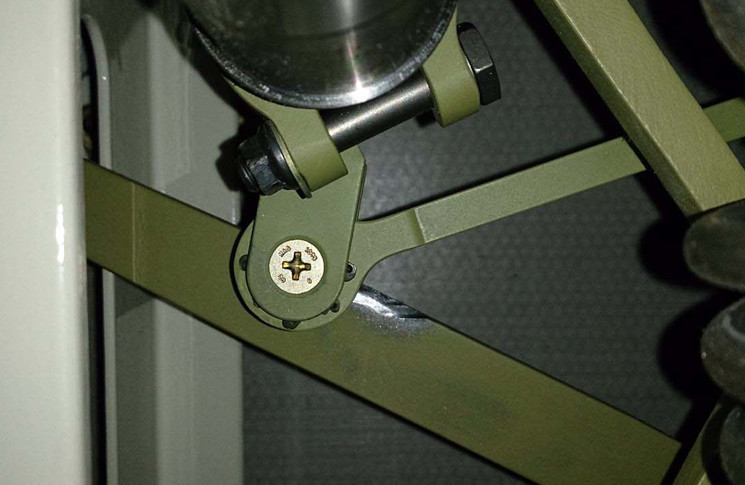 Boeing 717-200 Fuselage structure—fuselage exceed per limits. SDR 510021761
The aircraft was in cruise approaching 37000 ft when it encountered moderate to light turbulence with an upward speed trend and slowly transitioned from climb to descent in V/S. Altitude exceeded 37000 ft by 120ft. Boeing have confirmed that no additional inspections are necessary and have stated that infrequent incidental excursions above the maximum operating altitude do not affect fatigue life.

Boeing 717-200 tire—brake incorrect repair. SDR 510021742
During maintenance, it was noted that when attempting to release the No. 3 brake, in fact the No. 4 was released and vice-versa. During trouble shooting this aircraft was compared with a nearby second aircraft and was found to be identical in the fact that the No. 1 system brake hoses located to the aft face of the R/H MLG shock struts were crossed, leading to incorrect operation. P/No: AS11606K0403. TSN: 14930 hours/9601 cycles

Boeing 737-838 air conditioning system—cockpit odour. SDR 510021601
Soon after selection of take-off thrust, at approximately 75-80 kts, a fume smell was noted in the cockpit. The smell was described as ‘burning metal’, ‘chemical’ and ‘warm feeling’, and the crew reported it was difficult to breathe properly. The fume smell persisted for approximately two minutes before dissipating. It was noted that this was the first flight following a compressor wash (of the No. 1 engine). 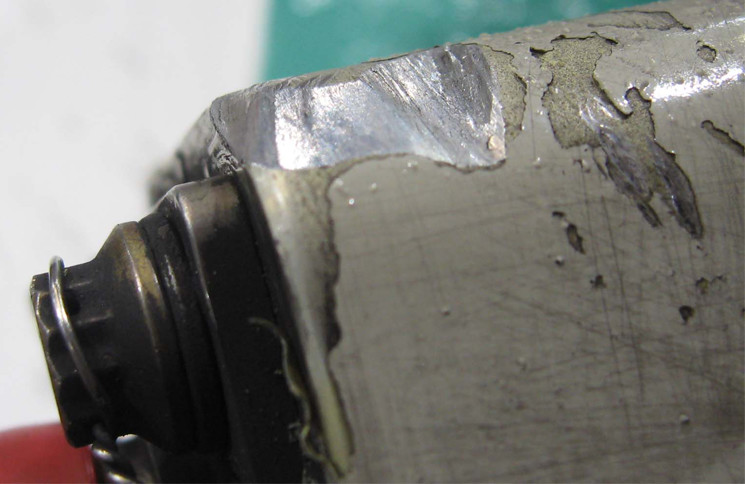 Boeing 787-8 central display—display unit suspect faulty. SDR 510021537
Captain’s inboard and outboad display units blanked with loss of all flight information on captains side. On shutting down aircraft engines all systems restored to normal. 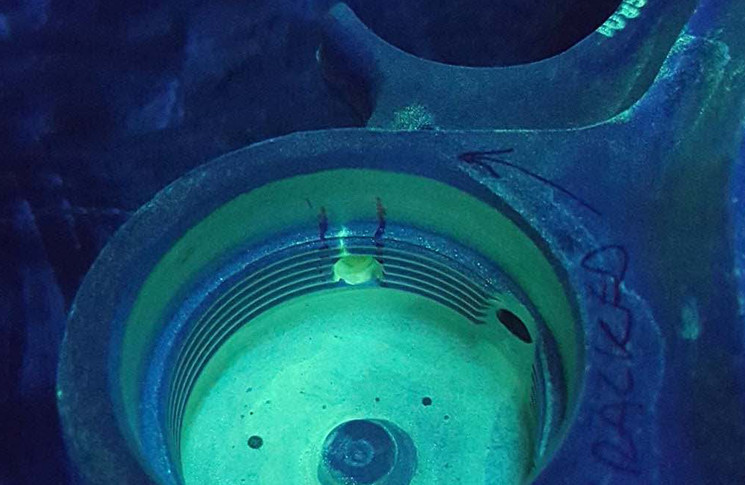 Bombardier DHC8-202 wing control surface attach fittings—bolt not engaged. SDR 510021851
During C check it was found that a bolt replacement was required in the flap torque tube, out board of the flap motor on the left hand wing. Upon closer inspection it was discovered that the bolt was fitted to the torque tube but not engaged in the splined drive per the AMM.

Bombardier DHC8-315 aerodynamic fairing—radome damaged. SDR 510021842
During flight, a large bird was seen and felt hitting the front nose area of the fuselage. Engineering inspected the aircraft and found damage to the upper left hand side corner of the radome/bulkhead at X-7.00. Damaged metallic structure removed and repaired. Damaged composite structure repaired.

Bombardier DHC8-315 emergency equipment system—life jacket faulty. SDR 510021712
Lifejacket P/N TYPE 11A, S/N 3290 was accidentally activated. It was noted that the right hand side inflated correctly but the left hand side did not.

Bombardier DHC8-402 cargo compartment lighting—terminal burnt. SDR 510021744
On routine Inspection of cargo area the terminals to the cargo bay lights were found severely heat affected. The insulation was found to be charred or missing. The plastic fitting on the light was also heat affected and broken. Investigation ongoing.

British Aerospace JETSTM3201 landing gear door actuator —washer faulty manufactory. SDR 510021772
BAE requires mod SB 32-JM7862R3 to be incorporated at next scheduled leg removal (overhaul) which was supplied incorporated with the overhauled leg as per the mandating of EASA AD No. 2014-0239. This AD has the background as to why the special washer is installed. The SB has been amended 3 times so far, to prevent this washer migrating without success. P/No: 13744B31. TSN: 46 hours/35 landings TSO: 46 hours/35 landings 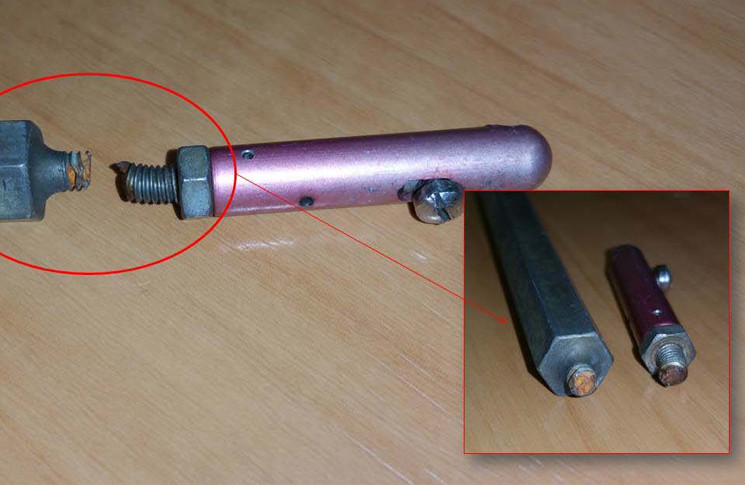 Embraer EMB-120 Trailing edge flap actuator—actuator unserviceable. SDR 510021538
Flap disagreement on approach. Both outboard flap actuators were found to be the source of the issue. P/No: 3203001007.

Fokker F28 MK0100 air conditioning system—air conditioning failed. SDR 510021743
During flight, noise and vibration was heard from under the captain’s side cockpit floor, which subsided after switching the No. 1 air-conditioning pack off. No. 1 High Pressure (HP) Valve was not closing at high power settings. The left hand flow control valve was found to be stuck in normal mode. Further troubleshooting then resulted in the replacement of the No. 1 air cycle machine (ACM) and pack, and turbine bypass valve. During ACM replacement, engineering staff identified a test pressure tube damaged downstream near a forward fitting. The tube was resultantly re-flared, with leak checks carried out without fault. The left hand HP bleed sensing switch was then replaced and adjusted and the right hand was adjusted, with further operational checks carried out without fault.

Fokker F28 MK0100 air intake anti-ice/de-ice system—relief valve unserviceable. SDR 510021818
Flight Crew encountered a No. 1 engine anti-ice fault, which they were unable to reset. Investigation by engineering staff identified a seized/damaged anti-ice pressure relief and shut-off valve (PRSOV) Cannon plug and receptacle, with the plug and valve resultantly replaced. chafed wiring was also identified adjacent to the plug, with no wire core damage noted, and the insulation repaired as required.

Fokker F28 MK0100 crew station equipment system—FCC failed. SDR 510021597
Flight crew of unable to engage Auto-Pilot No. 2, although Land 2 remained engaged. The flight crew then encountered a rudder reversal, with 1/3 deflection of both rudder pedals, and an uncontrolled movement of the aircraft, due to an uncontrolled rudder movement. Subsequent investigation by engineering staff identified that flight control computer (FCC) No. 2 failed to test, resulting in the replacement of the Unit. Additional operational checks were then carried out without fault, and the system was declared serviceable. 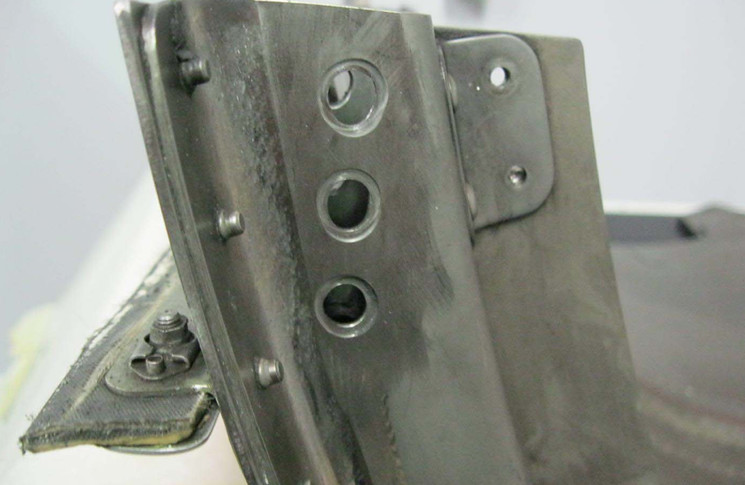 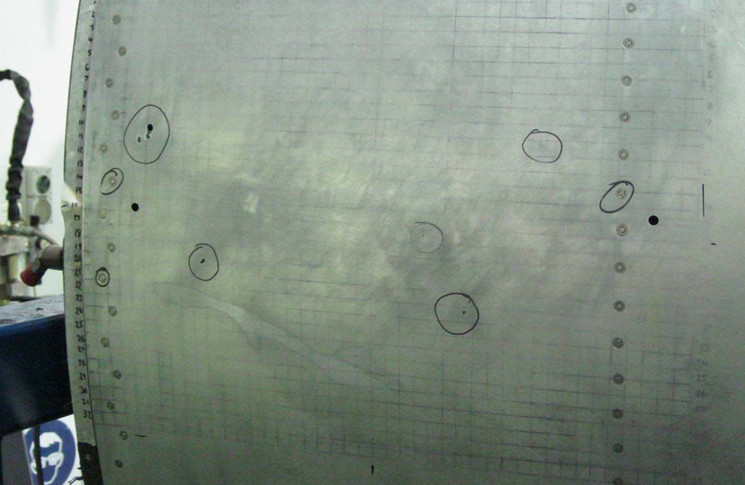 Fokker F28 MK0100 flight compartment lighting—light bulb incorrect dimensions. SDR 510021836
Engineering staff reported that they had identified jammed cockpit overhead panel switches, with investigation identifying the installed Lamps to have incorrect dimensions. Further investigation by engineering staff and quality and safety personnel has identified that the lamps have been manufactured with larger dimensions; particularly the dimension of the lamp side flange contactor, and between the side flange contactor and the base contactor. P/No: GE6839.

Fokker F28 MK0100 hydraulic pump main—pump unserviceable. SDR 510021586
During pre-flight inspection skydrol hydraulic fluid leak was detected from the No. 1 engine nacelles. Subsequent inspection, identified that the leak was emanating from the No. 2 Pump which was replaced. Investigation ongoing.

Fokker F28 MK070 autopilot computer—display unit suspect faulty. SDR 510021596
During descent with the auto-pilot engaged the flight crew encountered an uncontrolled pitch down. The flight mode panel was replaced, and the system was declared serviceable.

Fokker F28 MK070 flight control system—flight control unit suspect faulty. SDR 510021713
During descent, the flight crew encountered an uncontrolled pitch down of the Aircraft for approximately one second with the Autopilot engaged, with a No Autoland message displaying. Investigation ongoing.

IAI 1124 DC generation system—bearing collapsed. SDR 510021723
Airframe vibration felt through airframe. Vibration ceased when RH 3 engine shut down. Engineering confirmed that the RH DC Generator was the source of the engine vibration. This component was replaced and the aircraft returned to service with nil further related defects. The strip report for the DC Generator notes that the ADE (armature drive end) bearing cage had collapsed allowing the ball bearings to move around erratically. P/No: 03601018.

IAI 1124 Power lever—cable suspect faulty. SDR 510021757
LH power lever was extremely difficult to move during flight, as if the friction was too tight. As the aircraft passed through 11,000 ft the power lever had started to move more freely and by 5000 ft normal full and free movement was restored. Investigation ongoing. P/No: 5536281.

Saab SF340A Landing gear retract/extension system—controller unserviceable. SDR 510021691
On departure, the crew selected gear up and the disagreement light in the landing gear control handle failed to illuminate. It did work during the subsequent extension of the gear. Engineering investigation confirmed the fault was in the landing gear controller PN: D494-12-001. The controller has been replaced and the aircraft has been returned to service. P/No: D49412001. TSO: 198 hours/146 cycles.