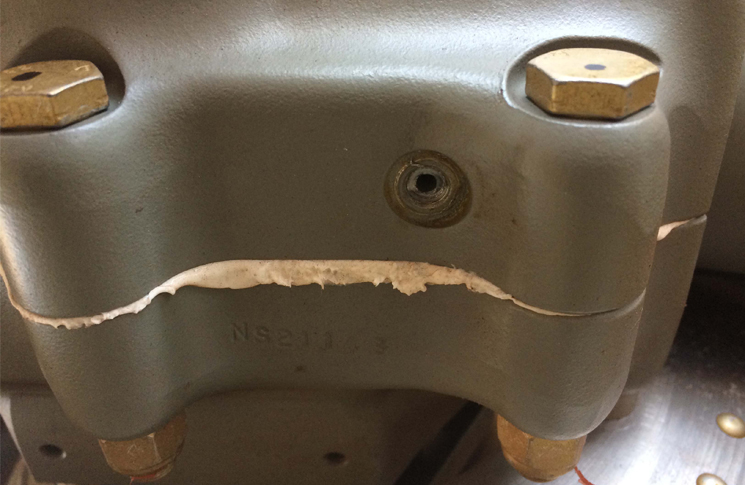 Hartzell HCC2YR1 Propeller hub section—grease nipple jammed. SDR 510022206 (photo above)
On the first 200 hour inspection since engine and prop change, the engineer wanted to grease the propeller. Upon attempting to remove a grease nipple on the hub as instructed in the Hartzell owner manual 115N, the nipple was so tight that it snapped off. Multiple attempts with various different tools to remove the remaining part of the nipple were futile. On the other side of the hub, exactly the same thing happened. This is the first time the propeller required greasing IAW the applicable AMP, so the propeller came out of the factory with the fault.

Hartzell HCM2YR2 Propeller assembly—spring incorrect part. SDR 510021958
During a tear-down inspection to inspect for metal contamination, it was found that the propeller had been assembled using obsolete parts. Manual 117D Rev 16 stipulates that the spring assembly is to be up-graded to the latest configuration by replacing the old style plate and fly-weight latches. During a more thorough detailed inspection it was found that a large number of mandatory parts as set out in the CMM had not been replaced and old parts used. P/No: B15892.