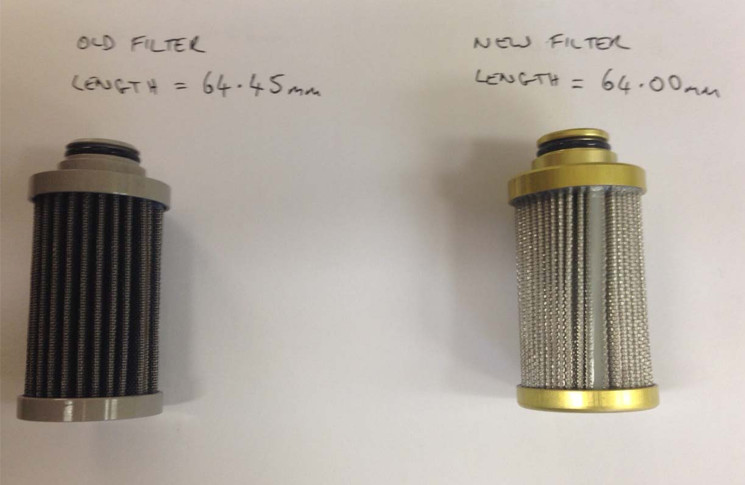 Eurocopter AS350B3 Hydraulic power system—filter incorrect dimensions. SDR 510022704 (photo above)
On a turnaround check it was noticed that one of the hydraulic system impending bypass indicators had ‘popped’. During the course of changing the filter, we were unable to gain the correct clearance through the peel shim pack, on further investigation it was found that the new filter was approximately .45mm shorter than the one being removed. We then measured all our stock of filters and found that they all varied in length and were below the measurement of the original. Airbus Helicopters have acknowledged that there is an issue with the supplied filters, and have issued a Technical Agreement to clean the existing filter. They also asked us to quarantine our stock of effected filters. P/No: 806966.

Eurocopter EC120B Battery/charger system—battery chafing. SDR 510022690
On removal of batteries for tail-boom re-torque it was discovered one battery had chaffed through on a frame due to no protection on frame. P/No: PC925.

Kawasaki BK117B2 Flight compartment windows—window missing. SDR 510022721
During flight, a drumming of the co-pilots window was noticed. The drumming ceased suddenly, with a noted drop in pressure, the co-pilot observed the sliding window falling to ground. There was with no introduced vibrations noted from the main and tail rotor and the visual of the window falling out, down and away from the aircraft, it was decided to continue home base. Aircraft landed without incident and immediate inspection showed no visible damage to aircraft. Aircraft grounded with initial engineering inspection noting the window stiffener had partially de-bonded. P/No: MBK1172410055. TSN: 30 hours/79 cycles/2 months. 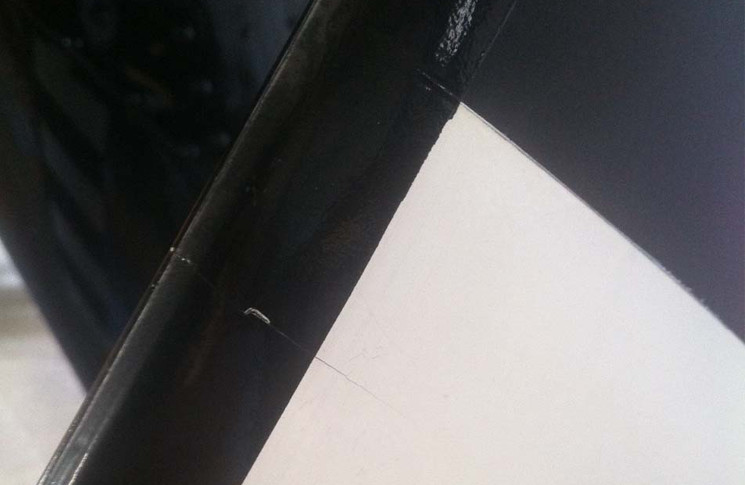 Robinson R44 Tail rotor blades—tail rotor blade cracked. SDR 510022813 (photo above)
During a pre-flight daily inspection a crack was noticed on one of the tail rotor blades (at the root of the blade). P/No: CO292. TSN: 1250 hours.