The transformation of British cycling from weakling to powerhouse offers an insight into the aggregation of marginal gains and how getting the small things right can mean big improvements—even for aviation safety.

Would you take the time and effort to improve something if it meant an increase of only one per cent? Probably not, as the short-term benefits wouldn’t be worth your while. But what about putting that one per cent increase across many areas of your performance, and over a longer period? This is the essence of marginal gains theory, and its application in the cutthroat world of professional cycling has given one team the competitive edge.

Since the dawn of the sport, cyclists and the teams they ride for have pushed the boundaries of performance, redefining along the way the notion of what is possible. Faster bikes, stronger riders, more nutritious diets and smarter tactics have all stretched the boundaries—sometimes too far. But since the downfall of Lance Armstrong and the doping culture he embodied, professional cycling has been operating under a relentless spotlight of cynicism. In this renewed era of scrutiny, the cycling pack, affectionately known as the peloton, have been left chasing one team—TeamSky.

Winning three of the last four Tours de France and the previous two world championships, the British-based outfit is managed by Sir David Brailsford, a performance director with a reputation for sweating the small stuff.

When Brailsford arrived at British Cycling in 1996, the wheels were quite literally falling off. The Federation was almost bankrupt and the only indoor Olympic-standard cycling track in the United Kingdom was facing closure. Ranked 17th in the world, the country’s track cycling team managed just two bronze medals at the Olympic Games in Atlanta.

By the 2008 Olympics in Beijing, the team had won 14 medals, eight of them gold, and had a fearsome reputation as the number-one ranked team on the planet.

The meteoric rise was similar at professional road cycling outfit TeamSky. Established in 2009 with Brailsford at the helm, the team’s founding goal was to crown Britain’s first winner of the Tour de France within five years. It did so in less than three and went on to win two more yellow jerseys, most recently in 2015.

So what’s the secret? Following the 2012 Olympic Games in London, where Team GB repeated its domination of Beijing by winning a further eight gold medals in track cycling, Brailsford gave an insight into how he applied the concept of marginal gains.

‘The whole principle came from the idea that if you broke down everything you could think of that goes into riding a bike—and then improved it by one per cent—you will get a significant increase when you put them all together,’ says Brailsford. ‘There’s fitness and conditioning, of course, but there are other things that might seem on the periphery, like sleeping in the right position, having the same pillow when you’re away and training in different places.’

Other teams would often overlook these small enhancements, continuing to focus on the traditional ways of riding faster. For Brailsford, this meant gaining a competitive edge, and there was no process too small or insignificant that it couldn’t be improved.

‘Do you really know how to clean your hands? Without leaving the bits between your fingers?’ he asks. ‘If you do things like that properly, you will get ill a little bit less.’ Brailsford even had the floors in the mechanics area painted pristine white to make spotting dust particles easier. ‘They’re tiny things,’ he says. ‘But if you clump them together, it makes a big difference.’

In many ways, the application of marginal gains is similar to that of safety management; its central concepts are simple. An ICAO working group once described effective safety management as ‘organised common sense,’ and this acumen is evident at TeamSky.

‘For a highly trained athlete who’s racing six hours a day, you couldn’t think of a worse way to go about it,’ he says.

‘So we created our own bedding, which was made for each individual athlete; their length, their weight, how they sleep; their posture. We have a team that goes ahead of the race, they clear out each hotel room, they take the beds out, and we put our own beds in with the same pillow. So every single night the riders will sleep in a consistent position on a consistent bed and their posture will remain the same.’

‘That’s a marginal gain,’ says Brailsford. ‘It’s not going to win you the Tour de France, but it can make a little difference towards the performance.’

Consistent sleeping posture, effective hand-washing, and better dust detection were just a few improvements that all helped make up the winning formula. But marginal gains did something else, something much more profound; it promoted a culture within the team—a culture of self-improvement, as well as an atmosphere of trust where open discussions could take place on how to get better.

‘We’re in the right mindset,’ says Brailsford. ‘We’re looking for little things collectively all the time that’s going to make us improve. We’re open-minded to new ideas. We don’t see it as someone scrutinising an area; we don’t see it as criticism of me not doing something I’m meant to be doing, and that’s the kind of philosophy we wanted to develop.’

‘It’s hard to explain what makes the team so special,’ says Chris Hoy, one of Brailsford’s track cyclists and winner of six Olympic medals. ‘It’s all of it, the science, the training, the coaches, but most of all we point the mirror at ourselves and ask “how can we get better?”’

This culture of self-improvement is embedded at TeamSky too. On every bike, every team car and even on the tags of clothing the cyclists wear, the team’s motto is repeated like a sacred mantra:

‘This is the line.
‘The line between winning and losing.
‘Between failure and success.
‘Between good and great.
‘Between dreaming and believing.
‘Between convention and innovation.
‘Between head and heart.
‘It is a fine line.
‘It challenges everything we do.
‘And we ride it every day.’

The application of marginal gains, the culture of improvement and the underpinning question of ‘how can we do this better?’ doesn’t need to be restricted to the world of professional cycling. In fact, it can be applied to almost any profession. While those in the aviation industry are not contending for the yellow jersey, they’re fighting a battle of risk mitigation; a contest where losing has far greater consequences.

By breaking down every aspect of your job and looking for small improvements, even in areas that might seem on the periphery, you too could improve your performance, helping mitigate the individual human errors we are all capable of making.

Do you have a long morning commute? Do you take the most effective route? Or does it leave you stressed before getting to work? Do you stay hydrated throughout the day? Or do multiple coffees leave you with afternoon headaches?

Are you getting enough quality sleep? Or does your family and social commitments leave you feeling jaded and longing for a nap? Are you eating well? Or do multiple trips to the vending machine leave you distracted and with a short-lived sugar high?

These are just a few examples of the many small human factors contributing to your individual performance, enhancing them, even by as little as one per cent, could result in a noticeable improvement over time.

‘There are 15 elements making up a safety management system,’ says Hutchinson. ‘One of those is continuous improvement, so aviation organisations should always be looking at ways to improve safety and mitigate risk, even if those improvements are only minor. So I can certainly see the benefits to marginal gains,’ he says.

‘Take training and promotion as an example; if an aviation organisation were to put a little bit more time into induction training, really making sure employees were aware of what they needed to report, and how to complete a report correctly, well then over time, that organisation is going to have much higher quality data,’ he says. ‘That will help show a more complete picture of what kind of safety challenges that organisation faces and help it make better safety decisions.’

But having a strong reporting culture in any organisation depends greatly on whether there’s an atmosphere of trust, where people are prepared to report their errors and see the benefits in doing so.

‘When we talk about communication and trust within an organisation, we’re talking about the feedback loop,’ says Hutchinson. ‘When an employee raises a potential safety issue, that employee wants to know what the outcome was. If all management did was talk about it, do you expect that employee to raise a similar occurrence in the future?

‘In the early stages of implementing an SMS, a tangible outcome we look for is an increase in safety reports,’ says Hutchinson. ‘Why is that? Does it mean you’re less safe? No,’ he says. ‘It’s because people are more willing to report things because they see the benefits in doing so and have more trust in the system.’

In creating a strong performance culture at TeamSky, Brailsford unknowingly replicated many of the central themes present in an effective safety culture, something Hutchinson is not surprised by. ‘This stuff isn’t rocket science—it just makes good business sense,’ he says. ‘If you’re towing aeroplanes into a hanger you’re going to lose money. But if you put an extra wing-walker on, you’re probably not,’ he says. ‘But be proactive about that, don’t wait for an accident to happen to then make changes, do it now.’

‘The risks will always be there; there’s no escaping that, but it’s about asking what added controls can help mitigate that risk,’ he says. ‘If an organisation can sit down, be honest with itself and ask “what are our top five risks, how do we know they’re our top five, what are we doing to manage those risks, how do we know that what we’re doing is working?” and then ask “what other controls can we put it in place”, that’s all going to help the endgame of improving safety,’ he says. ‘Whether it’s more training and awareness, more equipment, greater resources or even a change in attitude, they’re all marginal gains that might help mitigate the overall risk.’

As TeamSky’s sleeping arrangements didn’t win the Tour de France alone, Hutchinson agrees that a safety management system by itself isn’t going to ensure incident-free operations. ‘SMS isn’t a silver bullet,’ he says. ‘It’s not going to fix every problem known to man, but it is an extra defence. So when organisations talk about their top five hazards, an SMS might be one of those controls put in place to mitigate the associated risks.’

CASA is also conducting workshops around regional Australia until June to help facilitate this process. 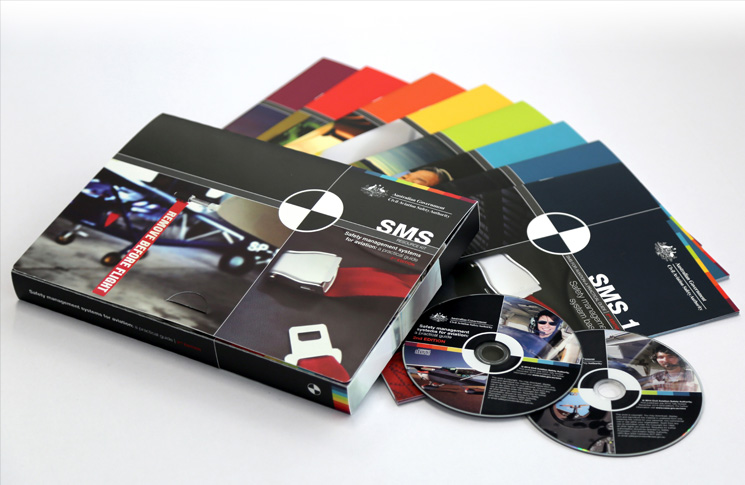