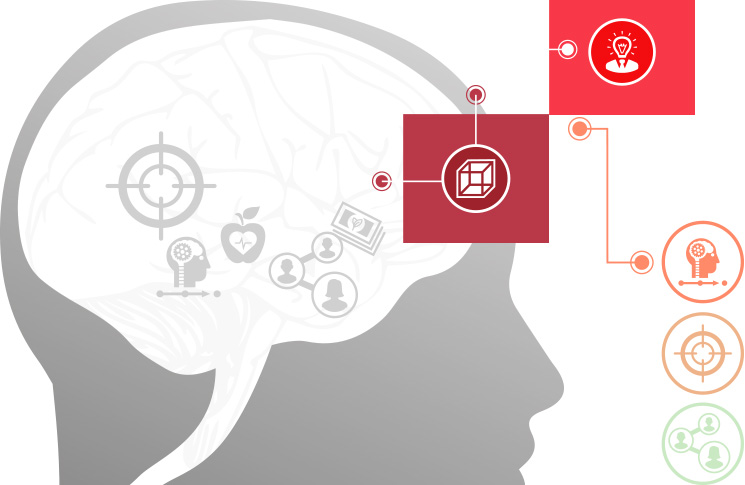 A friend of mine always signs off his emails to me with the signature ‘fly safely’. I had never given it much thought, until recently, when a good friend and colleague—and one of the most thorough and safe pilots I’ve ever met—had an accident that resulted in significant injury. The news of his accident shook me deeply, and caused me to ask myself, ‘is there such thing as flying safely?’

I began to ask people across all walks of the industry what flying safely meant to them. Through many conversations and dialogues (because pilots love nothing more than giving opinions!) I came to discover that flight safety is both highly personality-driven and very specific to aircraft type and operations.

I have long wondered whether personality type is a factor influencing the type of aircraft pilots choose to fly. The stereotype of a pilot has changed in the public mindset from the days of wood and fabric when pilots were thought to be made of the ‘right stuff’—the stable extrovert type; the self reliant loner for whom a mistake would lead to instant death—through to today’s age of glass cockpits, fly-by-wire aircraft and multi-pilot crew airline flying, where the macho pilot is considered the ‘wrong stuff’. Additionally, the introduction of human factors has come far in breaking down the old attitudes in favour of a cooperative, team-playing and an open disclosure attitude.

There is much evidence to suggest that pilots tend to fall under a certain personality type category, normally known as Type A. Type A individuals are ambitious, rigidly organised, highly status-conscious, sensitive, proactive and concerned with time management. People with Type A personalities are often high-achieving workaholics who loathe both delays and ambivalence.

In his 2001 study, Practical Use Of The Pilot Personality Profile, Robert G. Rose also finds that pilots as a group are fairly consistent. He found that pilots ‘generally have good social skills and good reasoning … are able to deal with complex information, make decisions and deal with people. Thus, they tend to be bright, and capable of good social interaction.’ In summary, Rose says ‘pilots are positive, but they remain so by questioning everything that could go wrong. They are diligent, but they do not like rushing, especially to meet artificial deadlines. They are interested in what’s going on, but like to have a quick overview of the big picture at the outset and they like their information to be concise. Finally, they are cooperative, but never ask them to delegate decisions about safety; it’s not a choice they have, nor one passengers would want them to have.’

The US Airline Pilots Association has conducted studies on the pilot personality. They concluded that pilots tend to exhibit 24 traits. Obviously, every pilot won’t have every trait, but many tend to have at least half of them. How many of these pilot personality traits do you think you have?

When experiencing unwanted feelings, a tendency to mask them with humour or anger.

While the evidence makes clear that the type of person who decides to become a pilot shares certain character traits, it’s those sub-groups that interest me.

There’s very little research on personality types and aircraft models, but I’ve been in the industry just long enough to risk some anecdotal evidence of my own.

I started in traditional ‘metal and rivet’ aircraft, then moved through a tail wheel endorsement in a wood and fabric aircraft, then onto the multi-choice world of recreational aircraft, concluding in a high-performance, full glass cockpit composite-built single. As a journalist I’ve flown in everything from a powered parachute to a King Air, and throughout my career I’ve always wondered what makes people stop at their aircraft of choice. While for some, finances and time limit them to their choices, most pilots settled on their aircraft because it suited their personality and, as an extension of that, their type of operation.

I recently had the pleasure of the company of a large group of micro-light pilots. Annually they come together for a MegaFauna Flyaway, and this year’s event was stunted by appalling weather. The poor weather hadn’t hampered their team spirit, and they continued to follow their activities schedule by car whenever the weather prevented them flying. While the pilots were on the ground, I had the opportunity to ask many of them, ‘why micro-lights?’

Their answers described a group who enjoy outdoor, team activities, the feeling of the wind in their faces and the ability to stop in rural communities without requiring runways and vigorous aviation restrictions. They rejected the opinion of some of the industry that labelled them old fashioned or ‘not proper pilots’ and fought hard for their type of aviation to be viewed as valid as any other. They stressed they were equally responsible about safety issues and tended to know a great deal about engine maintenance and meteorology.

The following weekend, I was active in a tour for a high-performance piston single, boasting a state-of-the-art glass cockpit. The pilots I met over the weekend were largely business professionals who flew IFR mostly for work purposes. They considered themselves highly trained, proficient pilots who flew regularly and attended aircraft specific training events annually.

Their safety concerns were largely focused around remaining current, being aware of staying ahead of the aircraft and having a full understanding of its avionics.

These were two distinctly different groups of people, for whom ‘flying safe’ meant very different things.

Safety: a matter of perspective

I share a hangar with pilots of a Pilatus PC-12, a Citation Mustang, a Cessna 310, a superbly polished RV-6, an old Cessna 206 and a very neat and tidy C182. I am confident that I would be able to match the pilot to his aircraft type. Over the year I’ve been using the hangar, I’ve observed that the pilot of each aircraft has a different safety focus. Their operation profiles are significantly different, with the high performance aircraft largely focusing on charter; two of the Cessnas conducting survey operations and the RV-6 being flown aerobatically.

Safety means something subtly different to each of these pilots. For the high performance charters, time constraints place the focus on preparation, and the pilots tend to have the pre-flight, weight and balance and performance charts completed long before the flight. For the survey, the safety angle is largely meteorological, with cloud and turbulence being the main issues. The aerobatic pilot is specifically mindful of the wind conditions, and his passenger preparation is markedly different to that of the charter pilot.

Just for fun, try this quiz, which identifies your aircraft match by your personality type.

Mine was very accurate, but interestingly has changed my type since I completed it two years ago (I’ve gone from a Bonanza to a Cirrus!)

The chicken and the egg

Having thought long and hard about my own personality in regards to flight safety, I’ve realised that the disciplines I’ve learnt in the field of aviation are carried through to other areas of my life. While I’m not a natural Type A personality (I scored 9/24 on the above test) aviation has taught me patience, has improved my spatial skills and has made me slow down and complete tasks in a less harried manner. Essentially, becoming a pilot has modified my personality in terms of safety and airmanship.

There are two general questions that any pilots reading this could profitably ask themselves. First, which of the pilot aspects of my character do I need to develop or suppress in order to fly more safely? And second, what are the specific safety concerns of the type of aircraft I fly and the type of flying I do?

The paradox is that those questions are introspective, abstract and involve considering personal imperfection, none of which the typical pilot does well, according to the studies. But persist. Your reward will be a deeper system knowledge of your strengths and limitations.

It seems our relationship with flight safety is complex. While we begin with a personality type that is drawn to aviation because of its challenges, we also develop our personalities to rise to the demands of piloting aircraft. Furthermore, we gravitate towards aircraft profiles that suit our personalities and once more adapt our safety mindsets as appropriate.

How the Type A Personality Profile was discovered