Home Feature Fire over the plains 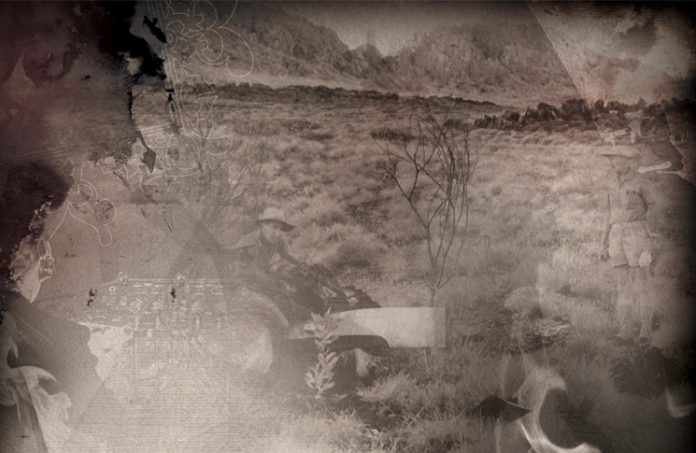 September sees the 50th anniversary of a crash which reveals much about how aviation safety has progressed since the 1960s.

Winton is a town of about 1000 people on the vast channel country plains of western Queensland. It has two connections with Australian aviation: as the birthplace of Qantas, in 1920; and as the site of one of Australia’s worst air disasters, 50 years ago.

On Thursday 22 September 1966, an Ansett-ANA Vickers Viscount 832 was flying from Mount Isa to Longreach. On board were two pilots, two cabin crew and 20 passengers. At 12.52pm it called to Longreach Flight Service.

As reported by the Sydney Morning Herald the conversation went:

Longreach: ‘Are you operating normally?’

Viscount: ‘No. Please stand by.’

Longreach: ‘Can I give you any assistance?’

Viscount: ‘Still on emergency descent. I have a fire warning in two engines. We have one engine out and unable to feather either engine.’

The crew of a nearby TAA DC-3 heard the Viscount say: ‘Heading towards Winton.’

Two minutes later the Viscount radioed: ‘We have a visible fire in one engine. Tracking to Winton below 5000 feet.’

Longreach did not reply, so the TAA crew relayed the Viscount’s message.

At Longreach’s request, the TAA crew tried to get in touch with the Viscount, asking for its estimated time of arrival at Winton, but there was only silence on the radio.

At 1.03pm a shearer working near Winton noticed smoke in the sky, which he at first took to be a scrub fire, but was puzzled because there was no spinifex to burn at that time of the year.

He told the following year’s official inquiry the smoke comprised two puffs in the sky which joined together and a cloud mushrooming from the ground. On another property, 60km from town, a man repairing a windmill heard a dull thud, which he took to be a problem with the windmill’s rotor.

Then he saw a ball of smoke, and two objects in the sky, falling, one of them glowing.

The chief of the Winton fire brigade had gone home for lunch and had just settled to listen to the radio serial Blue Hills when the fire alarm sounded. He made the short journey to the fire station where a Department of Civil Aviation official was waiting on the phone, and was directed to the airport. On the way there he saw smoke in the sky, and a radio call diverted the fire engine to a station about 20 km west of town.

There he found scattered wreckage, but no survivors. Witness accounts emphasise the scattering, fire and total destruction.

Department of Civil Aviation accident inspector Frank Yeend wrote: ‘We were presented with a scene of absolute devastation. The wreckage of the aircraft, in many thousands of pieces, was strewn through light gidgea scrub over a distance of 1.2 miles and the whole area had been ravaged by fire.’

Another investigator, David Scott Graham, told the inquiry how the aircraft’s flight data recorder had been embedded in molten metal which had solidified to a mass one metre in diameter and weighing about 100 kg.

‘I walked this morning more than a mile through the debris that was an airliner,’ he declared, describing a scene of ‘scattered pieces of wreckage ranging from engine parts to teapots, cups and saucers.’ Proust recounted walking past cushions, luggage littering the ground, and a no smoking sign hanging from a piece of scrub, before encountering children’s toys, briefcases, and ‘a solitary shoe’.

One of his sentences hinted at the nature of the crash. After examining the Viscount’s distinctive curved tail he wrote, ‘To reach the mainplane, and its three incinerated engines, I had to walk another quarter of a mile (400 m),’ before coming to the conclusion that ‘Judging from the rain of debris, the aircraft fell in four different pieces’.

This was broadly similar to the conclusion the official inquiry reached the following year. Republished in ICAO Aircraft Accident Digest No.16, it said:

‘The Vickers Viscount was descending at an indicated airspeed close to 170 kt between 3500 and 4000 ft above ground level. At this point the port wing failed upwards between engines 1 and 2. It struck the top of the fuselage, which at the same time was cut open by the blades of the no. 1 engine, and fell away from the remainder of the aircraft.

‘The cabin shell above floor level was quickly broken away by air loads until eventually the rear fuselage and empennage also separated from the aircraft. The remaining forward fuselage, with the lower mid fuselage, starboard wing, engines and port wing stub with the number two engine still attached, struck the ground at the edge of a clay pan and was immediately engulfed in flames.’

The fire had been caused by a cabin pressurisation blower pump driven by the number two engine. Its intense heat had weakened the wing to about 12 per cent of its design strength, subsequent tests suggested.

From the ICAO Digest:

‘The means of securing the oil metering unit to the no. 2 cabin blower became ineffective and this led to the initiation of a fire within the blower, which propagated to the wing fuel tank and substantially reduced the strength of the main spar upper boom. It is probable that the separation of the oil metering unit arose from an out-of-balance condition induced by rotor break-up but the source of the rotor break-up could not be determined.’

Significantly, the investigators found no sign of the five castellated nuts that held the oil-metering unit to the blower, or of the lock wiring meant to hold those nuts in place. They concluded the lock wiring had been forgotten when the blower was last serviced, in January 1966.

The blower fire had probably started soon after take-off, but as the blower was behind the engine firewall there was no way for the crew to detect or extinguish it with the engine fire suppression system, the inquiry found. Had it been detected in the first few minutes of failure or overheating, it would have been a simple matter to shut the engine and stop the blower from starting a fire.

The fire warning in two engines was probably the result of fire taking hold in the wing, the inquiry found.

The inquiry also found the accident did not have to happen. There had been two previous incidents, which should have acted as warnings, but neither the airline nor the Department of Civil Aviation had heard of them.

In Canada on 12 May 1964, a Viscount 724 operated by Air Canada had a severe fire in its number two nacelle and the port wheel bay. It had begun in a cabin blower during a ground run. The inquiry heard in the Canadian fire, the oil-metering unit had forced off its studs and the fire had spread through the blower duct into the wheel bay. In September 1964 a Viscount operated by British West Indian Airways had had a blower fire in flight, but landed safely.

The judge conducting the inquiry criticised inadequacies and inaccuracies in an overhaul manual issued by the British manufacturers of the cabin blowers. ‘The evidence showed the need for continuous maintenance of the utmost accuracy in manuals, sketches and drawings issued by manufacturers of aircraft and components,’ the Herald quoted him as saying.

The maker of the Viscount, British Aircraft Corporation, told the inquiry that between 1953 and 1966 there had been 611 reports of cabin blower failures in Viscounts, three of which led to the outbreak of fire.

The contrast between this record of regular failure and the intense focus on Boeing 787 lithium battery fires, or Airbus Helicopters H225 rotor gearbox failures in the next century says much about the development of data and communications driven safety in the decades since. Safety managers being woken in the dead of night by messages on their mobile phones about an incident on the other side of the world minutes earlier would have been an image from science fiction in 1966. It’s everyday reality now, and the reason why tragedies in outback Australia do not have to follow near misses in Canada or the Caribbean.

Spicer, The Honourable Sir John (1967). Report of Chairman of Board of Accident Inquiry on Accident to Viscount Aircraft VH-RMI Near Winton, Queensland on 22nd September, 1966. Commonwealth of Australia.