Home Feature More than a mouthful 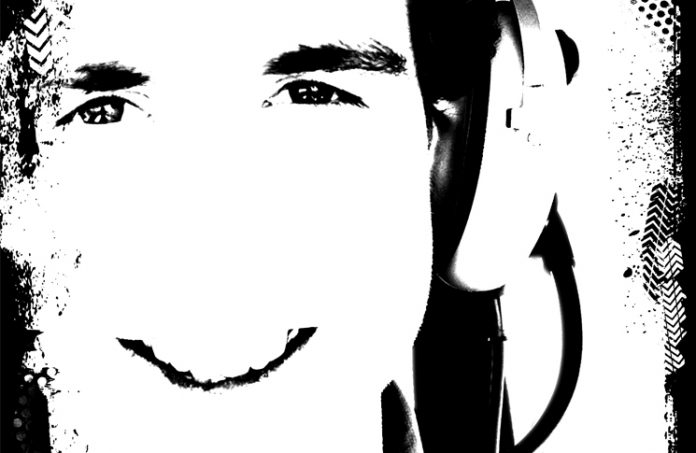 Dentistry is a relatively quiet corner of aviation medicine, but recent research into the links between oral health and general health makes a strong case for anyone who flies to keep their teeth and gums in good order

Barodontalgia is when barometric pressure changes in the external environment cause pain in the teeth. This can occur if there is a void in a filled tooth, or in a root canal treated tooth.

Barodontalgia can be a symptom of:

Barodontalgia (previously known as Aerodontalgia), a dental pain evoked by a change in barometric pressure, in an otherwise asymptomatic tooth, may be severe enough to cause in-flight vertigo, incapacitation, and premature cessation of flights.

The Journal goes on to name pulpitis, or bacterial infection of a tooth, as the main cause of barodontalgia. Another cause can be sinus blockage, which, aggravated by low atmospheric pressure, can cause a referred pain in the teeth of the upper jaw. This is known as indirect barodontoligia, and is caused by pressure on the superior alveolar nerves. Indirect barodontalgia is a dull, poorly defined pain that generally involves the posterior maxillary (top back) teeth and develops during landing. Direct barodontalgia, by contrast, usually develops soon after take-off and is well localised. Usually the sufferer can identify the sore tooth.

Barotrauma is damage to the tooth caused by a combination of a pre-existing condition and reduced atmospheric pressure.

In 1983 a pathologist, Ian Calder, and a toxicologist, John Ramsey, published a paper on tooth fractures caused by a high-altitude environment. In it they coined a horrifying term, ‘odontecrexis’ (a Greek word, meaning tooth explosion), to describe the physical disruption of teeth caused by rapid barometric pressure changes. Their subjects were aircrew and divers who had been subject to rapid decompression.

The damaged teeth studied by Calder and Ramsey either had poor quality amalgam restorations with unfavourable clearance between the tooth and the amalgam, or secondary caries (decay) under the restoration.

In a masterpiece of professional understatement, one dental journal article says ‘Odontocrexis can potentially lead to severe pain,’ with other complications including swallowing or breathing in, of tooth fragments.

The authors (Lalitagauri and Shagun, 2015) say, ‘Patients should be advised not to fly while having provisional restorations or temporary cement in their mouth. Leaky or faulty restorations should be diagnosed and replaced. Carious lesions should also be excavated and restored. Placement of cuspal coverage crowns (covering the raised areas of the tooth) could also be a preventive measure.’

The British Dental Journal says, ‘Since dental pain often interferes with sleeping, the dentist should advise the aircrew to ground themselves until pain relief is achieved and the patient can sleep well.’

Aviation today in pressurised aircraft is less of a dental hazard than it was in the 1940s when many were exposed to high altitudes in unpressurised aircraft. ‘Currently it seems that the incidences of in-flight dental manifestations of pressure changes are relatively low (compared with the reported incidences from the first half of the twentieth century), the British Dental Journal says. It attributes the reduced incidences to pressurisation of transport aircraft, improved dental care, and ‘the enhancement of oral health in the second half of the twentieth century’.

However, the Journal also notes that the lifestyle of professional pilots and aircrew may bring particular dental hazards. ‘Because of the nature of their job, with missed meals and time zone changes, military as well as airline staff are more tempted towards high energy snacking and consuming sugar drinks,’ it says. ‘In addition, owing to the irregularity of their shifts and time zone changes, their daily oral self-care activities could be missed.’

There’s nothing superficial about a dazzling smile, but dentistry is about much more than appearance. Poor oral health is well established as being linked to kidney disease, diabetes, stroke and possibly heart disease. The suspicion is that poor dental hygiene and periodontal (gum) diseases may lead to bacteremia—bacteria in the blood. This is thought to occur as a result of periodontal disease, where the gums become infected. It’s now known that about 500 different bacterial entities and various human viruses are associated with dental microbial plaque—some of them are living on your teeth right now.

Poor oral health is associated with chronic kidney disease, to the extent that some studies describe it as an ‘alarm clock’ for the early stages of the disease. It is also more common among people suffering from debilitating stomach ulcers.

Dental Health Services Victoria says there is ‘an increasingly strong body of evidence that supports this damaging two-way relationship between periodontal diseases and diabetes’.

Not only does the high-sugar diet associated with type 2 diabetes also damage teeth and gums, the presence of periodontal disease may make it more difficult for diabetics to control their blood sugar levels.

A study in 2000 by Wu and colleagues found an approximately 17 per cent increase in the risk for stroke among those with severe periodontal disease in comparison with healthy individuals.

Here the evidence is unclear. A 2004 study by Geerts and colleagues found up to 91 per cent of patients with heart disease had periodontitis (gum disease), compared to 66 per cent of people with no heart disease.

However, a review in 2012 by the American Heart Association reported that, ‘Observational studies to date support an association between PD and ASVD … They do not, however, support a causative relationship.’ The AHA study looked at the effect that treating periodontal disease had on the lining of blood vessels, known as the endothelium.

‘Although periodontal interventions result in a reduction in systemic inflammation and endothelial dysfunction in short-term studies, there is no evidence that they prevent atherosclerotic vascular disease or modify its outcomes,’ the Association concluded.

Whether periodontal disease causes or contributes to heart disease is yet to be fully determined, but there is mounting evidence that poor dental hygiene can be associated with aero-medically significant diseases which may jeopardise a pilot’s medical certification. Moreover, to avoid distracting or disabling tooth pain in flight, and to reduce the risk of some serious diseases, a well-used toothbrush and toothpaste should be a part of every pilot’s flight bag.

Roberts-Thomson, K, How much is general health affected by oral health?, The Conversation May 2, 2012

Lend us your expertise