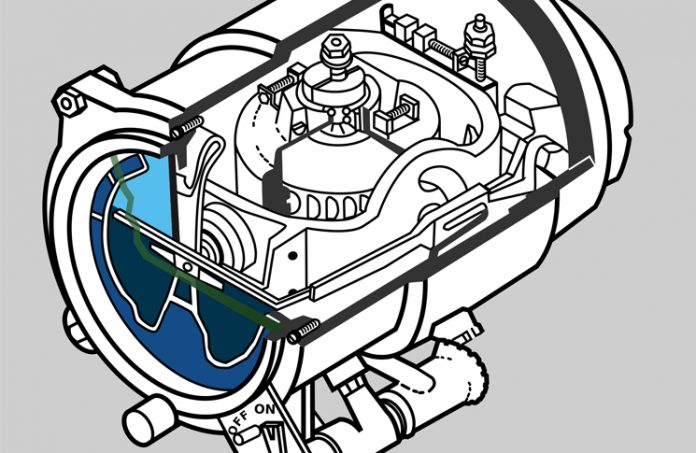 They are the fastest moving component in a piston powered aircraft, spinning at up to 24,000 rpm—that’s 400 revolutions a second—and are among its most critical systems. They are the gyroscopic instruments, as used on aircraft from the 1920s onward, and still available to order on some new aircraft. Gyro instruments, the attitude indicator, turn indicator/coordinator and directional gyro, are your way of knowing whether you are tilted, which way you are pointing and if you are turning. Your life depends on them at night or in cloud, when any attempt to fly by intuition or ‘seat of the pants’ is highly likely to end in spatial disorientation, loss of control in a matter of seconds and destruction.

The in-flight break-up of a Cessna 310 near Wagga Wagga, NSW, in 1995, was attributed to gyro instrument failure. Within minutes of the pilot making a mobile phone call to say the gyroscopic instruments had failed, the aircraft had entered an unrecoverable dive. The Australian Transport Safety Bureau reported, ‘A post-accident examination of both attitude indicators showed no evidence of rotational witness marks which would have been expected if the gyros had been rotating at impact.’

Gyroscopic instruments are like rare Swiss timepieces—the high point of the watchmaker’s art, and beautiful in their complexity, finesse and accuracy. Unfortunately, they share another characteristic with mechanical watches and clocks—they react poorly to even the mildest rough handling. This is particularly true of air-driven gyros powered by a vacuum pump. Electric gyros are slightly more robust, but still require careful handling.

Bearing failure is the most common cause of gyro instrument failure. It can be caused by any one or more of the following factors.

A gyro instrument’s definition of damage-causing shock or impact is distressingly inclusive. A heavy landing can cause damage, as can rough handling during installation, storage or transport. CASA Airworthiness Bulletin 31–008 Issue 2 says, ‘Dropping or handling a typical gyro instrument so that it impacts a hard surface from about 7 mm (¼ inch approx.) can result in something like a 14G shock to the gyro which can brinell the bearings and result in vibration, accelerated bearing wear, loss of gyro RPM and excessive heading drift in directional gyros. While some directional and vertical gyro designs may incorporate vibration isolation absorbers, the rate gyro (turn and bank) may not, making it particularly sensitive to even light handling shocks.’ 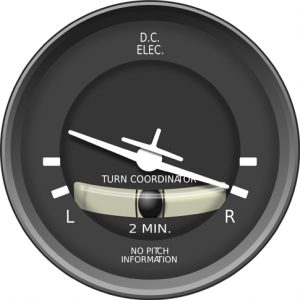 There are several commandments to obey when servicing gyro instruments.

Gyro instruments often, but not always, give clues of imminent failure. Heading drift in the directional gyro or poor artificial horizon bar pitch/roll alignment are pre-indicators of failure that are often only apparent in flight. If you notice these, you should report them for your own sake or for the sake of the next people on board the aircraft.

On the ground, the sound and vibration a gyro instrument makes during its run-down period, after air or electric power is removed, can reveal much about the instrument’s condition.

AWB 31-008 says, ‘Gyro instruments, which have had the power removed, should be left for the amount of time specified in the aircraft data, usually about 15 to 20 minutes, to allow spin-down and stop before ground-handling the aircraft. Use this period to listen to the gyro instruments as they wind down. If the instrument is vibrating (lightly touch the instrument glass), or if growling or grinding noises are heard, and/or if an air-driven instrument stops relatively quickly, have the instrument checked by appropriately qualified maintenance personnel. Some electrically driven gyro instruments do slow down quickly, but do so smoothly and quietly when serviceable.’

Unlike gyros, the vacuum pumps that drive them (by ‘sucking’ filtered air past turbine buckets machined into the gyro itself) tend to fail suddenly and without warning.

In AWB 37-003 CASA says, ‘Dry vacuum pumps can fail catastrophically and may also provide little or no indication to warn the pilot of imminent failure. Loss of vacuum will result in a gradual run down of the air-driven gyros and the loss of attitude and navigation instruments, such as the artificial horizon, turn and bank, and directional gyros. This may lead to loss of control during instrument flight.’

Dry vacuum pumps have a distinctive way of failing or ‘failure mode’. It is ‘fragmentation and seizure of the pump rotor and vanes resulting in the frangible coupling between the engine and the pump shearing’.

This failure can result from several factors.

Signs that a vacuum pump may be heading for trouble include any sort of vice or clamp marks on the body. Most now have prominent stickers saying, ‘do not vice’, and any wrinkling or discolouration of this sticker or any other sticker on the pump body is a sign of overheating, another dangerous condition.

The vacuum (or pressure) pump is a mechanical device which is prone to wear and the pressure can drop. This can lead to the dangerous ‘fix’ of keeping on adjusting the vacuum regulator to increase the reading of the vacuum gauge, back to its as-new setting. However, this merely forces the worn vacuum pump to work harder to overcome what is likely to be a worn and constricted vacuum system. The most likely result of this is that the pump will begin to overheat and result in catastrophic in-flight failure.

There are a couple more things you can do if you fly an aircraft with mechanical gyro instrument systems. If you have a stand-by electrical vacuum pump, functionally test it from time to time to see if the air-powered gyros keep running. Brush up on your partial panel IFR technique, and learn which of your panel instruments are air driven and which electrically driven. It’s knowledge that could be your last chance in cloud or on a dark night.