Home Audio Down to the last drop 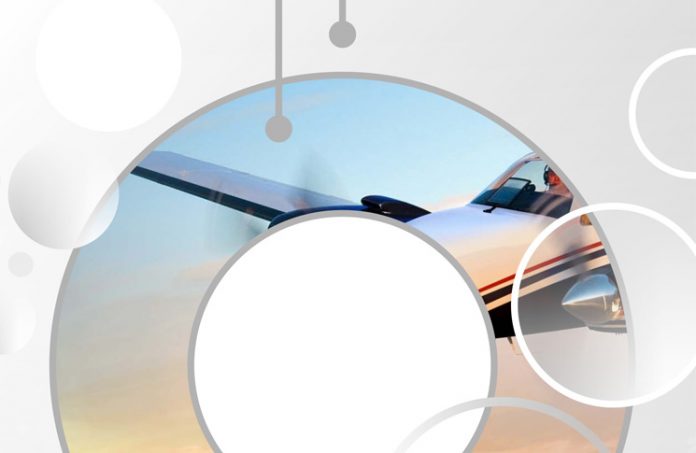 It was early autumn many years ago and I was scheduled to fly a freight charter from Sydney airport to several airports north returning to Bankstown in the afternoon. The flight was one I had done many times before and this one was shaping up to be ‘just another day at the office’. Even the weather was cooperating—fine with no holding or alternates required. I carried out my pre-flight checks which included checking the fuel quantity.

In the 58 Baron there are two fuel tanks—one in each wing feeding their respective engines. Cross-feed and off can also be selected. The fuel capacity of each tank is quite generous but restricts the payload if filled to full. As most flights were normally of short duration, we rarely needed full tanks. To determine the amount of fuel in the tanks we kept a paper-based fuel log and, just to be sure the log was accurate, we also filled up to full every Monday morning as a cross-check when the outbound payload was minimal.

Shortly before my incident a decision had been made to carry additional freight on Monday mornings. But full tanks plus the extra cargo would exceed the maximum take-off weight. So we no longer filled to full on Mondays, just occasionally when we had an ad-hoc charter or required holding or alternate fuel. As a result, we now relied almost entirely on a paper-based system and the fuel gauges.

The fuel gauges, like many GA aircraft, seemed to be vaguely accurate on the ground but once in the air they jumped around in turbulence and changes in aircraft attitude. There was also another issue with this particular Baron. The electrical system worked properly but occasionally it did strange things. I once pushed the test button for the ILS marker beacons—they worked—but it also disconnected the autopilot!

Another time, climbing out of Sydney, the fuel gauges suddenly dropped to zero. It was far too rapid even for a massive fuel leak but I glanced back over the wings anyway. Nothing. The engines kept running. I changed frequency to the ‘chit-chat channel’ and told one of the other pilots what had just happened. In a calm voice, he told me to switch to the other voltage regulator. I threw the switch and the fuel gauges quickly rose up from empty and returned to somewhere around three-quarters full again. Go figure.

So on this morning, I really only had the paper-based fuel log to rely on. And perhaps one other method. All pilots have removed the fuel caps and peered into the tanks looking for fuel. In the 58 Barons you could only see the fuel when the tanks were almost full. But if you grabbed the wing and ‘shook’ it, you could hear the fuel sloshing around inside the tank. A crude confirmation of the fuel quantity.

I removed the cap, looked in and saw nothing. I shook the wing. To my surprise I heard a distant sloshing of fuel rather than a ‘fuller’ sound. Not really what I expected or had heard on other flights when I knew I had sufficient fuel. I remember being puzzled by this so I retrieved the fuel log to check the amount of fuel that should have been on board. The fuel log showed I had more than enough for the proposed flights. Despite the quietly ringing alarm bells in my head, I secured the fuel caps and completed the pre-flight. The outbound flights that morning were normal and routine.

After spending the day at a hotel I prepared the aircraft for the afternoon return flight to Bankstown via one en-route stop. The fuel ‘slosh test’ sounded even more distant but the fuel log said it was OK. The intermediate landing and departure went well and soon I was in cruise at 4000 feet for the final leg to Bankstown. Our autopilots usually didn’t work so I was hand-flying it, on top of a broken undercast in smooth air with a slowly setting sun to the west. I sat back, looked at the instrument panel and admired how good everything looked: power set, mixtures leaned, altitude nailed, on track, on time … then I saw the EGT needle on the right engine suddenly drop.

The engine started to surge and the aircraft yawed as the power fluctuated. I started to go through the engine failure drill from memory but I quickly realised it was a fuel problem. I changed the fuel selector to cross-feed from the other tank and flicked the fuel pump to ‘low’. The surging and yawing stopped and the engine resumed normal power again. Everything flashed through my mind in rapid succession—if both tanks have theoretically the same amount of fuel and one has just run dry, the other can’t be far behind. And by running both engines off one tank I was consuming fuel at double the rate from a fuel tank that must be close to empty.

Below me was ‘tiger country’ and I couldn’t see any suitable landing sites if both engines failed completely. Just trees. I had to keep flying. But how could I squeeze every drop out of the tank. We normally operated at a relatively high power setting—speed was more important than range or economy. A lower power setting would deliver more ‘bang for my fuel buck’ although at a lower speed. I throttled back to 65 per cent power and re-leaned.

Another pilot once told me how when flying a different model Baron—the B55—which had auxiliary tanks, he could ‘milk’ as much as 10 minutes of extra fuel out of a seemingly empty auxiliary tank by switching back to it every few minutes. I switched to the dry tank to pick up any dregs of fuel in it. It worked, the engine kept running smoothly for about five minutes. Then the engine started to surge and fail. Back to cross-feed. I did this perhaps four or five times, each time I got less and less fuel until finally, as soon as I switched tanks, the engine would fail. The empty tank really was empty now.

I crossed the Hawkesbury River and soon Westmead came into sight. I copied the ATIS and called the tower. I knew I couldn’t afford to fly a circuit. Mercifully, runway 11 was in use and I was given circuit entry instructions to join on left base.

I lowered the gear and the first stage of flap. I decided to wait until I had the runway made before taking the final stage of flap. I also made my approach a bit high, just in case. I started my turn onto final. But every time I banked left the fuel pick-up would unport and the right engine would start to fail. When I rolled wings level, the engine ran smooth. So to complete my turn on to final I did a series of small banks, wings level, small bank, wings level. I can still see in my mind’s eye the image of the runway on final. I was quite high but I had made it. Full flap. Close the throttles. I landed and taxied clear.

But it was a close-run thing. As I was turning onto the parallel taxiway both engines started spluttering. I hit the fuel pumps. No good, both engines clattered to a stop. I can still hear the whine of the fuel pumps normally inaudible over the sound of the engines. I switched everything off and called for the fuel truck.

ATSB and CASA publications contain some excellent information. But they also acknowledge there are limitations with dipsticks, sight gauges, drip gauges, tank tabs, electrical gauges and visual indications of fuel. In my case, all were either not available or subject to error. Couldn’t happen to you? Hopefully it never does. The ATSB notes 49 lives lost in a nine-year period due to fuel problems. It’s far better to have a good ‘hangar story’ than a good obituary.