Home From the vault Into the abyss & back 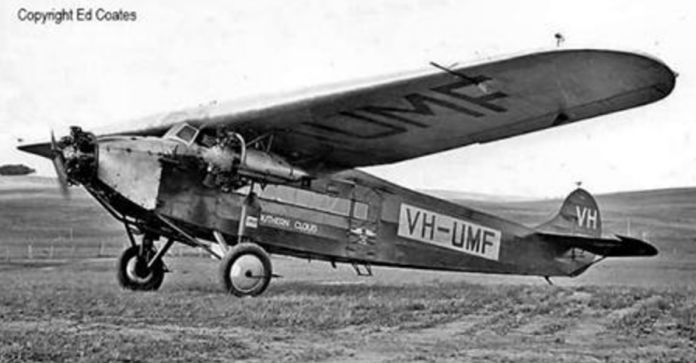 It is 86 years since Australia’s first major airline disaster and we look back on a story from Macarthur Job in 2006 where he examines the disappearance of the Southern Cloud.

Seventy-five years ago Australia suffered its first major airline disaster. Southern Cloud disappeared for more than a generation—until its wreckage was found in a remote part of the Snowy Mountains. Macarthur Job reports.

No aviation meteorological service existed at the time, but each morning the Sydney Weather Bureau would prepare a special report for the airline on conditions between the three eastern capitals. Yet their accuracy was limited—the Bureau received weather observations from throughout New South Wales only once each day, and there was little exchange of information with forecasters in other States.

Because the Bureau did not open until 9am, it was the practice of ANA’s pilots when departing on earlier flights to rely on the synoptic chart published in that morning’s press. Prepared late the previous afternoon, it was the latest weather information available. On weekdays, ANA’s service to Melbourne departed at 11.30am, after the Weather Bureau’s special report became available, but at weekends the service left earlier at 8.15am. The flight’s forecast was based on the one published in the Saturday morning paper. There had been early heavy rain in Sydney that morning, but by 8am it was fine, though still cloudy to overcast. Even so, the day’s forecast was for cloudy and unsettled weather with rain and thunderstorms, with a squally southerly change spreading from the west. To Captain T.W. Shortridge, the pilot in command, the prospect appeared no worse than on other occasions when services had operated normally. With six passengers aboard, Southern Cloud took off for Melbourne at 8.10am, setting course below the cloud base.

Wild weather: In Melbourne that morning the weather was wild, with driving rain, strong winds, poor visibility and low cloud. Throughout north-eastern Victoria and southern NSW, conditions were much the same. Later that morning, when the state-wide 9am observations were received in Sydney, it was obvious that conditions, produced by a deep depression off Gabo Island, were far more severe than expected. But there is no way any warning could be communicated to Southern Cloud, by then two hours on its way.

Its failure to arrive by early afternoon was not at first cause for alarm—some thought that Shortridge had probably landed to refuel, and decided against continuing the flight that day because of the conditions. But by late afternoon, there was grave disquiet.

No official search and rescue organisation then existed, but ANA planned to begin searching early the following morning, and notified aviation authorities. The news that Southern Cloud was overdue produced an immediate response from the infant aviation industry and, within hours, ANA search aircraft had been joined by private, club, business and service aircraft.

But after 18 days of searching, during which more than 20 aircraft had checked every possible area in which Southern Cloud could have forced landed, the Minister for Defence instructed the Air Accidents Committee to conduct an investigation ‘with particular reference to the weather at the time’.

The investigation heard evidence from company executives, meteorologists, pilots, ground engineers and Departmental officers, and the Committee found that extreme weather had contributed to the aircraft’s loss. The crew had probably anticipated moderately bad conditions but had had no warning of the actual weather.

The Committee’s recommendations included several for improving aviation meteorological services, and that ‘two-way wireless … be made compulsory in aircraft engaged in regular scheduled passenger services’.

Finally found: It was not until October 26 1958, nearly three decades after Southern Cloud had vanished, that speculation on the aircraft’s whereabouts was brought to a conclusion. On that Sunday afternoon, a Snowy Mountains worker set out for a walk in the surrounding ranges to photograph mountain scenery. Clambering through undergrowth on a steeply sloping valley side, he almost tripped over a structure of rusted tubular steel. The Southern Cloud had been found!

The site of the crash was 25 km east of the direct Sydney-Melbourne track, and on the south-western side of a densely timbered mountain ridge. The impact had occurred 76 m (250 ft) below the top of the ridge, 1370 m (4500 ft). At the time of the accident, the ridge was heavily timbered. Many trees had been burnt out in subsequent bushfires, and the timber had since regrown to a height of around 12 m (40 ft). Trees, with trunks of up to 20 cm (8 in) in diameter, had grown up through the wreckage itself.

The tubular fuselage frame was lying on its starboard side facing up the slope. The forward and centre sections were badly telescoped, with the three engines embedded in the ground. Except for a number of brass hinges, the wooden wing structure had been destroyed by fire.

Half a metre of rubble—leaf mould, ash, charcoal and soil—covered the remains of the cockpit and cabin area. A number of relics were recovered as the rubble was sifted. The hands of one watch indicated 1.15pm. At the time of impact, the aircraft was heading north-east, almost the reciprocal of its planned heading, and in a steep turn, suggesting that the crew saw the ridge only when almost upon it, and were making a desperate attempt to avoid it.

What happened? The weather was mostly fine between Sydney and Goulburn, and about 15–20 degrees of drift would have been necessary to maintain track. But soon after passing Goulburn, Southern Cloud would have encountered frontal conditions, with the wind backing south-west. Flying in cloud after passing through the front, Shortridge and his co-pilot Charles Dunnell, would have had to estimate the amount of drift to lay off. Too little and the aircraft would drift to the east over the mountains they were seeking to avoid. Too much and the aircraft would track too far to the west, away from, rather than towards, Melbourne. In making this estimate, the crew would have been guided by their newspaper forecast, so it is probable that Southern Cloud would have held about 20 degrees of drift, even after the passage of the front.

What the crew had no way of determining was that the wind strength was greatly in excess of that predicted. Wind speeds of at least 55 kt were at ground level, and much in excess of that was likely at the height at which Southern Cloud was flying.

An attempt was made to calculate the wind velocity that would have put Southern Cloud in the position in which its wreckage was found. If, after passing Goulburn, the crew had maintained a heading of 270 degrees true, a wind velocity of 285 degrees true at 70 kt would have placed the aircraft in the vicinity of the accident site at 1.15pm, the time indicated on a watch found in the wreckage.

Despite all reasonable precautions that Shortridge undoubtedly took to follow a safe route, the aircraft was simply blown off course into high mountainous terrain.

The aircraft was then in a hazardous situation. Turbulence would have been severe and probably violent at times, with icing conditions above 6000 ft. Heavy rain and hail would almost certainly have been encountered, and the crew, with only elementary flight instruments to assist them, would have been fully occupied maintaining control. If pitot-tube icing also deprived them of airspeed indications, their difficulties would have been greatly compounded. It is also likely that there would have been airframe and propeller icing.

The loss of Southern Cloud clearly demonstrated the need for better aviation meteorological services, as well as for air-to-ground radio communications and radio navigational facilities. As a former supervisor of Aviation and Defence Services in the Bureau of Meteorology put it not long ago, the 1931 tragedy ‘changed aviation meteorology forever’.

The accident investigator himself, closing off the baffling case in 1958, wrote, ‘The lessons of this accident have been well and truly learnt, and I have no recommendations from the investigation. On the historical side, the accident is a cornerstone in Australian Civil Aviation and, looking back now, I cannot but admire the courage of Shortridge and his contemporaries. If there was any foolhardiness in the way they operated, it was of a sort that is necessary to progress’. 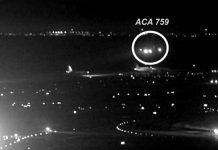 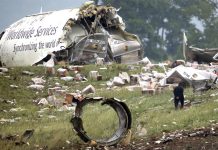