GARRETT TPE331 1 – ATA 7200 ENGINE (TURBINE/TURBOPROP) – CASE – CRACKED. DR 611749786
The pilot reported that the RH Engine did not make target torque during the take-off roll. The take-off was aborted. Engineers during troubleshooting found the housing (IPC 72-10-20 Fig 1 #60) to have a large circumferential crack. The engine was replaced & the removed engine sent for repair. 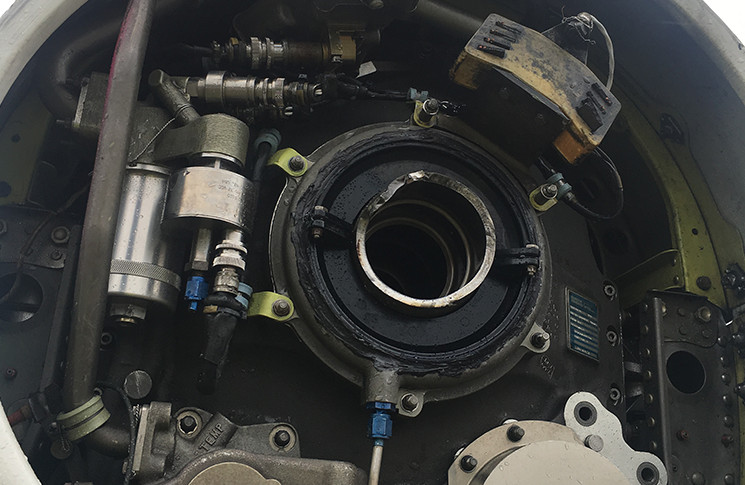 GENERAL ELECTRIC CT7 9B – ATA 7210 TURBINE ENGINE REDUCTION GEAR – PROPELLER SHAFT – SHEARED. DR 611749875 (photo above)
During descent, RH Torque indication was observed to fluctuate +/- 3%. Uncommanded engine operation checklist was actioned. Vibration was also felt in the airframe, and observed from the RH propeller spinner. At the completion of the checklist as the RH C/L was moved to FUEL OFF RH propeller assembly departed from the aircraft. The propeller was still rotating and pivoted to a horizontal position travelling over the nacelle and past the tailplane. The engine shutdown was completed and the aircraft landed without further incident. Initial inspection shows the PGB drive shaft has sheared.