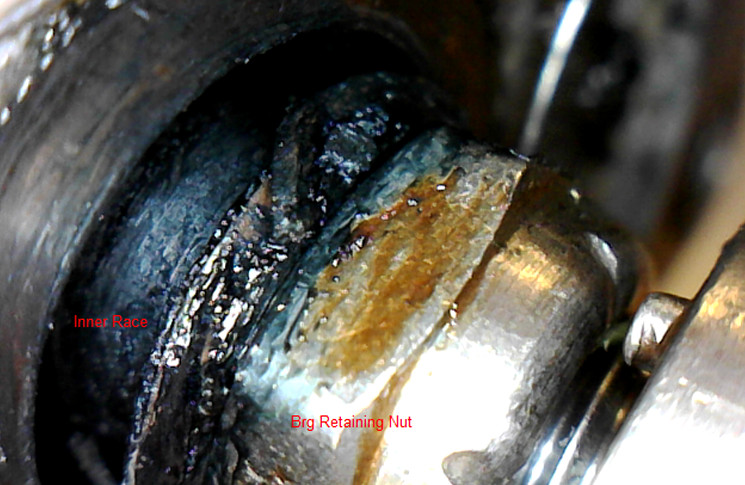 ALLISON 250 C20B–ATA 7321 FUEL CONTROL/TURBINE ENGINES–FCU–FAILED BEARING. DR 611749980 (photo above)
Erratic fuel flow and control behaviour. RPM would not reduce below approximately 75% at Idle. Throttle was returned to cut off position to shutdown engine. When Fuel Control was removed, some of the shaft bearing balls were found separated from the bearing assembly. FCU was replaced. Maintenance and flight crew briefed accordingly.

PRATT AND WHITNEY PW123 E–ATA 8010 ENGINE CRANKING SYSTEM–STARTERGENERATOR–BURNT OUT. DR 611750004
Immediately after #1 engine start, an abnormal indication relating to the number 1 DC generator was observed by the flight crew and main and auxiliary batteries appeared to be discharging while the load was above normal limits. Number 1 DC generator caution light illuminated and a few seconds later the ground crew reported smoke coming from the number one engine. The engine was shut down. Significant engine electrical damage was found. Number 1 starter generator was burned out, contact 2431-K1 was found welded closed and external power current limiters found blown. Number 1 DC GCU also required replacement due to “#1 DC GEN Caution” light illuminated. An investigation into the cause of this event has commenced.

ALLISON 250 C20R2–ATA 7240 TURBINE ENGINE COMBUSTION SECTION–COMBUSTION CASE–CRACKED. DR 611750012
The pilot noticed the TOT indication was different to the usual power setting of torque and N1 during cruise on a flight back to base. Upon landing a crack in the armpit area of the outer combustion case was observed. An overhauled OCC assy was installed.