Europe’s largest airline, Irish budget carrier Ryanair has called on UK airports to enforce a two-drink limit, after a TV current affairs investigation suggested arrests of drunken passengers had risen by 50 per cent in a year. A total of 387 people were arrested between February 2016 and February 2017, up from 255 the previous year.

Ryanair already bans its passengers from drinking any duty-free alcohol on board. The airline says the UK Civil Aviation Authority, reported a 600 per cent increase in disruptive passenger incidents in the UK between 2012 and 2016 with most “involving alcohol”.

The arrest figures were obtained by the BBC’s Panorama program, which spoke to 18 out of the 20 UK police forces with a major airport in their area.

Ryanair already stops people flying from Glasgow Prestwick and Manchester to Alicante and Ibiza from bringing alcohol on board the aircraft at all. The company is urging airports to ban the sale of alcohol before 10 am and to limit the number of drinks per boarding pass to a maximum of two.

Ryanair spokesman Kenny Jacobs said, ‘It’s completely unfair that airports can profit from the unlimited sale of alcohol to passengers and leave the airlines to deal with the safety consequences.’

Under an existing code of practice, British airlines, airport bars and retailers agree not to sell alcohol to passengers ‘they believe to be intoxicated or encourage excessive alcohol consumption’.

The union representing UK cabin crew, Unite, says a survey showed more than three-quarters of its members had witnessed alcohol-fuelled air rage since the code of practice took effect in July 2016.

In Australia, Regulation 256 of the Civil Aviation Regulations (1988) says ‘A person shall not, while in a state of intoxication, enter any aircraft,’ meaning that intoxicated passengers can be denied boarding. 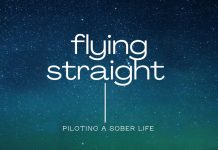