Home Close calls Radios—it’s a big sky, but are you listening? 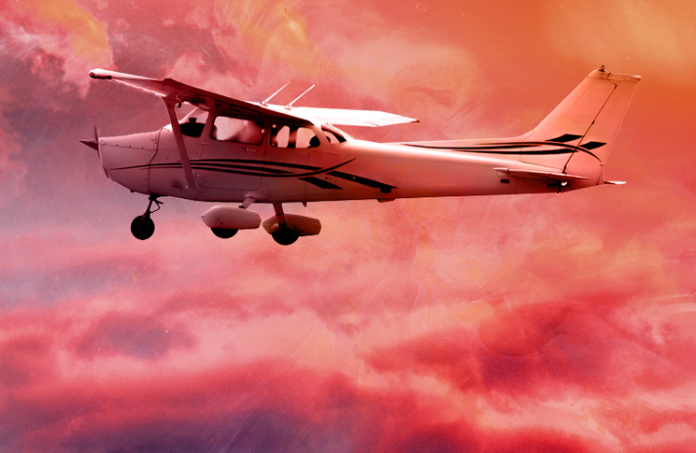 Early on in my commercial flying career, I was operating a Cessna 172 on a scenic charter flight will three passengers on board through controlled airspace over Perth city. It was a typical Perth autumn day, with eight eighths visibility, a light breeze, and smooth air.

The departure went as planned, and I raised Perth Centre to get our clearance through controlled airspace to overfly Perth city as advertised. It was lunch time on a mid-week school day, so the lack of weekend warriors on frequency was evident. We made our way over Perth city and conducted orbits ‘remaining west of the casino’, which was standard procedure to keep us away from the ‘big boys’ at Perth Airport.

After completing orbits we turned around to exit controlled airspace and return to our departure aerodrome. Upon exiting, CTA frequency change was approved and identification was terminated. I then set course to return home while enjoying the peace and quiet on the area frequency.

Shortly after, the passenger occupying the control seat next to me tapped me on the shoulder and indicated that their headset had malfunctioned. In the pursuit of a good customer experience, I investigated. Thinking to myself that it was extremely quiet on the airways today and it was a big sky, I didn’t hesitate to take my headset off and put theirs on to investigate. By this time we were well away from controlled airspace, established in class G, and away from any traffic hotspots.

After about 15 seconds of fiddling around with their headset, I had no joy in remedying the situation. So I put my headset back on.

As soon as I put my headset on, I caught the last of Perth Centre trying to contact us. So I got back to Perth Centre and they then informed me that they had observed ‘unidentified traffic 12 o’clock, same level, opposite direction’. Of course this sent alarm bells ringing and my eyes immediately started scanning outside to get a visual on the traffic. After a few seconds I spotted the traffic, and I was able to manoeuvre the aircraft to avoid any conflict. But it was a wake-up call.

My guardian angel, Perth air traffic control had kept an eye on us even after we had left controlled airspace and identification was terminated. However, I nearly didn’t get alerted to this traffic conflict because I was off frequency momentarily endeavouring to fix my passenger’s headset.

At the time it seemed a fair assumption that there wouldn’t be any conflicting traffic; after all, it was lunch time on a mid-week school day, and it is a big sky. So I allowed distraction to potentially jeopardise the level of safety achieved, through reduced situational awareness on the perception level. This is a perfect example of what could potentially go wrong, and the result of any mid-air collision will always be catastrophic.

In this example, air traffic control acted as the systemic safeguard in the potential accident causation sequence, and had stopped the causal trajectory propagating. This was achieved by alerting me to the potential traffic conflict, so I could then visually manoeuvre the aircraft to avoid a mid-air collision. However, this was nearly not the case. Distraction, arising from a malfunctioning passenger’s headset had nearly put a hole straight through the middle of that safeguard.

The lessons I learned from this incident were: never allow passengers to distract you, especially over something minor. Utilise ATC as a resource to help you, they are employed to help Pilots, so don’t be afraid of using them. Most importantly, don’t get lured into the big sky trap.