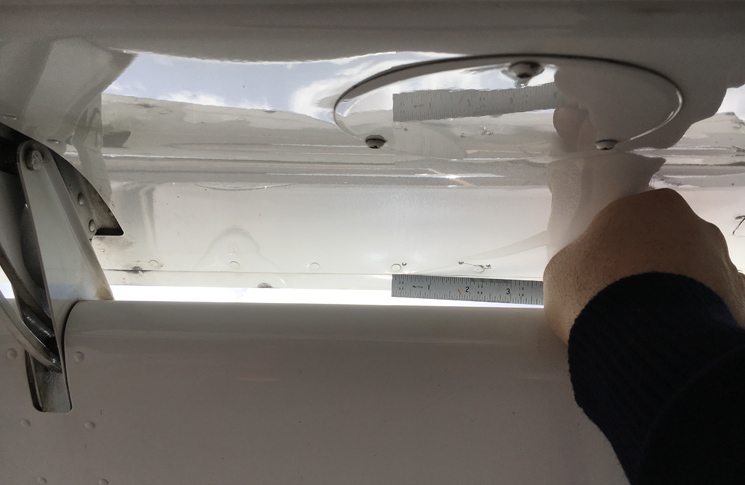 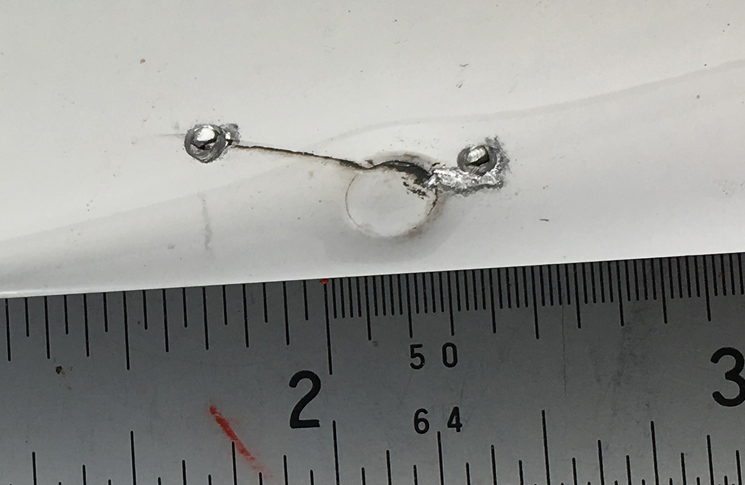 PIPER PA28 161–ATA 2820 AIRCRAFT FUEL DISTRIBUTION SYSTEM–PIPE–Pin hole leak. DR 611750589
During pre-flight inspection, pilot reported a strong smell of fuel in the cockpit. The LH carpet/trim was also found wet from fuel. Investigation found aluminium fuel supply pipe connecting fuel selector valve to the wing had a pin hole failure. No chaffing was observed and pipe was not in contact with the bulkhead it passed. SMS investigation has initiated. OEM informed. 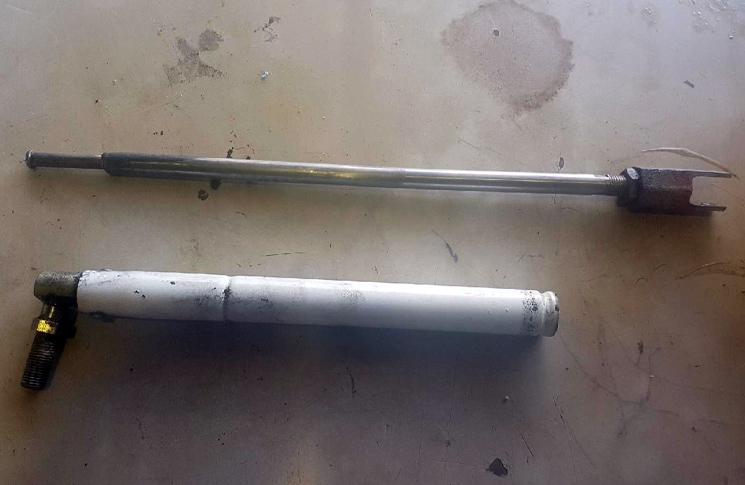 BEECH 200 B200–ATA 2730 ELEVATOR CONTROL SYSTEM–BOLT–INCORRECT FIT. DR 611750609
Stop limit bolt visually inspected and found to be incorrectly positioned. The assembly was inspected IAW B200 MM Special Inspection # 70. The Jam nut on the stop limit bolt # 4 was completely stripped. No other damage apparent. The position of the bolt rendered it useless as a stop limit. Nut was replaced and bolt fitted in accordance with the MM. 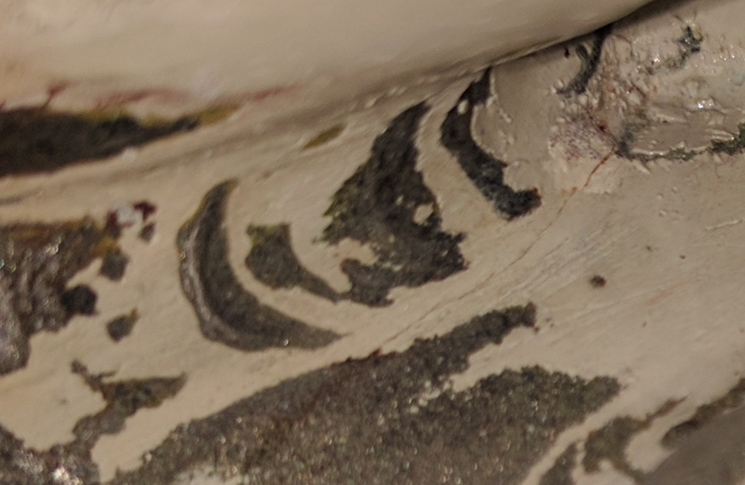 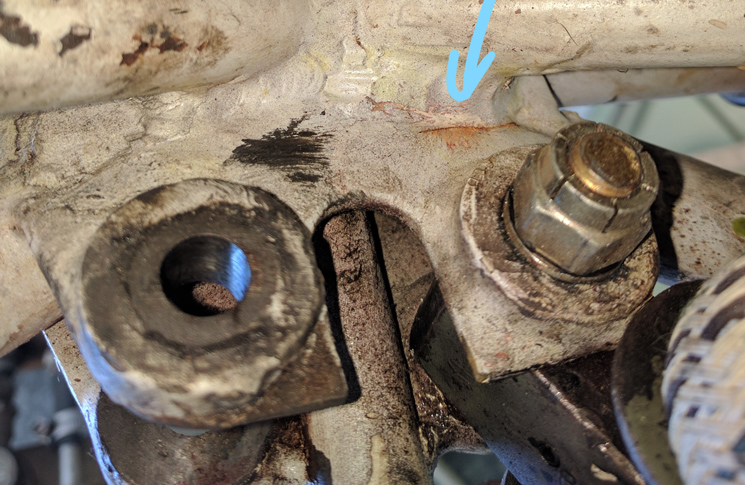 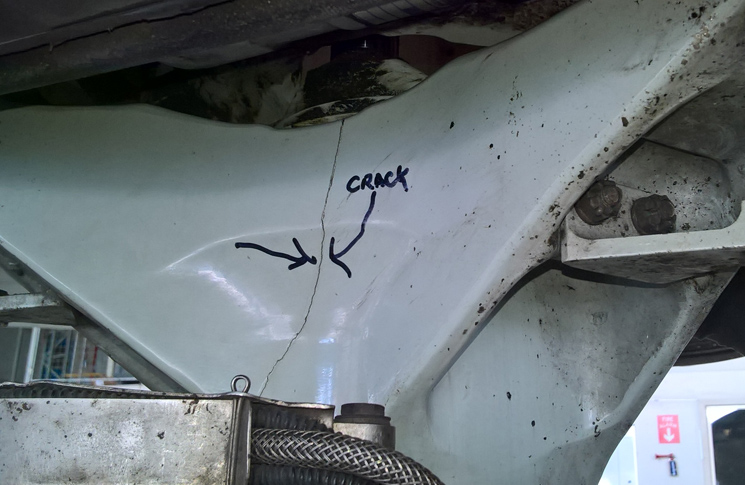 DE HAVILLAND DHC6 100–ATA 3222 NOSE/TAIL LANDING GEAR STRUT/AXLE–SHOCK ABSORBER–Surface corrosion. DR 611750782 (photo above)
During maintenance inspections, a crack was detected at the upper end of the nose landing gear outer cylinder. Bombardier Action centre was then contacted to report the defect and to hear if any other operators had experienced the same. It was found that other operators had also experienced similar failures and were advised to further this with the OEM as previous investigations had found that the crack originated from a corrosion pit found under the upper bearing installed on the outer cylinder. This is because the upper bearing migrates up and allows the moisture to penetrate. As a result a pit forms and thus results in the propagation point for a crack.

BEECH 200 A200–ATA 5700 WING STRUCTURE–LEADING EDGE–DAMAGED. DR 611750694
During routine maintenance, engineers noticed a deformation to the bottom area of the LH inboard leading edge below the heat exchange inlet. Appeared to be heat damage, with mode of failure unknown. Part removed and repaired under an engineering order. 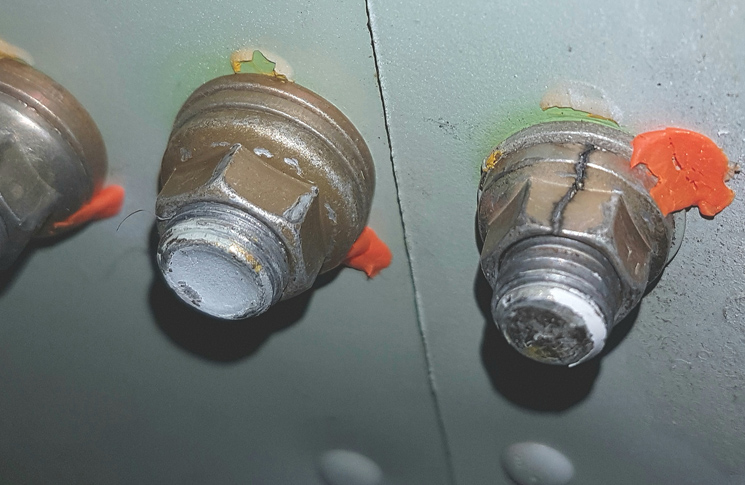 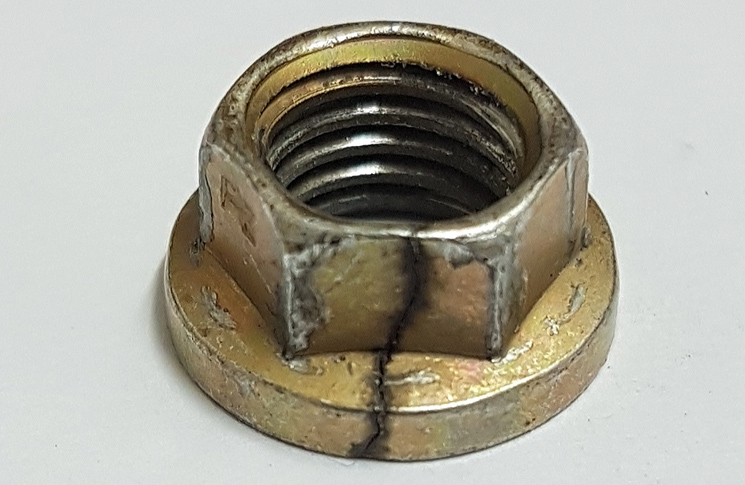