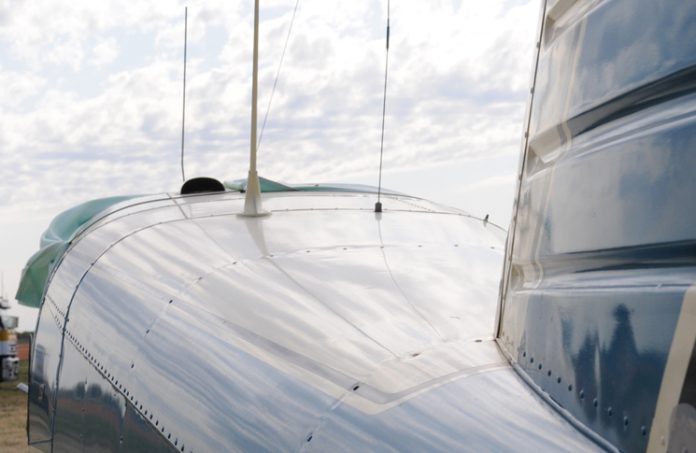 Conspire (verb) of events or circumstances, seemingly to be working together to bring about a particularly negative result.

That word conspire went through my head for days after this particular close call. It did so because it accurately described an accumulation of factors leading to the incident. And it also helped me shift blame away from things I could have done, and back onto the events themselves.

It was a blisteringly hot day in the Sydney basin. The forecast said it was due to flirt with 40 degrees by late afternoon, and it was already climbing towards the mid-30s as my passengers and I headed out to our Piper Cherokee at Bankstown. The plan was for a scenic flight to Katoomba and the Three Sisters, before returning to Bankstown via Camden.

We were heavy; 3 POB, full fuel, and some hefty camera bags to add to the mix. Knowing this I diligently completed the weight and balance and performance charts, to find out we were just within limits. With flight plan in hand we headed out to the aircraft, and I enjoyed showing my passengers the walk around.

The departure from Bankstown was uneventful, and I soon relaxed as we set course for the Blue Mountains. The Three Sisters appeared, and water was glinting in the sunshine as it cascaded down the magnificent Wentworth Falls. It was one of those moments you relish as a pilot, when your passengers are beaming at the experience you are giving them. With photos complete we set course for Camden, planning a touch-and-go before heading home.

As we descended back into the Sydney basin, my thoughts turned to the Camden approach. It’s always impressive for passengers if you fly the low-level entry to the zone, following the river, and then a touch-and-go on runway 10 which is grass. I thought about the climb performance we had achieved at Bankstown and decided that the short-grass runway at Camden would present no problem, especially during a touch-and-go. So it was this I requested from ATC, and my wish was granted.

Now that we were down low, it was clear that it had become more turbulent since leaving Bankstown. We passed through areas of rising and descending air which required active altitude maintenance, and my passengers were noticeably quieter than they had been before. The approach looked great until about 300 feet, when we entered a smooth, wide thermal. It wasn’t as rough as the others, almost imperceptible as we first entered it, but steadily it reduced my rate of descent and the grass runway appeared to fall away beneath me. No problem I thought. Reduce power to idle, lower the nose to maintain airspeed, a little sideslipping, and we were almost back on the ideal descent path. Almost.

We landed long, floating more than I would have liked, and eventually touched down a few metres to the right of the centre. Regain centreline, flaps up, full power and we began our acceleration once more. Slowly. Perhaps too slowly? I looked at my ASI and the needle was creeping clockwise. Not so slowly that I thought about aborting the take-off, but it was slower than felt comfortable, or perhaps normal. Finally, after what felt like an eternity, we hit the magic 60 knots and I squeezed back on the yoke, teasing the Cherokee into the air.

To say that the climb performance was below-par was an understatement. I checked my airspeed—79 knots for best rate of climb—and looked ahead to the end of the runway and the trees beyond it which were getting bigger by the second. Why is the performance so different to that I had at Bankstown? I couldn’t understand it. I checked the throttle, ramming it against the stops, and realised that I now had to establish best angle of climb if I wanted to avoid turning the three of us into a statistic. I raised the nose to the correct attitude. The airspeed reduced to 63 knots, and only then did I dare to look out to my left to see the tops of the trees next to the Nepean river pass by about 50 feet below us. I can remember seeing a tinny on the river, and being able to make out the name on the front of the boat. That is how close we were.

Once more my eyes scanned my instruments for any sign of trouble, and then I saw it. Carburettor heat ‘on’. My heart sank. I reached down and flicked the lever back up, and immediately things improved; the engine tone picked up and the rate of climb improved. I couldn’t believe the difference that an extra 100 RPM was making on this marginal day. As we climbed away and set course for Bankstown, I began to see how it happened.

The approach was normal until 300 feet, and then the smooth, fat thermal began to conspire against me. The thermal must have chosen that specific point as it knew that I always do my final checks at 300 feet; the checks when I turn my carburettor heat off. On any other day I would not have ended up with such a reduced safety margin, but the density altitude was also conspiring against me. The aircraft had conspired against me too, choosing this particular flight to be close to MTOW. Then the runway conspired against me, being short in length and with a surface of grass, adding to a take-off roll that was already extended due to the float on landing, conspiring against me …

It took a few days for me to realise that the only real conspiracy theory was in my mind. As I mulled over my close call that day, it was becoming clear that every single one of those multitude of factors was manageable. I should have planned more carefully before requesting a short-grass runway on a hot and humid day. I should have gone around early, rather than continue with an unstable approach. I should have initiated a best angle of climb sooner that I did. And I shouldn’t have allowed myself to be distracted from those critical 300 foot checks.

There is a quote which says, ‘conspiracy theories are the refuge of the disempowered’. While this incident was a valuable lesson in how a multitude of different threats and errors can quickly escalate into an undesired aircraft state, the biggest lesson of all was coming to terms with the fact that I was empowered to manage all of them better.