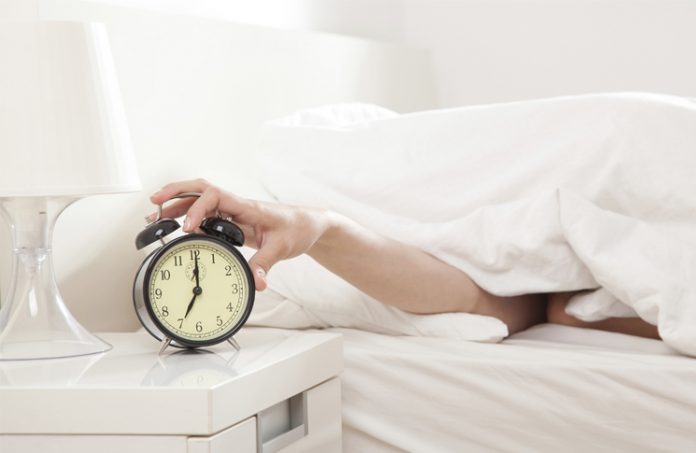 Sleep hygiene has been defined simply as ‘habits that help you have a good night’s sleep’. But for pilots, maintenance crews, cabin crews and others in aviation, sleep can be a precious commodity, snatched as the opportunity arises.

There is no shortage of helpful tips on the subject of sleep hygiene. Obey your body clock. Make sure your bedroom is at the right temperature. And make sure it’s used only for sleeping and intimacy, and not for TV, your mobile phone or computer screen time. Why? It’s to stop your brain thinking that the bedroom is another living room, full of activity. Just try telling that to your teenagers, moody or otherwise.

Can’t sleep? CASA’s fatigue management specialist Dr Robert Forsterlee’s advice is to not toss and turn. Instead, get out of bed, find a comfortable chair and read—but not from a screen.

Fatigue is insidious; tired people (such as those under the influence of alcohol) generally don’t realise how tired they really are and the degree to which their performance is impaired. Fatigue trumps experience, medication, coffee or willpower.

While it is important to recognise the causes of fatigue and mitigate them if possible, the real issue is the effect it has on the ability to perform tasks. As the FAA puts it in a Fatigue in Aviation brochure, ‘fatigue is a condition characterised by increased discomfort with lessened capacity for work, reduced efficiency of accomplishment, loss of power or capacity to respond to stimulation, and is usually accompanied by a feeling of weariness and tiredness … A long day of mental stimulation, such as studying for an examination or processing data for a report, can be as fatiguing as manual labour.’

In a survey of 435 Portuguese airline pilots by Cátia Reis, Catarina Mestre, Helena Canhão, David Gradwell and Teresa Paiva published in 2016, nearly 35 per cent reported sleep complaints, more than 59 per cent suffered daytime sleepiness and more than 90 per cent said they were fatigued.

Those who flew short- to medium-haul multi-sector flights (up to six hours) were most affected by fatigue. Sociodemographic variables such as age, sex and having young children at home made no significant difference. Nor did most other variables such as duty hours, hours flown, sectors flown and early starts.

There was, however, a statistically significant increase in subjective fatigue for those flying between 11 pm and 6.30 am, corresponding with the low point in the pilots’ circadian cycle.

In a 2012 paper, psychologist John A Caldwell said, ‘the two most important variables for alertness are recent sleep and the body’s natural circadian rhythm, or “body clock”. What that means is that when a pilot reports for duty, he or she should have had from seven to nine hours of good sleep within a reasonable period of time before work and that as often as possible, the work schedule is in some harmony with the pilot’s natural daily rhythm.’

Caldwell argued that merely concentrating on duty hours missed the point, and was more for convenience than science. ‘Fatigue-related performance problems in aviation have been consistently underestimated and underappreciated, despite the fact that decades of research on pilots and other operational personnel has clearly established that fatigue from insufficient sleep significantly degrades basic cognitive performance, psychological mood and fundamental piloting skills,’ he wrote. ‘Regulators, and often the pilots themselves, have tried to address the fatigue problem by focusing on duty hours rather than focusing on the physiological factors that are truly responsible. The combination of insufficient sleep and circadian factors is at the heart of the fatigue problem in any operational context.’

The outcomes of fatigue include inaccurate flying, missed radio calls, missing equipment malfunctions and missing routine tasks. And they can be catastrophic.

In an earlier paper entitled Fatigue in Aviation, Caldwell cited official statistics which estimated that fatigue was involved in at least 4–8 per cent of aviation mishaps. Amongst the accidents cited by Caldwell was Korean Air Flight 801, which crashed on approach to Guam at about 1 am on 6 August 1997, killing 228 people.

Caldwell referred to in-flight evaluations revealing that microsleeps occur in the cockpit and said that alarmingly, some vigilance lapses during low workload periods could happened simultaneously in both crew members.

Following two major controlled flight into terrain (CFIT) accidents in 2013, the US National Transportation Safety Board emphasised the importance of procedural compliance, arguing that it made pilots more reliable, ‘especially if you are fatigued, distracted or stressed’.
These procedures include:

It’s advice which applies equally to aircrew and maintenance personnel.

For pilots, the NTSB recommended procedural improvements including a requirement for landing distance assessments and, for non-precision approaches, continuous decent rather than ‘dive and drive’.

Dr Forsterlee also noted the reciprocal relationship between fatigue and stress/workload. That being, fatigue makes one more susceptible to stress and being stressed can impact the individual physically, mentally or both. When it comes to aircrew, fatigue can be caused by excessive physical stress along with the changes in technology that require increased cognitive capacity. Decreases in work efficiency have been demonstrated to result from mental fatigue from cognitive demanding tasks. Conversely, the lack of cognitive engagement in a task due to automation can also increase boredom which contributes to fatigue and stress.

Dr Forsterlee says that there are implications for modern pilots of aircraft that rely more on flight management than manual piloting skills. While the workload of the role is less physically demanding, the increased or decreased cognitive demands can reduce engagement resulting in lowered attention and concentration with increased fatigue. Importantly, in an emergency, automated systems can’t match the intuition and experience of real pilots. Reaction time is critical in emergency situations and the speed and quality of the decision-making of the pilot cannot afford to be degraded by fatigue.

At the same time, communications technology may be putting at risk the sterile cockpit, in which aircrew are supposedly free of distractions and the fatigue factors associated with it. For example, in years past, a pilot might hear of a family emergency after landing; now it can happen in mid-flight potentially diverting the individual’s attention from the job at hand.

Private GA pilots may not have the same rostering issues and circadian rhythm disruptions as charter or airline pilots. But they have some of their own, such as the extra workload involved in single-pilot operations. Like any other fatigued person, GA pilots may have difficulty concentrating or become fixated with a particular task. An early-morning departure often means flight planning the night before, an activity likely to stimulate the brain. This, and the mental rehearsal of the following day’s flight, can make sleep difficult.

All pilots are required to manage the risk of fatigue. A condition of all licences is that ‘the licence holder must not operate an aircraft if, considering the circumstances of the flight to be undertaken, a reasonable person in the pilot’s position would consider that he or she is suffering from, or is likely to suffer from, fatigue which may so impair performance that the safety of the operation may be affected.’

Civil Aviation Order (CAO) 48 defines rigid flight and duty time limitations for commercial operators. For example, under CAO 48.1 subsection 1 (applying to operations with no more than to two pilots), operators are required to roster a rest period on the ground of nine or ten hours.

If the prescriptive rules cannot be met, operators must submit a fatigue risk management system (FRMS) for approval of their flight program.

In some 24/7 facilities such as hospitals, long shifts are considered almost a rite of passage for some staff. But it’s risky. A July 2016 study of UK doctors, reported on doctors.net.uk, found that more than four in ten had fallen asleep at the wheel after a night shift.

Two Victorian hospitals have been trialling new ‘body clock ‘ rosters for intensive care doctors which ensure no more than three consecutive night shifts, with shifts to be no longer than 13 hours, and therefore with at least 11 hours between shifts.

But is that really enough?

Some of us are morning people, some night owls, and others fall in between. Oxford Professor Russell Foster, whose field is circadian neuroscience, argues that it is in employers’ interests to allow workers to choose shifts which are consistent with their chronotype.

And there are health considerations as well. One is that night-shift workers should have access to more nutritious meals, in part because reduced insulin sensitivity at night combined with sugar-rich foods makes them more susceptible to diabetes.

CASA’s Dr Forsterlee says, ‘we love our schedules, such as finishing work at the same time each day.’ He says that where shift work is essential, longer rostering periods—say quarterly—are healthier than those which require regular shift changes, and thus the disruption caused by regular readjustment of body clocks. And where it is necessary to rotate shifts, it is better to do so clockwise—for instance, from morning to afternoon.

He has several tips for healthy sleep: