The latest Australian Transport Safety Bureau (ATSB) report describes one of the most long-standing crash causes in aviation: fuel starvation.

The crash happened in September last year to a low-hours pilot taking a local flight in a Piper PA-28 Archer III to build up flying hours. The flight ended in a forced landing about 15 km west-south-west of Sydney’s Bankstown Airport.

As with many, even most, aviation incidents there is a complex backstory behind the human error that caused the aircraft’s engine to stop, from fuel starvation (in which an aircraft contains usable fuel that is unavailable to the engine. Fuel exhaustion describes when no fuel remains).

The pilot had hired an aircraft for that afternoon’s flight but had been told it was unavailable. The pilot took off in another similar aircraft after diligently checking and filling its fuel tanks. After about 40 minutes of circuits the originally booked aircraft became available and the pilot landed and changed to it. The pilot verified the aircraft had enough fuel for a short flight to the Sydney training area: aircraft changes meant he had abandoned his original plan to fly to Wollongong.

On return from the Sydney training area the engine began to run roughly. The pilot took various actions but did not change the fuel tank. The engine stopped after running the left tank dry. In the silence that followed, the pilot chose to concentrate on flying in the turbulent conditions and low altitude, rather than looking down and leaning forward to use the PA-28’s footwell-mounted fuel selector. The aircraft glided to a landing in a paddock, where it was damaged and the pilot slightly injured. A passenger was uninjured.

Fuel management is a perennial cause of accidents and incidents, particularly in general aviation. Flight Safety Australia has covered the topic regularly, most recently in 2016.

CASA’s Civil Aviation Advisory Publication 234-1: Guidelines for aircraft fuel requirements covers methods for cross-checking fuel on board before flight. And the ATSB has published a selection of harrowing and embarrassing case studies of fuel management related accidents in Avoidable Accidents No. 5—Starved and exhausted: Fuel management aviation accidents. 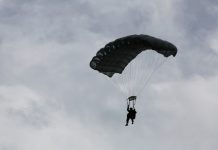 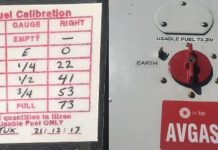 An embarrassed silence, but crew walk away from landing 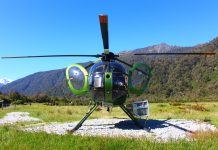