Home Close calls A blackout in the dark 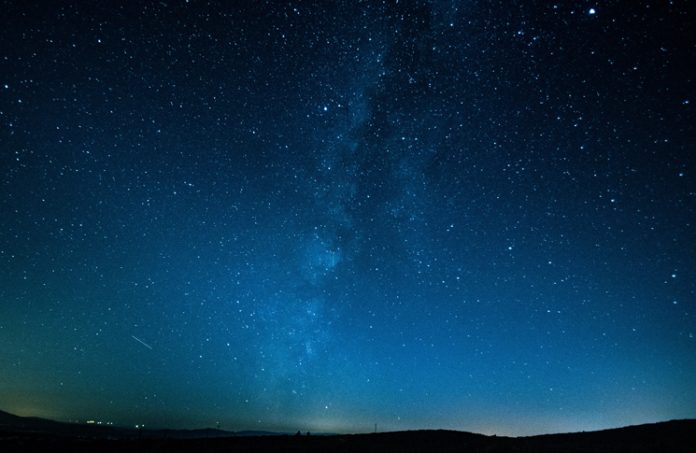 My wife and I spent seven years building our pre-retirement project, an RV7. It started out as a simple VFR project, then within one glorious year, all three resident children and the mortgage all left home. Our savings rate soared, and our aluminium obsession turned into an IFR glass cockpit and a capable autopilot.

After retirement I completed test flying and went on to do the fun stuff, a formation rating, an aerobatic rating, a PIFR (day only) and the last jewel in the crown—an NVFR rating. A few weeks after achieving the night qualification I decided to make my first ever solo cross-country night flight.

Night flying can be spooky, so I made plans to make things as easy as possible, that meant perfect weather; no cloud and calm winds. Also needed was a nearby destination that was familiar to me. That meant Temora, which is only 30 minutes away, with Wagga Wagga as the alternate.

With no runway lighting at home I planned to launch halfway between sunset and last light, so I could settle into the cruise in the last of daylight. Temora is superbly equipped for night work, a long runway with PAPI and bright runway lights. The only downside is that Temora airport is outside the town and is a definite ‘black hole’ site with almost zero land lighting everywhere except to the immediate south.

The chosen track was direct to Temora from home, but at the 15-miles-to-go point I would add the Temora runway 23 GNSS approach to the flight plan (i.e. add it to the flight plan software in the Garmin) entering via TEMEN, which is the southern entry leg to the initial approach fix for runway 23. The range of the PAL radio system is 15 miles, so the plan was get the lights on before getting busy in the final approach.

Now I chose the GNSS approach in preference to a straight NVFR approach for a number of reasons. The NVFR allows an approach direct to an airfield at or above the en route LSA until within 3 nm of the airfield. Then you may descend to circuit height (Temora elevation is 921 feet, giving a nominal circuit height of 2000 feet). This often entails a number of descending turns to join the circuit. Now multiple descending turns in black hole conditions, with periodic glances backwards to sight the runway, can be disorienting, not good at low level. The GNSS is viable because a NVFR pilot can use any published LSA provided they remain in VMC. So, the GNSS approach provides a 10 mile straight-in approach, aligned with the runway, progressively stepped-down lowest altitudes, and an optional three degrees approach slope profile, and in this case PAPI visual vertical guidance. All these features help safety.

A word about cockpit automation. Automation is a trade-off, increased head-down time is needed in flight to tell the Garmin navigator and the autopilot what to do. But once executed the equipment radically reduces the pilots flying task and allows more time for lookout, orientation and monitoring fuel, engine, flight progress and radio traffic. In short, automation is excellent, but there is no free lunch.

In my aircraft the Garmin GPS navigator smoothly drives the autopilot along the flight plan route. The Garmin does no vertical navigation. For climb and descent, I go to the autopilot, wind in the new altitude, wind in the necessary rate of climb or decent, execute it and manually set the new throttle/rpm/mixture settings.

So, a big high settled over the Riverina—not a cloud in the sky all day, and nil wind. With perfect weather and a really well-equipped aircraft what can possibly go wrong?

I launched about 15 minutes before last light. Six minutes later I am cruising at 6500 feet and enjoying the seriously beautiful sunset. Night flying can be scary but is usually pretty and calm. I was full of the joys of spring. But not for long. In the cruise I listened in to the AWIS, reviewed the approach plate, and mentally reviewed the actions needed to execute an overshoot and divert to Wagga Wagga, if needed for some unlikely reason.

With just over 15 miles to run to Temora I added the runway 23 GNSS approach to the flight plan and executed it. This turned me onto a northerly track to the southern leg of the approach. I also switched to the Temora CTAF and announced my intentions. Noting my new ground speed, I computed my top of descent point to arrive at 2800 feet mid-way along the leg from TEMEN to the initial approach fix. I also tried to turn the runway lights on via PAL—but no joy at this extreme range. I started the descent from 6500 feet on time at 1000 feet per minute (fpm). Immediately someone switched off the remaining sunset afterglow. Instant black, and I do mean black. No towns, few homesteads mixed with bright stars, no red-white freeway traffic, zilch. It does have an impact.

Level on the entry leg at 2800 feet I made a broadcast announcing my entry to a 10-mile straight-in visual approach for runway 23, touch and go. The autopilot beautifully turned me onto the final leg at the initial approach fix. I tried to get the PAL going via my number 2 radio now I was only 10 miles out. Not a sausage. So, I tried again. No joy. I broadcast that I was on an 8-mile final and unable to get the runway lights on. So, I swapped radios and tried the PAL on my big Garmin transmitter. Still no joy. I swapped it back to CTAF and tried PAL again on the number 2 radio. No joy, but I got help. I heard someone else trying the PAL for me, almost certainly one of the residents of the airpark trying to assist.

I checked my distance to go on the moving map—blast, I had flown through my descent point for the three-degree glide slope and needed to set the autopilot next altitude of 2000 feet and rate of descent of 650 fpm. I reached out in the dark for the autopilot and missed. Then I found it by feel and fumbled with the three buttons. I looked at the screen—jumbled numbers only. I had inadvertently pushed the altitude button twice and told it I wanted to recalibrate the autopilot altitude!

There was no time to step through the menu to get it right, so to keep it simple, I disengaged it to fly a manual approach. Bad decision.

I now went into immediate overload. I was comfortable with flying by instruments, and still had the magenta line to follow to the runway. But, I had to get those bloody lights on to land. I kept pushing the PAL code on radio 2 in coordination with my friend on the ground who was also at it, looking for the runway lights, thinking through the overshoot and diversion to Wagga Wagga, and trying to maintain the EFIS ‘bird’ three-degrees down, and watching the altitude wind down. I was doing all those things, but none of them well. Decay was setting in. I just started levelling out at 2000 feet when—a miracle—the runway lights came on. I was close and off-track to the right, still doing 140 knots because I had not been reducing power.

Now the versatility of the RV7 as a sports plane came on show. With a beautiful big runway as reference, I whipped into an s-turn to the left then right while gradually throttling back, and bringing the EFIS bird just above the horizon, to slow in a slight climb down to max flap speed of 85 knots. I dropped full flaps and set 14 per cent power on the engine monitor. I was very high, with four white PAPI lights, and settled into a stable and very steep descent. Just as the piano keys started to show in the landing lights I saw two white and two red PAPI lights, flared gently and touched down smoothly as the PAPI lights went past my wingtip.

I turned the landing into a full stop to back-track and settle down my jangled nerves. The next five touch-and-goes were all fine, and I had a story to tell about losing my night solo virginity.

Night and IFR flying is all about managing a high workload in priority order. By electing to manually fly the approach while also dealing with turning on the runway lights, I increased my workload just beyond my capacity. While the fumbled autopilot screen had irrelevant numbers on it, it was still in GPS steering mode and taking me along the magenta line to the runway, level at 2800 feet. I should just have let it take me to the airfield. If the lights came on I could do a four-leg visual circuit and land, if not, overshoot to Wagga Wagga.

Despite my PIFR background, the loss of runway lights on a NVFR flight had a far bigger psychological impact that I expected. Add to that the perceived loss of autopilot and frustration set in. I now have proved that two problems at once is near my limit; if a third had shown up, climbing away to orbit over the lights of Temora to pause and unload the workload would be the only choice to make. It is so important to stay cool.