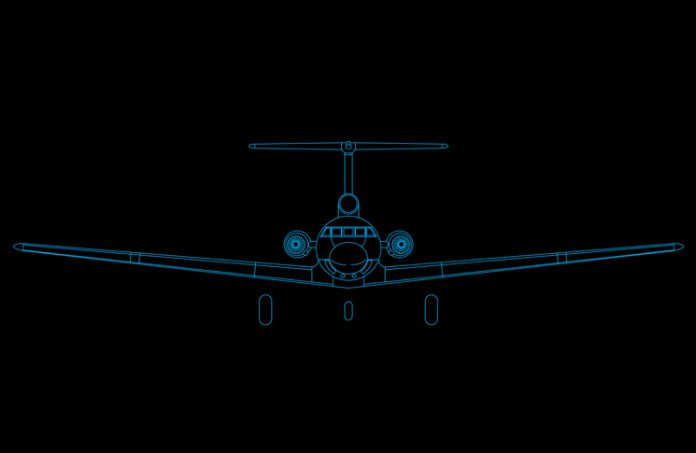 My introduction to the Cessna 210 was typical of the period. My employer, a physician, World War II B-17 co-pilot and certificated flight instructor (who almost never instructed), wanted me to begin flying on-demand charter flights in his turbocharged Cessna T210.

I logged about 15 hours in a retractable-gear Cessna 182 a few years previously when I earned my flight instructor credentials, but since that time all my experience had been in Cessna 152s and 172s. ‘That’s OK,’ the doctor told me, ‘it’s just a big Skyhawk’. I spent hours excitedly reading the T210’s Pilot’s Operating Handbook and sitting in the aeroplane in my boss’ hangar in the days leading up to my checkout flight. When we finally flew, all he wanted me to do was three take-offs and landings. It was the ‘standard’ checkout of the day. But it barely prepared me to fly the aircraft in perfect conditions. It was utterly insufficient to ensure I could handle the aircraft in instrument conditions, or if any abnormal or emergency procedure came up. Yet, I was now ‘qualified’ to fly the T210. Worse yet, at that stage of my career, I didn’t know any better.

About two years after that I became qualified in the Beechcraft A36 Bonanza, comparable to the Cessna 210 in terms of systems and performance. My transition to that aircraft was vastly different, however. I attended 16 hours of ground school and flew eight hours in a type-specific simulator over four days. On the fifth day I flew nearly five hours with an instructor expert in the aeroplane type. When I was done with this transition I knew the aeroplane’s systems pretty well, and had practised a wide variety of normal, abnormal and emergency procedures, both in the simulator and in the aircraft.

Chances are good your aircraft transition experience will be somewhere between these two extremes. When do you need to make a formal transition, even when it’s not required by regulation? What should you look for when seeking transition training?

When you need it

The logical time to seek transition training is when you’re moving into an aircraft with more performance or complexity than the types you’ve flown before. There are other situations, however, when a little instruction makes a big difference in your safety, and that of your passengers. Let’s look at four types of transition that make great sense even if there is no specific regulatory need to do so.

Ask a pilot when he or she needs transition training and most likely the response will be ‘when moving up into a more complex and capable aircraft’. My transitions from the Cessna 172 to the T210 and the A36 are typical examples. Regulations—and the insurance companies that back them financially—often stipulate specific training requirements based on the pilot’s past experience. Examples include moving into complex and high-performance aircraft, twin-engine aeroplanes and those equipped with tailwheels. But what about the 182RG pilot moving into an A36 Bonanza? How about the Piper Seminole pilot upgrading into a Cessna 310 or a Beech Baron? Once you have passed some regulatory threshold for competence (for example, a multi-engine rating), there may not be a specific regulatory requirement for transition training within a range of aircraft of that basic type. Yet, the systemic and operational differences may be significant … and you really need to know those differences.

It’s less obvious to many, but there’s a great need for type-specific education when you make a lateral move between similar aeroplane types. Why do you run the auxiliary fuel pump during take-off and landing in a Cessna 210, but are warned by the Pilot’s Operating Handbook against doing so in a Beech Bonanza? What is the difference in fuel system operation and management in a Piper Archer, compared to the Cessna 172 in which you trained? Why do you start a Baron 58 with the mixture controls in full rich, but a 58P Pressurised Baron with the mixtures at idle cut-off? The answers to these and many more questions have a very real impact on aircraft operation and the safe outcome of your flight.

One aspect of the culture of pilots seems to be, ‘if I am qualified to fly this aeroplane, I am automatically qualified to fly any aeroplane that is smaller or less complex than this aeroplane as well’. This sort of hubris is potentially quite dangerous, however. Simpler systems are nonetheless different; less capable aeroplanes deliver less performance and are less forgiving of imprecision; they may not get you out of situations that you routinely fly through in more capable aircraft.

The only pilot I had in four years of providing Beech Baron simulator training who could not pass even a visual conditions only check at the end of a week’s training was at the time an Air Force pilot flying aerial refuelling tankers—he was used to a lot of performance, a lot of automation and a crew to help with the workload, and simply couldn’t handle an engine failure in a piston twin on his own. Test pilot Max Stanley is credited as saying, ‘the Piper Cub is the safest aeroplane in the world. It can just barely kill you.’ By that he meant that aeroplanes must be respected, and we must be qualified to fly them, regardless of what else we might fly.

When I first began providing transition training in high-performance single-engine aeroplanes and light twins, transition training centred on the aeroplane’s systems, procedures and techniques. In the time since, none of that has become less important, but a whole new challenge exists to pilots moving into aeroplanes that are new to them or upgrading the one they already fly. Avionics have become far more capable, but in doing so they have developed a level of complexity such that they require a transition all of their own. Not only do pilots need to learn the features and operation of each piece of equipment, they also need to know the unique interaction of brands and models of avionics equipment.

For example, if I’m flying an aeroplane with a Garmin GNS530W or GTN750 GPS and a King KFC225 autopilot, there are two additional keystroke steps I need to perform to fly an instrument approach that are not required with any other autopilot. This is the sort of thing you need to have worked out before your first flight in instrument conditions.

When the first ‘glass panel’ retrofits became available for legacy aircraft, I asked the chief instructor of a flying club that made the first such installation in a Beech Bonanza to describe the process of checking pilots out in the new equipment. He described the challenge and the process in detail, but one statement he made sums up the process: ‘You know the glass cockpit transition is complete when you see the pilot looking outside the aeroplane again.’

That’s the level of proficiency and comfort you need to develop in an avionics transition—confident enough to be able to look away from it again. When moving up, moving laterally or moving down, or if the panel of the aeroplane you’re already flying is different from what you’ve flown before, you may need to devote as much time and effort to an avionics transition as you do to learning a new-to-you aircraft itself.

How should you go about making the transition to a new aircraft and/or new avionics?

In preparation for your training, or if none of these opportunities are available to you and you need to design your own transition syllabus with a local flight instructor:

If you were an airline pilot and had just completed transition training, you would next move on to what is called IOE: initial operational experience. During the IOE phase, your job is to make new habits specific to this aeroplane to replace old habits, and to build experience in the new type gradually. Translated for single-pilot light aeroplanes, for example, moving into retractable gear aeroplanes, you’ll need to practise enough to replace your existing habit—reduce power to descend from circuit height—with a new action: extend the landing gear to initiate the final descent.

During your personal IOE, continue to read the POH/AFM. Be diligent about using checklists, without preconceived notions of how you think you should do things in the new type. There may be very good reasons why the checklists tell you to do things differently. Lastly, don’t try to use every bit of the new aircraft’s capability right away. Take a series of ‘shake-down cruise’ flights before you fly to the full potential of the aircraft. Start with some local flights in good, visual meteorological conditions. Then if the aeroplane type supports it, make some longer, visual cross-country flights. Only after you have experience in type might you try short runways, high-weight or high-temperature take-offs and landings, instrument flight, etc.

Any time you’re going to fly an aeroplane you’re not familiar with, map out a plan for a thorough transition. It’s just as important if you’re moving laterally or downward in complexity and capability as it is for the more traditional ‘moving up’ transition. And don’t forget the need to transition to advanced avionics as well. Use all the resources available to help. Once you’ve completed the transition, ease into the changes gradually with a personalised initial operational experience. Whatever you do, when transitioning to a new type, invest a lot more than simply three times around the circuit.