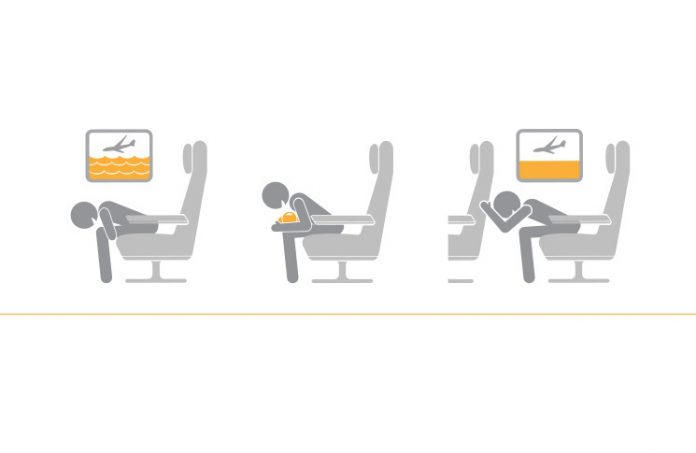 The brace position, although a fundamental of airline cabin safety, is the subject of some remarkably silly folklore, to do with kissing one’s posterior goodbye, and other fatuities. Let’s hope CASA’s latest guidance lays at least some of this nonsense to rest.

CASA Cabin Safety Bulletin No.6 covers the brace position for aircraft passengers and crew. The bulletin covers forward and rear-facing seats, what not to do, children and infants, and people with disabilities and their companions.

The brace position is the most effective protective position for passengers and crew to adopt to reduce the chance of injury during an aircraft crash. But it has changed over the years. ‘As seat technology has evolved so have effective brace positions and previously recommended positions may need to be adjusted,’ the bulletin says.

Avoidable injuries in passenger cabins during crashes come from two mechanisms—flailing, in which the limbs move out of control, and secondary impacts with parts of the cabin, such as seat backs.

The brace position reduces flailing by having a forward-facing occupant lean over their legs and it reduces secondary-impact injuries by pre-positioning the body against a surface that can be struck. This reduces the momentum of the head and other parts of the body.

The most appropriate brace position may vary according to seat orientation, different seat belts or cabin configuration. There are a number of positions to avoid when bracing, such as stretching out arms or legs and resting the head on arms or hands. Cabin Safety Bulletin No. 6 has all the details.

‘Smoke and flames’ from charger on airline seat