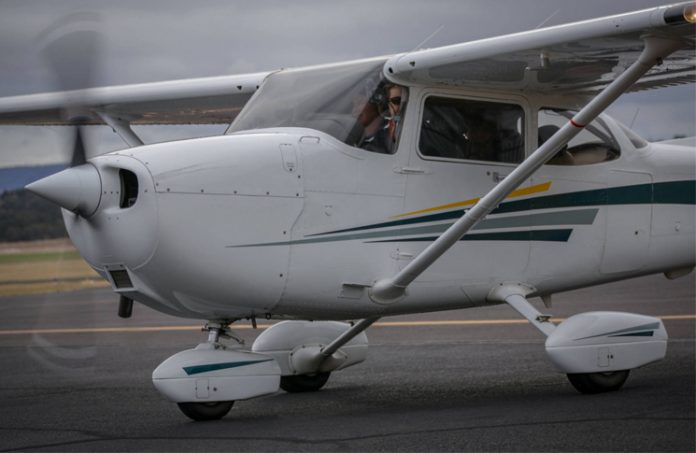 This is a case of ignoring some of the most basic rules. My instructors had always drilled into me the option to go around rather than landing when unsure. They had reminded me to ensure I was settled, mentally prepared and focused on the task at hand. With these thoughts clearly in the back of my mind, I now share my close call.

I had to pick my wife up from the airport and had been rushing about to get my jobs finished so I could meet her. So efficient was I at my tasks that day I found myself with some spare time. What could I do? Well, do some circuits of course! I phoned to see if the club C172 was available and as it was, I booked an hour—plenty of time to do a few circuits and keep my skills current.

I arrived, completed the required checks, had plenty of fuel, good conditions and all was good. I realise now I hadn’t mentally prepared myself but at the time I was pleased I could fit a flight in. Efficiency is not one of my known qualities, however, I was doing well on this occasion. I completed all pre-flight checks using the documentation, called the tower, received permission for circuits and taxied out to the runway.

My take-off was good, and I settled in to the first circuit. It went off without a hitch. Good climb, good downwind, checks completed, called the tower and executed what I felt was a great touch-and-go landing.

This is when things began to go wrong. I wasn’t happy with the take-off, didn’t feel good about the climb and eventually settled the aircraft for the downwind leg. I was a bit high and as it was a little lumpy, I struggled to get down to 1000 feet and stay there. I called the tower late for a touch-and-go and began to prepare for base and final. I was a little low as I took the throttle back to 1700 and mucked about with the flaps and found myself now not dropping as I should. Still mucking about to get the profile right, I realised it was going wrong, but I was determined to fix it before final.

I know, I was really unsettled and tense and remember thinking, ‘I should just go around and start again,’ but I didn’t. I kept fighting to make it right and eventually got onto final at around 400 feet. I gave it a little more power and it was looking bearable. I crossed the threshold, looked up, flared and the wheels touched OK. I remember feeling the relief, but this is where I went wrong. I was keen to take-off again and reflect on what went wrong, meanwhile forgetting I had to keep flying the plane as I travelled down the runway. Flaps reset at 10 degrees, carby heat checked, and I was just about the push the throttle in when I realised I was not settled.

The next thing I knew I was veering wildly across the runway at around 30–35 knots and heading straight for the grass verge. I ran off the runway, through the grass, narrowly avoided a deep depression, and finally came to rest just short of the taxiway. I was badly shaken. I shut everything down, jumped out to see if I had damaged anything (beside my ego), called the tower to alert them to my error and 4wd trip, and advised them I was heading back to the hanger.

Reflecting on my close call and shaking with adrenalin, I realised this could have gone badly wrong. I walked to the nearby flight school to see if I could take a flight with an instructor to see what went wrong. It’s clear it all went wrong on downwind and when I first entertained the idea of aborting the landing, that was what I should have done. There was no damage and following a checking flight with the instructor, I was clear on being willing to abort and go around when unsure.

I reflected on what could have happened. I could have taken out runway lights, gone into the deep depression 50 feet back up the runway, or a number of other damaging outcomes. Takeaway message—if in doubt go around and prepare yourself mentally in the same way you prepare the aircraft.