Home Close calls I learned about flying from that 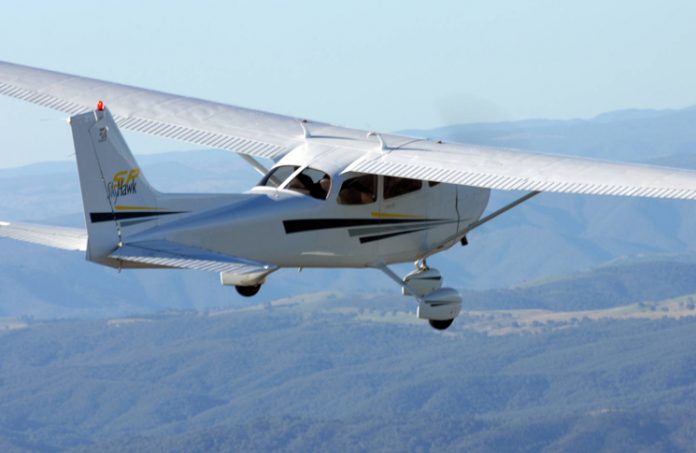 I’d not long had my PPL-A (SEA) when I decided to hire an aeroplane to fly to RAAF Amberley from the Sunshine Coast, as I had some duties to perform there as a serving RAAF Reservist. Before getting my licence, I used to drive, which would take anywhere from two to four hours, depending on Brisbane traffic. Flying there would take about 50 minutes. Of course, I still had to pre-flight the aircraft and drive to the airport, but flying is also more enjoyable and relaxing—usually.

I was the chief engineer at the local helicopter rescue service and had access to our professional pilots’ vast knowledge and often consulted with them on my flights. On this occasion, it was an early departure and none of the duty crew was up yet when I pulled the aeroplane out of the hangar and flew off to Amberley (YAMB). I’m an habitual planner and had the route marked on my maps and the flight logs pre-filled—an easy trip to the (at that time uncontrolled) Amberley CTA. Coming home was far more eventful.

I’d checked the weather before leaving home and there was nothing of much consequence—a few high-level clouds which wouldn’t concern me at 3500 or 4500 ft and the odd cloud around my expected height but no worries—right? Unknown to me, the weather had deteriorated quite quickly while I’d been at YAMB and, while I did quickly glance over the TAF and ARFOR for my trip before climbing into the aircraft, I missed the amended section. Our duty pilot had tried to call me to advise the weather had passed through the Sunshine Coast (YBSU) and I’d be okay if I planned to come home above 5500 ft but I didn’t see his call and the phone gets turned off when I climb into the aircraft—I have enough distractions without dealing with mobile phones, too!

Clearance was obtained from YAMB ACD as per the flight plan I’d filed that morning and off I went. YAMB APP gave me the, ‘You are leaving my airspace, air services terminated, frequency change approved,’ spiel as I crossed Lake Wivenhoe and I began warily eying the growing cloud bank to my right. I briefly considered diverting to Watts Bridge, as the sky was clear there, but press-home-itis was telling me it’ll be okay—continue.

Overhead Somerset Dam, things were not so good. The cloud had seemed to pick up speed and height over the Brisbane Ranges and I knew I couldn’t get over the ridge to Watts Bridge now. I couldn’t out-climb the cloud in my little C172 and I was running out of options. I called Brisbane Control (BNE CTR) as I knew they’d wonder why my planned flight suddenly wasn’t following the path I’d filed and advised I had to divert due to weather but was still evaluating options. They were great—advising they’d monitor my progress and suggesting Kilcoy as an option. Kilcoy! Why didn’t I think of that before? Calling to advise I’d divert there, I dived for the ground. The cloud looked very foreboding and seemed to brush my right wingtip as I raced on the downwind leg of Kilcoy’s only grass strip. No time for an overfly—I realised it had a nice hump in the strip as I was on late finals. Any landing you walk away from is a good one, isn’t it? Certainly not my best as I arrived at Kilcoy just in time for the heavens to open over me. Thank you, Lord!

I taxied over to the parking area and shutdown. Once the rain eased a little I wandered over to an open hangar and had a chat with an owner who was living in his caravan in one of the hangars for about an hour before walking out to see the weather had significantly improved, as far as I could see, anyway. Off I went again, advising BNE CTR I was resuming my flight. Overhead Woodford, I could see another wall of cloud approaching me on the nose. Reluctantly, I looked over my shoulder to return to Kilcoy, only to find there was a bank of cloud behind me, too! Not good—there are some nasty chunks of rock in the area between Kilcoy and the Sunshine Coast and I didn’t feel like becoming part of any of them. Advising BNE CTR of my dilemma, I advised I was heading south. ‘What are your intentions?’ they asked. ‘I don’t know yet, but I’ll advise,’ I replied. BNE CTA was rapidly approaching when I noticed YCAB on the moving map. ‘I’ll try for Caboolture,’ I advised, and they wished me luck. I skimmed down the edge of the cloud on extended base for YCAB—no time for proper approach procedures and no-one else was stupid enough to be flying in this mess locally, anyway. As I turned for finals I glanced out of my left eye and noticed I could see behind the cloud clear to Maroochydore and there was nothing else coming from the east. I advised BNE I was now abandoning my YCAB approach and resuming course for YBSU, landing without further incident to be welcomed by a very relieved looking duty crew, who had genuine fears they’d be despatched to look for me in the wreckage of my aeroplane.

What went wrong? I was so keen to fly instead of driving that I’d convinced myself the weather would be good enough to proceed as planned, despite almost 12 hours between checking the forecast at home and departing YAMB later that day. I had no plans for diversions and really didn’t look at other airfields. Ringing the guys at YBSU would’ve been a good idea at YKCY but mobile service at Kilcoy was marginal. What I should have done was divert to Watts Bridge and stayed there until the weather system had passed. Alternatively, after a close call at YKCY, I should’ve stayed there until the sky was completely clear, not ‘good enough’ as it was when I departed there. I like to think of myself as a cautious pilot but I learned a lot about myself that day. Press-home-itis is something I’ve experienced before in the military environment but someone in the crew usually recognises it and pulls the rest up. I was so keen to get home that day I nearly didn’t get home at all. I learned a lot about flying from that.