Every week seems to bring another proposal for new types of aircraft, many of them merging the technology of drones into new forms of passenger carrying aircraft. The latest effort is a hybrid design, SureFly, made by Workhorse, an Ohio, US, company whose existing products include electrified versions of America’s characteristic super-sized pick-up trucks. The company also makes electric vans and heavy-duty drones.

Like Workhorse’s road-going vehicles, the SureFly uses a range-extending internal combustion engine to provide power to its motors, and increase range. A lithium ion battery will provide several minutes of backup power to the eight motors, sufficient for a landing, should the motor/generator fail. It also has a ballistic parachute that works at heights over 30 metres (100 feet).

The aircraft is designed to carry about 180 kg of payload for about 110 km, at a speed of about 110 km/h, day or night. It uses a fly-by-wire flight control system designed to keep it within its safe flight envelope. Workhorse anticipates production versions will cost about $US200,000. It expects markets in precision agriculture, emergency response, military use and as a city commuting vehicle.

The US Federal Aviation Administration (FAA) has accepted the company’s application for Type Certification of the aircraft. Workhorse says it is working closely with the FAA and electric aviation experts to develop new certification requirements that fit a hybrid-electric eVTOL like SureFly.

A SureFly prototype will be making an appearance at the annual Airventure air show in Oshkosh, Wisconsin, US, on 24 July. 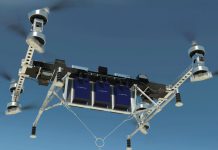