Aircraft maker Boeing is actively working on technology that would remove the need for two pilots in the cockpits of its passenger jets.

Currently, European aviation rules state that passenger planes with more than 20 seats must have at least two pilots in the cockpit. But Steve Nordlund, a vice president at Boeing, said technology that would allow for a reduction in crew in the cockpit was being developed at a ‘good speed’.

Nordlund said Boeing was also working on autonomous flight and self-piloted aircraft, but told The Independent recently, ‘I don’t think you’ll see a pilotless aircraft of a 737 in the near future but what you may see is more automation and aiding in the cockpit; maybe a change in the crew number up in the cockpit.’

He suggested cargo jets could be the first to trial the technology but that it made ‘business sense’ to pursue a reduction in the number of on-board crew on passenger planes, too. ‘A combination of safety, economics and technology all have to converge, and I think we are starting to see that.’

Reducing the number of crew in the cockpit would also address a chronic shortage of pilots which analysts have predicted could reach more than 200,000 over the next decade.

But while planes have become increasingly automated in recent decades, with autopilot routinely used throughout all phases of a flight, the prospect of fewer crew members may still prove to be a hard sell—both to passengers and regulators.

After a Germanwings pilot flew an A320 plane into the French Alps in March 2015 killing all 150 people on board, Europe’s aviation safety authority, EASA, imposed a rule that there needed to be two crew members in the cockpit at all times. It meant that if a pilot needed to step out of the cockpit, a member of the cabin crew had to step in.

EASA relaxed this requirement last year, saying it was up to airlines to ensure their aircraft were safe.

Not everyone, however, is in favour of reducing the number of crew in the cockpit of passenger planes. Chesley Sullenberger, the US Airways pilot who saved the lives of 155 people when he landed an A320 on New York’s Hudson River after both engines suffered a bird strike, has previously spoken out against moves towards single-pilot aircraft. After the US Federal Aviation Administration asked for money to research single-pilot commercial airliners, Sullenberger said ‘Having only one pilot in any commercial aircraft flies in the face of evidence and logic. Every safety protocol we have is predicated on having two pilots work seamlessly together as an expert team cross-checking and backing each other up.’

Nordlund insists single-pilot crews would only be deployed if there was appetite for it from airlines. He said developments would be driven by the ‘comfort levels of the consumer’, suggesting passenger concerns about safety—whether well-founded or not—could delay the roll-out of autonomous technology. But he added ‘When it is cargo, that aspect is taken out of the equation.’

Head of flight safety at the British Airline Pilots Association, Rob Hunter said there had already been a steady reduction in crew numbers on the flight deck of commercial aircraft, but voiced concerns that a reduction in flight deck crew, would lead to a ‘greater number of occasions when both the machine and the pilot becomes overwhelmed.’

He said ‘In the airliners of the post-war period there were up to six crew acting as pilots, flight engineers, navigators and radio operators. All of these roles are now undertaken typically by just two pilots that are, more-or-less, supported by automatic systems.’

Hunter went on to say, ‘Sully is absolutely right, to believe otherwise is to ignore the vital role the human plays in keeping things safe.’

Airbus, Boeing’s European rival, is developing its own technology to allow a single pilot to operate its commercial jetliners but is first working on cutting the number of crew needed on long-haul flights to two.

EASA said it was ‘aware of discussions with aircraft manufacturers about possibilities to reduce the number of pilots in the cockpit of certain aircraft operations, including for cargo’ but would not be drawn on how regulations could be altered to accommodate the new technology.

Flight Safety Australia looks at this theme and the technology that could banish the human pilot from the cockpit in Getting smart: artificial intelligence and aviation. 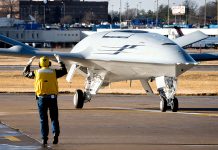 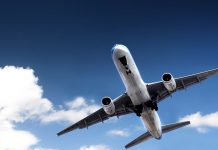