What’s not to like about ADS-B, except the cost? The automatic dependent surveillance – broadcast technology integrates satellite navigation information with transponder information so that an aircraft can make other traffic and ATC aware of its speed, altitude and direction.

While all instrument flight rules aircraft must be fitted with the technology—which automatically broadcasts the precise location and altitude of aircraft—voluntary uptake in the visual flight rules community has been low.

CASA wants to speed up adoption of ADS-B and will be developing rule changes aimed at making it cheaper and easier for VFR aircraft to voluntarily use it.

CASA Director of Aviation Safety, Shane Carmody, said recent consultation had indicated that there was strong support for the voluntary adoption of ADS-B across general aviation.

‘The visual flight rules community appreciates the safety benefits ADS-B technology offers but has called for CASA to make the technology more accessible with avionics that are cheaper and less onerous to install,’ Mr Carmody said.

‘The challenge has been to find the right solutions and incentives that will encourage fitment and uphold an acceptable level of safety.’

Following consideration of the options and feedback received through industry consultation earlier this year, CASA is proposing to relax the equipment and installation standards for ADS-B fitment in VFR aircraft.

The changes would allow some uncertified avionics that meet a recognised standard for ADS-B, would enable ADS-B installation to be classed as a minor modification and enable amateur-built and sports aviation aircraft operators to install ADS-B under self-administration arrangements.

‘The solutions we are proposing genuinely reflect the preferences and ideas from the aviation community, including avionics manufacturers and installers,’ Mr Carmody said.

You can review the detail of the proposed new rules and provide feedback before they are finalised. Consultation is expected to open later this year.

Read the consultation feedback and find out more in CASA’s Consultation Hub. 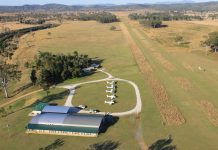