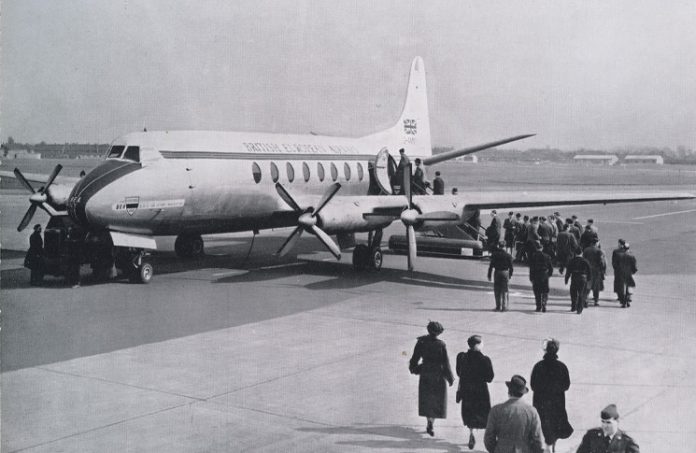 Much has changed over the 50 years since this crash, but the cultural factors behind it remain unfortunately relevant

By the standards of the time, 1968 had been an average year for airline safety. As of the morning of 31 December, 1363 people had been killed in 64 airliner accidents. None of these had been in Australia, but this was about to end. The numbers would be 1389 killed in 65 airline accidents by New Year.

About 11:35 in the morning of 31 December a woman at Selina station, 45 km south of Port Hedland, in the Pilbara region of Western Australia saw ‘a silver aircraft spinning in the air’, in the words of a contemporary newspaper report.

About 15 km away, her husband, repairing a windmill, heard a muffled explosion, and saw a developing smoke cloud. ‘At first I thought it was a bushfire,’ he told the newspapers.

The husband and wife were witnesses to the destruction of MacRobertson Miller Airlines flight 1750. Its end had been horribly sudden. The last transmission from the aircraft, a minute earlier, had been entirely routine; a report that it was 30 miles by Distance Measuring Equipment (DME) south of Port Hedland and had begun descent from 7000 feet.

In those days before mobile phones there was no way for the witnesses to quickly notify authorities. From the airport’s point of view the aircraft had disappeared. A Cessna 337 Skymaster took off shortly after midday to search along the route. Eleven minutes later, its pilot saw burning wreckage. About an hour after the crash a ground party from Port Hedland reached the scene of the accident and confirmed that all 26 on board the Vickers Viscount 720C had been killed.

An immediate clue came from the pattern of the wreckage of the four-engine pressurised turboprop. It was widely scattered. The entire starboard wing outboard of the inner or No. 3 engine, including the No. 4 engine, its propeller and nacelle were found close together, about 900 metres from the rest of the wreckage. The other engines were found at separate locations between the starboard outer wing and the bulk of the wreckage.

‘It was quite apparent from the distribution of wreckage that the aircraft structure had failed in flight,’ the report published the following year said.

The cockpit voice and flight data recorders (CVR and FDR) were relatively easily found, although damaged by impact and fire. They confirmed in-flight break-up.

The FDR had worked until the moment of impact and had encoded, ‘very large excursions in vertical acceleration, ranging from 2.95 g positive to 2.85 g negative’.

fire that the station worker saw. But it too had recorded until impact. No words had been spoken in the aircraft’s last seconds of flight but ‘the ambient noise recorded in this period seems to be consistent with that which might be produced by an aircraft moving at high speed and out of control.’

What had caused the break-up? Not the weather, which had been benign. ‘The weather in the area of the accident at the time it occurred was fine, there was no low cloud, the visibility was slightly restricted by haze and the surface wind was 5 to 8 knots from approximately 340 degrees. The Port Hedland QNH altimeter setting was 1006 millibars,’ the investigation found.

The aircraft was among the older Viscounts in service; it had flown for 31,746 hours over 25,336 flights. But it had only logged 7188 hours over 6429 flights since its most recent heavy maintenance.

‘All of the components of the aircraft were operating within their approved lives and, at the time of its departure from Perth on the morning of 31st December 1968, there were no known defects in the aircraft,’ the investigation found.

The recorders told of a flight that had been entirely normal until 7000 feet and 30 DME from Port Hedland.

Flight 1750 had taken off from Perth at 8:36 am and its 1165 km (630 nm) northward journey had been uneventful apart from slight to moderate turbulence in its climb to flight level 170, which the FDR had recorded as peaking at 0.45 g positive and negative. These were bumps that would have made a nervous flyer wince, but no big deal, and well within the limits of the design.

At 11:14 am the crew advised they were abeam Wittenoom Gorge, at flight level 190, estimating Port Hedland at 11:42. They felt relaxed enough to ask Port Hedland about forecast winds for the return flight to Perth, presumably so they could begin planning their return journey.

Port Hedland advised a Cessna 310 had recently taken off and was climbing to 9500 feet. The Viscount crew and Cessna pilot spoke briefly and confirmed that there was no risk of collision between them.

About four seconds after the first officer called 30 DME, at 11:34 and 12 seconds, there was, in the words of the report, ‘a catastrophic event affecting the aircraft and inducing a complete loss of control’. The Viscount took 26 seconds to fall to the ground, shedding its engines as it spun.

The story in the metal

On barren rocky ground, next to the wreckage of No. 4 engine, there was a large indentation with three sections of main spar boom protruding from it. It took the investigators two days in the ruthless summer heat of northern Western Australia to recover these sections, but it was a worthwhile effort. One section, which had been driven nearly a metre into the ground, was the most inboard section of the lower spar boom in the outer wing wreckage cluster, near where the wing had snapped. It bore considerable impact damage but also, ‘unmistakable signs of metal fatigue on the fracture face’.

The Vickers Viscount was a popular aircraft around the world, hitting a sweet spot for operators of size, cost and performance. Like many aircraft of the era, its accident record appears hair-raising by modern standards (it had had three previous Australian fatal crashes), but there had never been any previous case of a wing spar fatigue failure.

The main spar of the Vickers Viscount is a T section composed of upper and lower tapering T section booms and a stiffened plate web. The booms are machined from a stretched and precipitated extrusion of aluminium alloy and the single main spar is designed to carry 90 per cent of the overall wing bending moment and shear force.

The No. 3 engine nacelle attachment fitting joins the spar boom at a location called Station 143. This fitting was found 175 metres from the starboard wing with one of its attachment bolts still in place, complete with a bush, that sleeved the bolt where it went through the attachment hole. The four other bolts had sheared. A documentation check found the fitting was a replacement part, supplied by the manufacturer, Vickers Ltd, to the aircraft’s previous operator, Trans Australia Airlines in 1958, when the previous spar boom approached the end of its published life.

From the report: ‘The fitting was supplied without boom attachment holes and the hole drilling would have been carried out in workshops of Trans Australia Airlines. By the time the second boom change became due in 1964 the manufacturer had amended the procedures to permit the reuse of the engine attachment fitting removed from the aircraft.’

‘Thus, the Ansett-ANA procedure in 1964 involved a reinstallation of the fitting originally drilled and installed by Trans Australia Airlines in 1958. A dimensional check of this fitting was carried out during the investigation and it was found that the hole spacing would have been incompatible with any new spar boom to the extent that not all of the five bolts could have been entered into the bushed holes through the nacelle attachment fitting.’

‘The bush on the intact bolt was different to those on the broken bolts. It showed signs of having been counter drilled, probably because it had not lined up with the holes in the attachment.’

‘In this situation it is conceivable that some attempt might have been made to improve the alignment of some of the holes by passing a 5/16-inch (8 mm) drill through the fitting into the bushed hole from below.’

The bore of the bush showed signs of internal chamfer (sloped edges) deformation ‘produced by the impact of some form of conical tool rather than by a machining process’, in the words of the report. The bush was also flared, there was ‘broaching’ of the hole, which had removed metal from it, and anti-corrosion treatments were missing. In plain terms, it appeared the bush had been hammered into place.

British Aircraft Corporation, the successor to Vickers, conducted tests and concluded, ‘the installation of a “belled” bush in the Viscount spar boom in lieu of a parallel bush has a significantly adverse effect on the fatigue life of this spar. The reduction of life could well be of the order of 50 per cent.’

The investigation was unable to discover who had flared and inserted the Station 143 bush into the spar boom. ‘Neither the records of the organisations involved, nor the recollections of their personnel were of assistance in defining the detail of work that was done on these occasions or by whom the work was carried out,’ the report said.

The frustration of the investigators seeps through in this sentence: ‘The second difficulty was to imagine a situation, arising either in manufacture or in the installation of the boom, which would induce any responsible tradesman to use the type of tools or to follow the practices that the physical evidence reflects.’

But what good would have come if such a person had been found? The social world of aviation maintenance is a finite place, even in 2019, and would have been smaller again in the early 1960s. Whoever fitted the flared bush, if they remembered the job, would probably have suffered deep mental anguish, as other engineers have when their human errors led to human catastrophe. And if confronted, the engineer might well have said ‘but everyone did it that way’. This is not a legal defence, of course, but it is a powerful and insidious explanation of why smart people do dumb things—again and again.

The crash report had uncovered a phenomenon, that would not be given a name for another 28 years. In 1996, ten years to the day after the first space shuttle disaster, Diane Vaughan coined the term ‘normalisation of deviance’ in her book The Challenger Launch Decision. Vaughan wrote of how standards were relaxed, and limits pushed by tiny margins, which appeared to make no difference to safety. Eventually, with no evidence they were dangerous, these degraded standards and practices came to be adopted by people who sincerely believed themselves to be committed to safety. The most common example is exceeding the speed limit on the roads by just a few km/h which feels little different, and no more dangerous than strict adherence, despite large-scale traffic studies showing unequivocally that small increases in average speed lead to more, and more severe, road crashes.

Normalisation of deviance, in various forms, has existed probably for as long as humans have lived in organised societies, but 18 years before it killed the Challenger crew it had condemned 26 Australians to a cruel death on the hot stony plains of the Pilbara.