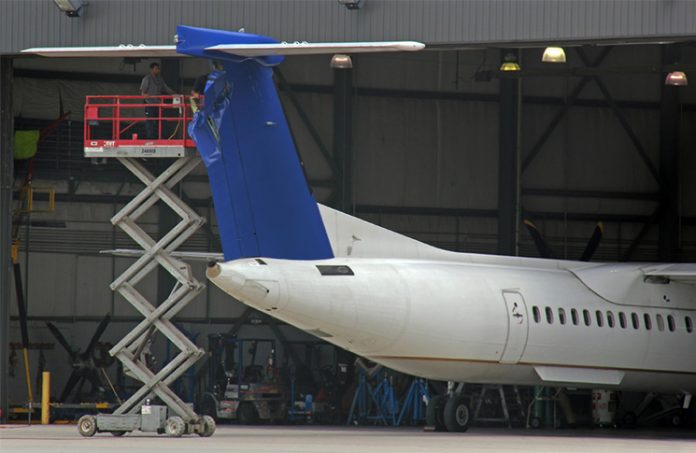 The recurring nightmare that is ground damage doesn’t disappear when day dawns. But is anything being done to mitigate its effects? Alwyn Brice, who has been writing about ground handling for twenty years, looks at the reality of the ramp.

Let’s start with a number, a number that no-one reading this can possibly conceptualise. Back in 2005 the Flight Safety Foundation, having mined available market data, reckoned that damage to aircraft while on the ground was costing the industry around US$10bn annually. Fast forward to 2017, when Twiga Aero published a white paper on this very subject: the figure then was put at a global US$12bn.

By any stretch of the imagination these are huge numbers, too vast to comprehend in all but their crushing cost to the sector. However, the sobering fact is that no-one can really state within any degree of certainty just what the cumulative effect of incidents on the ramp is costing the aviation business every year.

One reason that the true damage bill cannot be pinned down is because, rather like a pebble thrown into a pond, the ripples spread out. Hit an aircraft with a belt loader and it is taken out of service for repair. That will cost X. The passengers need to be looked after and if there is no other aircraft immediately available, then there is the expense of transport and accommodation: Y. The missing flight, which may have been on a hub and spoke operation, will then cause a problem at its intended destination: Z. The carrier’s goodwill tally will be taken down a few points, and this can happen rapidly through social media—which is why airlines employ specialists for damage limitation (the other sort of damage): that equals A.

And that’s only the basics …

Perhaps the most worrying fact is that there are some in the sector who look upon ground damage as an accepted part of doing the job.

The question of liability

Kate Seaton is a partner at the legal practice HFW, which is based in Singapore. She reveals that she is encountering more and more cases of airlines trying to claim greater levels of compensation from handlers—and that the level of liability could rise further. ‘The reason the value of claims being made against handlers is going up is because the cost of repairing composite or new aircraft is also going up, and the repairs are taking longer. That means aircraft are grounded for longer periods, which is pushing up the value of potential loss of use/loss of revenue claims for the time the aircraft is on the ground.’

She adds that she is aware that some airlines are now trying to negotiate separate limits with the ground handler essentially ignoring the Standard Ground Handling Agreement (SGHA). ‘If this starts to happen, the International Air Transport Association (IATA) will certainly want to look closely at reacting, so as to ensure that the SGHA is relevant to the industry. I understand that an Aviation Ground Services Agreement (AGSA) sub-committee is now looking at Article 8.’ 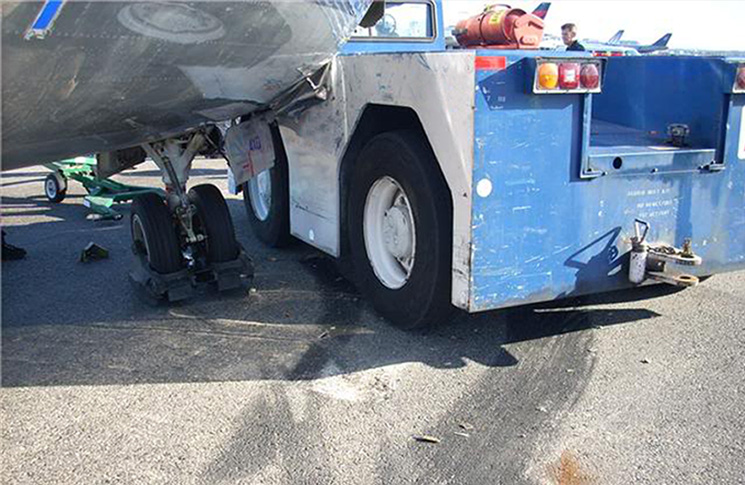 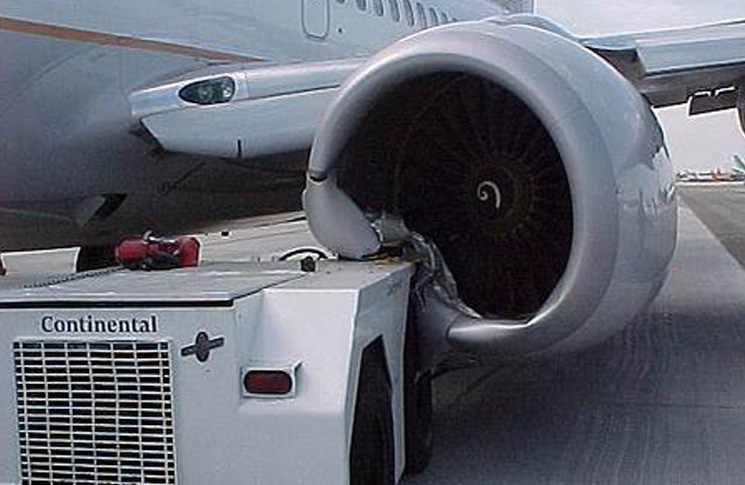 It’s not hard to see why there is a veil shrouding the subject of ground damage. Part of the problem lies in the fact that data is not readily available. Certainly, there exists ground damage databases: IATA set one up a few years ago. Likewise, the Airports Services Association (ASA) has been compiling data. And, of course, there are country-based bodies such as the UK’s Civil Aviation Authority, which are instrumental in bringing together logged reports on incidents that have occurred both in flight and on the ground. But in all instances access is restricted; usually only contributors to such databases can avail themselves of the material.

In Australia, the mandatory reporting requirements do not allow CASA to collate a comprehensive ground damage database. Rather CASA has partnered with industry stakeholders to develop the Ground Operations Safety Advisory Forum (GO SAFE). This allows the sharing of industry trends and lessons learned between ground handling agents, airlines and the regulator. This includes issues relating to ground damage incident rates and working towards standardisation of work practices to reduce the likelihood of ground damage occurring.

Building up a database is also an unenviable task. Handling companies or airlines are generally loath to wash their dirty laundry in public, so you have to ask whether everything gets fed into that data repository. Typically, when the information is passed on, it is sanitised, which is not necessarily a bad thing; yet still there are plenty of sources in the sector who disclose nothing.

And the question must be raised at this point: just how important is all that data? If it’s simply being stored in a silo and not really shared, then it’s of very questionable worth. Moreover, there are those within the industry who declare that such data is irrelevant anyhow: experience has shown that belt loaders, passenger stairs and scissor lifts are the main culprits in the realm of ground damage, something that is universally known. What needs to be done now is not tabulate and extrapolate but act.

At the 2018 Ground Damage Stakeholders’ Conference, a spokesperson from Airbus invited delegates to chip in with suggestions on how an aircraft could be made safer to handle. It was an eye-opening session, and many thoughts, some trivial, some major, were put forward. From sensible ideas, like reinforcing doorframes, to the more dramatic, like relocating the engines or self-healing skins through nano-technology, the audience found this a highly debatable (and engrossing) topic.

From the ground support equipment perspective

But is it all the handler’s fault? The old adage that correlates the success of a task with the tools deployed has, perhaps, never been more relevant. Take a look around the ramp today and, likely as not, you’ll be confronted with technology that is dated. Indeed, in certain countries, equipment that is 30 years old (or more) is not uncommon. Of course, much depends on the quality of the ground support equipment (GSE) in question and its service record but it many cases, GSE has not kept up with aircraft design (see my comments earlier about the birth of the composite fuselage).

We have to face facts: aircraft are not getting any cheaper, and when they do suffer damage, that is ever more costly to repair. For reasons such as this, some carriers (and certain handlers) have been talking to GSE suppliers about solutions. This all started long before IATA decided to introduce its AHM 913 documentation to the sector; however, the reception of the latter has, by all accounts, been a welcome one. IATA’s publication is not a mandatory requirement but at least the sector is now more aware of the situation. More importantly, the adoption of safety measures is on the rise.

Aside from rubber buffers, contact wheels, cameras and sensors, the best examples of safe practice are to be found in the realm of autonomous machinery. Mallaghan introduced a set of remote-controlled passenger steps a couple of years ago; TLD has worked on a simple passenger shuttle as well as an autonomous bag tractor, which was unveiled in 2017; JBT AeroTech has developed an impressive self-docking loader while Charlatte has been engaged in autonomous vehicle research for four years now.

If autonomous vehicles on the ramp sound frightening, it is worth bearing in mind that the technology involved here is pretty low key when compared to automation in other industries. And if the equipment that has been proved to be responsible for the majority of damage reports can be divorced from the human element and left to execute delicate tasks flawlessly, time and time again, shouldn’t this be encouraged?

Ultimately, the ‘man’ element in the man/machine interface has to be addressed. Just culture is deemed the very cornerstone of any initiative in this respect, and so it’s no surprise that more and more handling companies have this enshrined in their philosophy. Shaun Hannam is Head of Safety, Dubai National Air Transport Association (dnata). ‘For us, eliminating ground damage starts with the simple approach of “Safe Place plus Safe Person”. Safe Place involves providing the safest workplace we possibly can in the way of the physical environment, processes and equipment we purchase and use; while Safe Person refers to the manner in which our people interact and behave within the workplace and with GSE. Therefore, with our people, we need to enable a learning culture, a reporting culture—and a just culture.’

Another company offering landside and airside services, Menzies Aviation, is doing something similar. According to David Cross, VP Group Safety Standards, ‘Menzies Aviation is developing its risk management program from reactive to proactive and over time, predictive. We are also looking to other high-risk industries to find solutions and share-best practice. Training has been given a high focus to ensure staff are prepared and provided with the right tools and knowledge from the start.’

Alexandre Bolay, at Swissport, says that the handler believes that safety is about touching hearts to change minds. ‘We trust our employees and empower them to stop an operation if they feel unsafe or not trained for the task. To support this, Swissport has developed different sets of tools to engage the management and the employees, based on three pillars, namely Awareness, Knowledge, and Behaviour.’

Finally, David Clark at WFS says that the handler is also taking a three-pronged approach to ground damage reduction that sees investment in people, process and technology. ‘To give a flavour of the initiatives under each stream, on the people side we recognise that robust competence management is critical, and are deploying new tools for practical training which we call “Safety Rodeos”, where staff get the chance to practise approaching and interfacing with the aircraft using specially laid out ramp mock-ups, and under the expert eye of qualified ramp trainers.’

In conclusion, the sector is aware of the problem; what now needs to happen is the widespread application of a treatment for the symptoms of ramp rash.