As thriller novelist, Barry Eisler, once said, ‘The difference between being a victim and a survivor is often a low level of situational awareness.’ This is even more true in aviation than in Eisler’s ruthless fictional world of spies and assassins. In both worlds, killers and hazards stay hidden or innocuous until the moment of attack. Survival requires fully open eyes and a consistently suspicious demeanor.

Situational awareness (SA) is sometimes defined as an understanding of what has happened, what is happening and what might happen. It’s also about awareness of your surroundings.

Red Bull Racing pilot, Matt Hall, says that he previsualises each race so he knows what to expect and has the spare mental capacity to deal with unforeseen circumstances. ‘We can develop our ability to improve situational awareness through preparation and planning. We always look at what we want to happen, what can happen and what we don’t want to happen. When I’m in the race plane I’ve thought about it so much that no matter where I am in the track, I’m very aware of what the altitude should be, where the next pylon should be and very aware of what my next action should be. If something else pops up, I’ve got the capacity to identify it and take action,’ Hall says.

Even so, Hall had a close call during an air-to-ground gunnery competition. He describes how emotions crept up to cloud his judgement and he lost situational awareness, which almost cost him his life. After a range display data malfunctioned, combined with a desire to obtain the best score, Hall dived his RAAF F/A-18 too close to the ground without noticing. Fortunately for Hall, only one round remained, and the gun stopped firing, which was enough to pop him back into focus and recover.

Hall likens his mind to a bucket. ‘I was so emotionally engaged my bucket had filled up completely … and I failed to see everything else that was happening around me. I was physically healthy, I was mentally healthy but my emotions became too high and I missed all the external cues which said I was going to crash the aircraft. My bucket was overflowing.’

Situational awareness is one of the most critical cognitive skills a pilot needs. It is a simple concept, but also delicate. Many things can lead to your situational awareness being compromised. They include ineffective communication, fatigue and stress, high workload and challenging environmental conditions.

‘Ask yourself, am I planning for arrival at the destination to discover the weather’s not what I thought it was going to be? What’s my backup? At what point am I checking that? Am I still good? You need to plan ahead and see that future.’

Safety behaviours: human factors for pilots’ kit is out now for free on the CASA website, or can be ordered in print and on USB from the CASA Online Store. 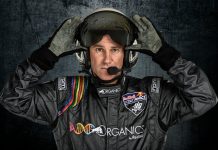 Matt Hall: Skill is not enough