Home Feature It’s all in the mind! 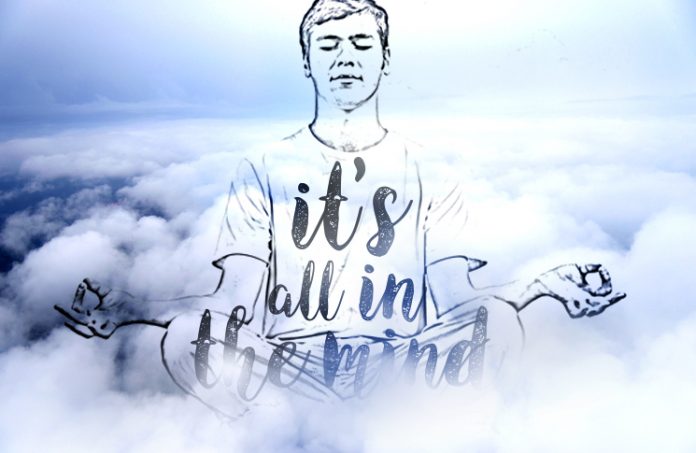 Is to fly well to be mindful? *

Kreisha Ballantyne explores whether there’s a place for the ancient art of mindfulness in today’s aviation culture.

Last year, I spent a week in an Indian ashram. I donned a maroon robe, arose at 5am and engaged in a series of meditation techniques, which included shouting, jumping, sitting still and becoming aware of my breathing. The end goal was mindfulness.

Having very little in the way of a spiritual background, I had no real understanding of mindfulness. I had noticed the prevalence of the word, along with adult colouring books and countless yoga centres, but as an atheist, meat-eating, wine drinking, shoe buying child of the West, I’d assumed mindfulness and I were mutually incompatible.

Fortunately, the ashram was the perfect place to learn humility and the art of being non-judgemental. After a week, I discovered that mindfulness isn’t about veganism or wearing sandals—it is about being present, becoming self-aware and feeling alive.

Because ‘mindfulness’ is a term that is so widely overused, it would be easy to declare it a modern fad. However, the art of mindfulness has its roots in Buddhist traditions and is in fact over 2500 years old. Mindfulness is derived from sati, a significant element of Buddhism , and based on Zen, Vipassanā, and Tibetan meditation techniques.

Mindfulness is a type of meditation in which you focus on being intensely aware of what you’re sensing and feeling in the moment, without interpretation or judgement. Practicing it involves breathing methods, guided imagery, and other techniques to relax the body and mind and help reduce stress.

Mindfulness is a psychological state in which individuals engage in active information-processing while performing their current tasks. In an organisational context, mindfulness increases as people become more conscious about the ways in which the system might go wrong, and who these disruptions are likely to harm.

Does mindfulness have a place in the culture of aviation?

The science of neuroplasticity—how well the brain is capable of forming new pathways—is a well-established field of academic and medical studies, including studies documenting the changes in the physical attributes of the brain because of meditation and mindfulness.

‘When I first started flying for the Air Force, I was taught a simple technique to go from a normal state of stress to a critical state of stress,’ he says. ‘A common mental ordering of tasks, especially in emergencies is aviate, navigate and communicate (ANC). When an emergency or any abnormal situation occurs and the pilot is bombarded with a multitude of options and stimuli, he or she can quickly prioritise based on ANC.’

‘As pilots, we often complain that our job is hours of boredom interrupted by moments of sheer terror. The company gets paid for the hours of boredom, but we really get paid for how we act during those moments of sheer terror. Even the most jaundiced mind realises there is a big jump from boredom to terror and (hopefully) back to boredom,’ he says.

So how do pilots accomplish this? Experience and training, and accident investigations are the keys to bridging the gap between boredom and terror.

‘Pilots learn to react from memory during the most critical emergencies,’ says Dr Christensen. ‘In simulators, we practice maximum crosswind landings, engine out procedures at maximum gross weight, or rapid landings when the plane is on fire. Because of this simulator training, the deadly consequences of these emergencies are becoming rare. But, what about other emergencies that should be handled relatively easy, but result in catastrophic endings?’

Captain Christensen cites the example of Air France flight 447, which entered an area of thunderstorms and icing. The Airbus 330 was piloted by two first officers (FO)—the captain was resting, as required by regulations. In his essay, he points out that the situation can change in a moment, and the initial actions can make a deadly difference.

‘Modern planes are so complicated they often have computers decide which malfunctions the pilots should know about and which ones the computer can just take care of. Often, the pilots don’t know of a malfunction that the plane has handled until they are on the ground at the end of the flight or the situation gets complicated. This is known as mindful indifference (Berthod and Müller-Seitz, 2017). The engineers and test pilots have made these critical decisions during design. In the case of AF447, the FOs were concerned about important tasks of deviating around storms and communicating their deviation to air traffic control (ATC). They were not aware that a few of their airspeed measuring instruments were failing due to icing. The pilots realised something was wrong when the autopilot disconnected, and the aircraft started to descend. The autopilot disconnecting is a sign that there is something going on beyond the computers’ ability to handle the problem. The disconnect is accompanied by a loud warning to make sure the pilots are immediately aware that there is no one ‘aviating’, the first rule of piloting. The pilots were shocked into awareness and the flying pilot pulled the nose up abruptly to stop the descent. Through no fault of their own, they were not mindful of their current deadly situation. The aircraft began to stall due to low airspeed. Both pilots, and eventually the captain, did not correctly identify the malfunction. The result was the loss of everyone on board.’

Would mindfulness have worked for AF447?

‘Who knows for sure?’ says Dr Christensen. ‘But the actions the pilots took, which stalled the aircraft, before they understood the situation (came into the present) did not help. The plane’s instruments were working again within 29 seconds, but by then the plane was unrecoverable.’

In their review of the accident, Berthod and Müller-Seitz concluded, ‘Operators can prevent instinctive, emotion-driven reactions that could worsen the situation and increase its complexity. When reflecting on the pilots’ situation in the cockpit, we cannot help but think about what would have happened, had they paused for a second before rushing to the joystick.’

How do you practice mindfulness?

Mindfulness is strengthened by meditation—the more you practice meditation, the better you get at mindfulness.

The first step to meditation is concentrating on the breath. The mediator is trying to stay in the moment, noticing without judgement, blocking out all conscious thoughts. It sounds easy, but the mind gets bored and distracted quickly, so you have to continually bring the mind back to focus on the present. You are training your brain to focus on one thing (breathing) while ignoring thoughts and emotions of events in the past (distractions).

‘Once you learn to meditate by controlling your breathing, your mind associates the deliberate breathing as a call to focus, without judgement,’ attests Dr Christensen. ‘A pilot then can take a minute every hour of his or her flight to concentrate on breathing and focus. There are many apps for your personal device that remind and guide you through breathing exercises. This keeps the pilot in the moment and focused. If the crew is startled into awareness of an emergency, the shock will not be as great and the recovery quicker.’

What would happen in an emergency? In the moment of the terror, the pilot can take a quick deep breath, which tells the mind to focus. In this way, the shock is overcome, and the multiple stimuli can be handled with a clear, focused mind. In pilot training, this is called winding the clock.

‘Of course, we cannot expect pilots to meditate in a crisis; meditation is done daily as conditioning,’ he says. ‘When facing a stressful inflight situation, a deep cleansing breath while “winding the clock” should bring the training into play. This seemingly unrelated action provides the time to fully come to the present.’

While there are few controlled studies on mindfulness in aviation, those I have found conclude that mindfulness practices could complement existing mental training in pilots.

A May 2016 study published in the International Journal of Aviation Psychology concluded that mindfulness does have a positive impact on the physiological stress response and the subjective mental demands of challenging tasks in a military helicopter unit during a period of high workload when flying.

Future Sky Safety—a joint research program on safety, initiated by the association of European Research Establishments in Aeronautics—has produced a 2016 case study on Safety Mindfulness Methodology. The objective of the study is to develop and demonstrate a concrete and practical method of maintaining safety mindfulness in operational situations. The case studies were applied in an ATC organisation in The Netherlands (Maastricht Upper Area Control Centre) and an Italian airline (Alitalia). While the study is still ongoing, it has proposed that safety mindfulness can improve aviation safety by presenting a model able to improve organisational mindfulness—creating a purposeful flow of information that actively supports aviation professionals’ capability to remain mindful of safety when carrying out their activities.

While mindfulness for aviation safety is still in its exploratory stages, embracing mindfulness on a personal level is attainable for everyone. As when making a steep turn, the way to progress is to slow down. Quiet meditation, focusing on the breathing, can be conducted anywhere at any time.

Along with self-awareness and humility, mindfulness in the cockpit may not only reduce stress and induce calm, it may also make you a more pleasant colleague, a better co-pilot or, perhaps, simply a happier, safer pilot.

*No robes or sandals required

Berthod, O. and Müller-Seitz, G. (2017). Making Sense in Pitch Darkness: An Exploration of the Sociomateriality of Sensemaking in Crises. Journal of Management Inquiry, Vol 27, issue 1.

‘You are the sky. Everything else is just the weather’. Pema Chodron.