Home Close calls This can’t be the leans, I’m not in cloud!

I’ve tried to avoid situations that cause raised heart rates and sweaty palms while flying and have mostly achieved this. I’m pretty conservative and before gaining an instrument rating, avoided cloud by large margins and since gaining the rating, fly in generally ‘good’ instrument weather. I’m particularly conscious of the danger of the leans having had one powerful demonstration of its effects, and I wasn’t even in cloud or at night!

Several years ago, I was returning to Jandakot from a flying tour around North West WA. Our plans had the fairly ambitious goal of leaving Broome in the morning, refuelling in Meekatharra, then on to Jandakot before last light. We were travelling in a Cessna 182 with huge tanks; it wasn’t IFR but had the usual fit of instruments and aids and a basic autopilot that sort of followed the heading bug in smooth conditions. Give it any bumps and hand flying was the better choice. We did a lot of hand flying. 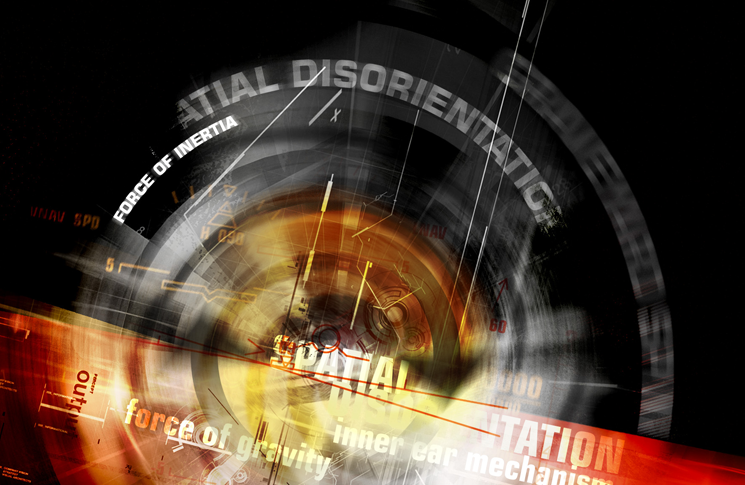 So there we were, refuelled, fed and trundling south from Meeka, with a steadily lowering cloudbase. The forecast was iffy about making it through to Jandakot—VFR underneath and the cloud tops were way too high to go over. About ten minutes after overflying Mt Magnet we were down to around 1000 ft AGL and it didn’t look like it was getting better. So, we returned to Mt Magnet, called it a day, and called one of the local hotel/motels and they very kindly came out and picked us up.

The next day was a write off weather-wise—one look at the forecast and I told the team we’d be enjoying Mt Magnet for another day. Everyone was cool with this as I’d briefed them at the outset to expect delays.

The following day’s forecast was more promising. The low cloud and strong winds had gone and while there was a lot of broken cloud up to 8000 ft, the base was expected to provide at least 1500 ft AGL clearance. The decision was to go. We had plenty of fuel and expected to be past the cloud by Ballidu (a small town with a VOR/NDB back then). The first twenty minutes went as expected but we were again being pushed down to 1000 ft AGL with rising ground approaching. The cloud was broken stratocumulus/cumulus, but with large holes. By large, I mean 5 nm or more long and 3–4 nm wide! Not tight little gaps and there were plenty of them. As I could use the navaids for tracking above cloud, I decided it would be better to climb up through one of the breaks and continue VMC on top. I’d been able to confirm from other pilots that the cloud did break up at Ballidu, about 80 nm south of us.

The trouble began as we started to get a horizon from the edges of the cloud tops—the cloud horizon was sloped! Only ten or so degrees off horizontal, but I was finding it increasingly difficult to fly straight and level! My eyes wanted me to be in a bank—it felt like we were still in a turn when we were straight and so on. I was acutely aware of being affected by the leans and it was a struggle to keep things comfortably under control! I tried switching from being on the instruments to looking out the window—I desperately didn’t want to enter cloud and put that as the highest priority. This just didn’t work! I’d get sort of settled on the instruments then look out to avoid the cloud and the leans would be on again. Not at all nice!

We staggered on around another circuit, or so it seemed to me (my passengers didn’t notice, so it may not have been as bad as it felt to me!) with an increasing level of personal disquiet. Finally, I recalled the autopilot and flipped it on to wings level then heading mode (attitude was distinctly manual till you reached cruising level). What an amazing difference! The leans and stresses basically vanished within seconds. I was easily able to complete the next circuit visually and get above the cloud where we were able to continue on top and head for the Ballidu VOR. The cloud dissipated south of Ballidu and we continued to Jandakot without any further issues.

So, what did I learn from this? Here are my thoughts:

My flying aims remain a normal heartrate and dry palms!